In the coming weeks, the Defense Department, the Air Force and the Army will have new secretaries.

WASHINGTON — Within the span of two days last week at the Pentagon, three top officials who played key roles in DoD space organization, policy and procurement stepped down from their posts.

Just hours after news of the resignation of acting defense secretary Patrick Shanahan broke on June 18, SpaceNews learned that the Air Force secretary’s top space adviser John Stopher will be departing July 19. The next day, the director of the Space Development Agency Fred Kennedy told undersecretary of defense for research and engineering Mike Griffin that he would be leaving the job.

All three departures in varying degrees will impact the direction of military space reforms and other activities that had been gaining speed under Shanahan.

Shanahan resigned following revelations of domestic violence in his family. During his tenure as deputy to former secretary Jim Mattis and as acting secretary after Mattis stepped down Dec. 31, Shanahan made the standup of a Space Force as a separate military service one of his top priorities even though Mattis was said to be opposed to it. His advocacy of space was one reason President Trump was considering nominating him as permanent defense secretary. Shanahan personally oversaw the writing of the legislative proposal to establish a Space Force under the Air Force, a service that is undergoing its own leadership transition following the departure May 31 of former Air Force Secretary Heather Wilson.

Before leaving her post, Wilson put Stopher in charge of planning for the reorganization once Congress enacted the new space service. Stopher also was one of a small group of DoD officials who briefed congressional committees on the Space Force proposal earlier this year. He told Trump in a letter he is moving on to seek opportunities in the private sector, although his departure is said to have been precipitated by internal efforts to remove members of Wilson’s inner circle from key posts.

Air Force acting secretary Matt Donovan told DefenseNews in an interview at the Paris Airshow last week that Stopher was “very supportive of Secretary Wilson’s agenda for space, and we appreciate his service.”

Shanahan and Stopher stepping down on the same day is coincidental. So far there are no signs that this could spell trouble for the space reorganization although some Space Force advocates worry about disruptions during the transition ahead. “What’s really bad is that it provides Congress the impression that no one who sold them the plan is still around, and they do not know if anyone left will take up the mantle,” said a former DoD official.

Army Secretary Mark Esper becomes acting secretary on June 24. The White House on June 21 officially nominated him to be permanent defense secretary. DoD comptroller David Norquist was nominated to be deputy secretary and undersecretary of the Army Ryan McCarthy is being promoted to secretary, replacing Esper. All three nominations will be considered by the Senate in the coming weeks.

Complicating matters, Esper is likely to be acting defense secretary only temporarily as federal law prohibits a nominee to serve in the acting role while awaiting Senate confirmation. The Wall Street Journal reported June 21 that Navy Secretary Richard Spencer, who is next in the line of succession of Senate-confirmed officials at the Pentagon, is expected to serve as acting secretary of defense until Esper is confirmed.

The Defense leadership transition will continue over several weeks while the House and Senate continue to push forward their defense policy bills. Each has separate proposals in the 2020 National Defense Authorization Act to create a space military branch and the differences will be hammered out in a House-Senate conference.

The Senate this week is likely to confirm Gen. John Raymond as commander of U.S. Space Command. Meanwhile, the Senate Armed Services Committee will be pressed to consider not only Esper’s nomination but also that of Air Force nominee Barbara Barrett before the August recess. According to DoD sources, Barrett has submitted financial records, is undergoing an FBI background check and has begun informal preparation. She was vetted and confirmed as U.S. ambassador to Finland during the George W. Bush administration, which might help move the process along faster.

If Barrett is confirmed before the end of September, she would be taking over as the Air Force’s top civilian just in time to implement whatever comes out of the NDAA conference. “The planning team is well started and the engagement is largely done,” according a high-level source. Both Barrett and Esper are regarded as competent leaders who will make space a priority and work more cooperatively than was the case during the Shanahan-Wilson era. “Mark understands the Hill from a lobbyist and staff perspective, which is helpful,” the source said. “He builds relationships of trust with peers and subordinates.”

If Barrett is confirmed, she would presumably name a space adviser to replace Stopher, but that job could change if the Senate NDAA language becomes law. The Senate is proposing to elevate the principal assistant for space to a higher level Senate-confirmable post overseeing all space acquisitions.

The resignation of Fred Kennedy as head of the Space Development Agency just over four months after being hand-picked for the position stunned the national security space community.

The timing of his departure is unrelated to Shanahan’s and Stopher’s, sources confirmed. It came days after another member of Griffin’s team — Chris Shank, head of the Strategic Capabilities Office — also left DoD. According to InsideDefense, Shank quit after Griffin decided to merge the SCO with DARPA. The move is controversial and likely to be challenged by congressional committees.

According to several industry and DoD sources, tensions at the SDA had been bubbling for weeks after Griffin started taking more direct control of agency decisions such as personnel hirings and engagements with the private sector. These sources said Kennedy was gradually stripped of the autonomy and resources that he thought he would have in order to run the SDA, and that caused a major rift.

Kennedy quit on June 19. The Pentagon on June 21 issued a statement that he will be returning to the Defense Advanced Research Projects Agency. Sources said Kennedy was not informed of what was in the statement. Kennedy is still technically a DARPA employee as Griffin’s office had not yet completed the paperwork to make him a member of the Senior Executive Service. These sources also said that Griffin and his deputy Lisa Porter in recent weeks had been interviewing candidates to replace Kennedy.

The upheaval has stirred questions about the future of the SDA, an agency that Shanahan officially signed into existence on March 12 and for which both him and Griffin fiercely advocated. The standup of the SDA was seen a political victory for both leaders given that the Air Force came out strongly against it. The White House demanded a Space Force but never asked the Pentagon for the SDA so Shanahan and Griffin were the main drivers.

Pentagon spokeswoman Heather Babb said in a statement that Shanahan’s departure is not expected to impact the SDA. “There is no change to the mission or activities of the Space Development Agency. SDA will drive the department’s future threat-driven space architecture and will accelerate the development and fielding of the new military space capabilities necessary to ensure our technological and military advantage in space for national defense.”

Besides differences over the management of the SDA, a rift between Kennedy and Griffin also widened over the idea that the SDA would build new systems using mostly available technology from the open market. That was a key message that Kennedy hammered in public appearances and media interviews after he was appointed director.

Griffin and Porter, sources said, want to take a more cautious approach and not bet the future of SDA on the success of commercial broadband constellations that are now being developed by major industry players.

One of the challenges for Griffin and for the next SDA leader will be to reset the conversation with Congress about the agency’s role. Lawmakers repeatedly have said they are unclear on why the SDA was created and what it will do. When plans to create the SDA were first revealed, officials said one of its tasks would be to deploy early warning satellites in low Earth orbit to help detect and track hypersonic missiles, at a fraction of the cost of traditional government-developed satellites.

Wilson in February sent a memo to Griffin challenging the idea of using low-cost commercial satellites for missile warning. She argued that satellites in LEO are vulnerable and unsuitable for a critical mission like missile warning. When Kennedy took over he said the focus of the SDA would be to develop a communications “transport layer” to connect military forces around the world. The mixed messages about the rationale for the SDA confused committees and lawmakers on Capitol Hill. Broadband communications can be purchased as a commercial service, critics noted, so why is a new agency needed to do that?

It also baffled observers that Shanahan suggested the SDA would be taking the lead on next-generation space systems whereas existing organizations would continue to oversee current programs. That stirred concerns about how that division of labor would work, and has made it hard to sell the plan on Capitol Hill.

With Shanahan gone, a senior DoD official said, the agency might not get the same level of support. To get off the ground, the SDA needs Congress to approve a $149 million request for fiscal year 2020 but the agency also was counting on Shanahan to approve reprogramming of funds from other accounts. Without significant resources, the official said, it is hard to see how the SDA will be “building everything new in space.” 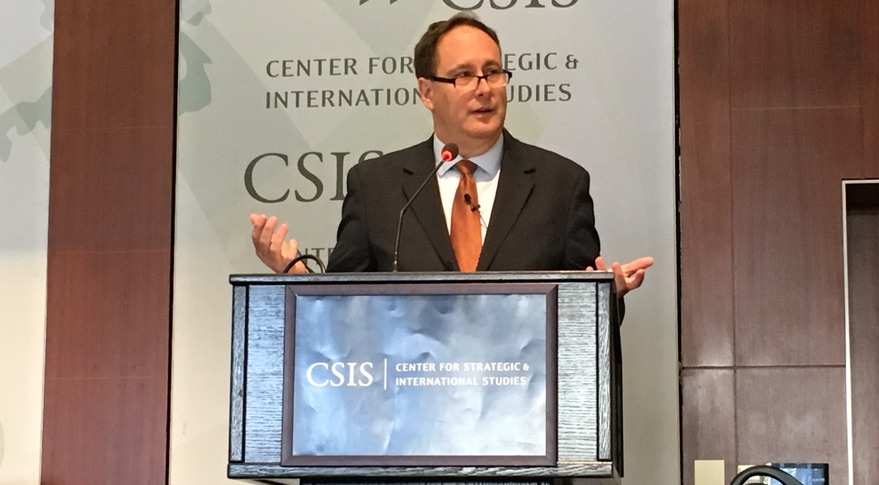 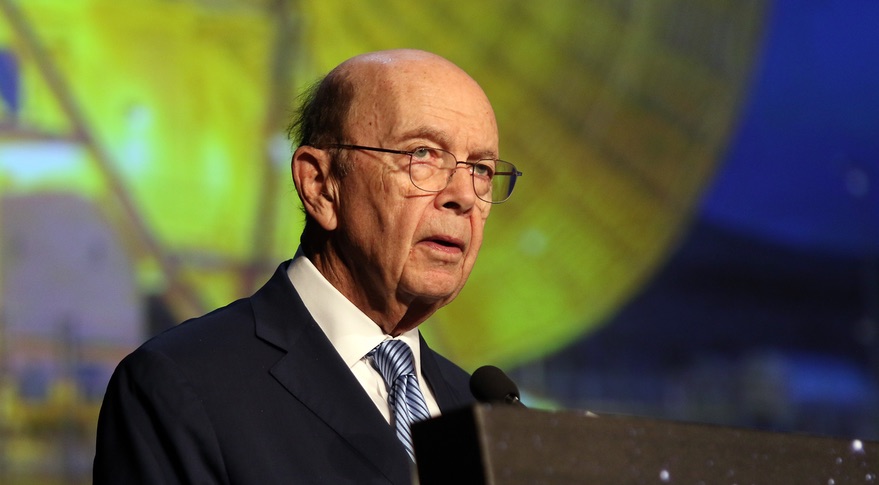 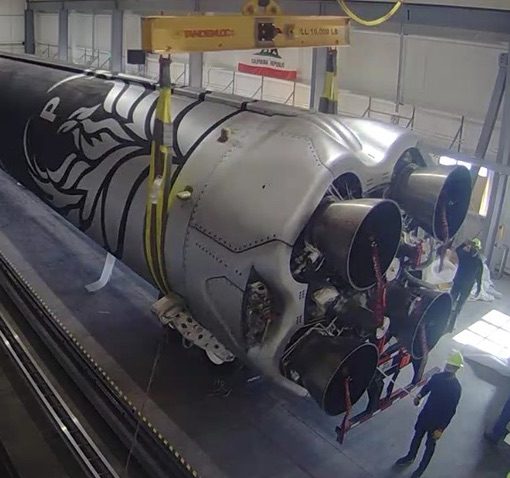