The Taliban has moved to tighten its crackdown on escalating protests against its rule, banning any demonstrations that do not have official approval for both the gathering itself and for any slogans that might be used.

In the first decree issued by the hardline Islamist group’s new interior ministry, which is led by Sirajuddin Haqqani who is wanted by the United States on terrorism charges, the Taliban warned opponents that they must secure permission before any protests or face “severe legal consequences’”.

Wednesday’s formal ban follows violent and sometimes lethal confrontations between Taliban fighters and demonstrators in several cities since the group swept to power, with women often at the forefront of the protests.

In the capital Kabul, a small rally was quickly dispersed by armed Taliban security, while Afghan media reported a protest in the north-eastern city of Faizabad was also broken up.

Hundreds protested on Tuesday, both in the capital and in the city of Herat, where two people at the demonstration site were shot dead.

The move follows other signs that Afghanistan’s new all-male interim cabinet – made up entirely of Taliban loyalists – is moving rapidly away from earlier promises of moderation and inclusivity.

The prohibition on protests came amid evidence that the Taliban is rapidly consolidating its grip on power after its recent conquest of the last areas opposing it in the Panshjir Valley, north of Kabul.

In another indication of the darkening situation for human rights, another senior Taliban figure said on Wednesday that Afghan women, including the country’s women’s cricket team, will be banned from playing sport.

The ban was announced as the international community responded warily to the new Taliban government, which began work on Wednesday. Theh US secretary of state, Antony Blinken, echoed other international figures in saying that the provisional Afghan cabinet was not the inclusive government the Taliban had promised and that the Islamist group needs to earn the international legitimacy and support it seeks.

Blinken, who made his remarks alongside the German foreign minister, Heiko Maas, while visiting a US airbase in Germany that has been a transit point for evacuees from Afghanistan, also called on the Taliban to allow charter flights carrying Americans and at-risk Afghans to depart from the country.

Maas and Blinken had chaired a virtual meeting with as many as 20 nations supportive of the US efforts to put pressure on Taliban to cooperate on the free passage of those foreign nationals and Afghans who want to leave.

Maas said the makeup of the new government was “not the signal for more international cooperation and stability in the country. It must be clear to the Taliban that international isolation is not in its interests, and especially not in those of Afghanistan’s people.”

The EU also joined criticism of the new government for its lack of inclusion, saying it failed to honour vows from the new rulers to include different groups.

“Upon initial analysis of the names announced, it does not look like the inclusive and representative formation in terms of the rich ethnic and religious diversity of Afghanistan we hoped to see and that the Taliban were promising over the past weeks,” an EU spokesperson said.

Germany, China and Japan also offered a lukewarm reception on Wednesday to the Taliban’s provisional government in Afghanistan, after the Islamist militants’ lightning seizure of Kabul last month.

The protest ban joins other recent ominous signs that the Taliban has little interest in taking a softer line on issues from women’s rights to freedom of expression than during its previous period in power, which was marked by its harsh rule.

In an interview with the Australian broadcaster SBS, the deputy head of the Taliban’s cultural commission, Ahmadullah Wasiq, said women’s sport was considered neither appropriate nor necessary.

“I don’t think women will be allowed to play cricket because it is not necessary that women should play cricket,” Wasiq said. “In cricket, they might face a situation where their face and body will not be covered. Islam does not allow women to be seen like this.

“It is the media era, and there will be photos and videos, and then people watch it. Islam and the Islamic Emirate [Afghanistan] do not allow women to play cricket or play the kind of sports where they get exposed.”

Former Afghan president Ashraf Ghani, who fled Kabul as Taliban forces reached the outskirts of the city last month, apologised on Wednesday for the abrupt fall of his government but denied that he had taken millions of dollars with him.

In a statement posted on Twitter, Ghani said he had left at the urging of his security team who said that if he stayed there was a risk of “the same horrific street-to-street fighting the city had suffered during the Civil War of the 1990s.”

“Leaving Kabul was the most difficult decision of my life, but I believed it was the only way to keep the guns silent and save Kabul and her 6 million citizens,” he said.

The statement largely echoed a message Ghani sent from the United Arab Emirates in the immediate aftermath of his departure, which drew bitter criticism from former allies who accused him of betrayal.

Ghani, a former World Bank official who became president after two bitterly disputed elections marred by widespread allegations of fraud on both sides, again dismissed reports that he had left with millions of dollars in cash as “completely and categorically false”.

“Corruption is a plague that has crippled our country for decades and fighting corruption has been a central focus of my efforts as president,” he said, adding that he and his Lebanese-born wife were “scrupulous in our personal finances”.

He offered appreciation for the sacrifices Afghans had made over the past 40 years of war in their country.

“It is with deep and profound regret that my own chapter ended in similar tragedy to my predecessors – without ensuring stability and prosperity. I apologize to the Afghan people that I could not make it end differently.” 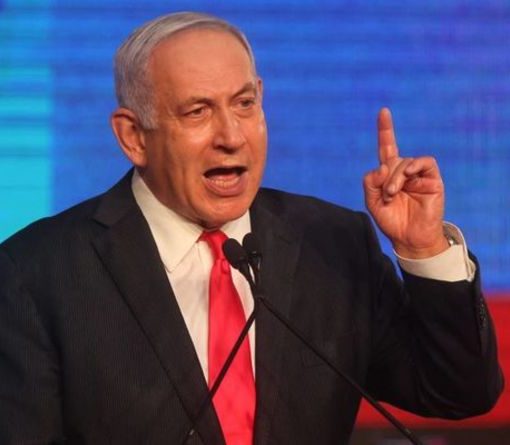 Case 2,000 sees Mr Netanyahu indicted for breach of trust after having been accused of offering to help circulation rates of Israeli […]

Almost a decade ago, when Timothy Malefyt was doing research on the nitty-gritties of masculinity for his client Gillette, he and his […] 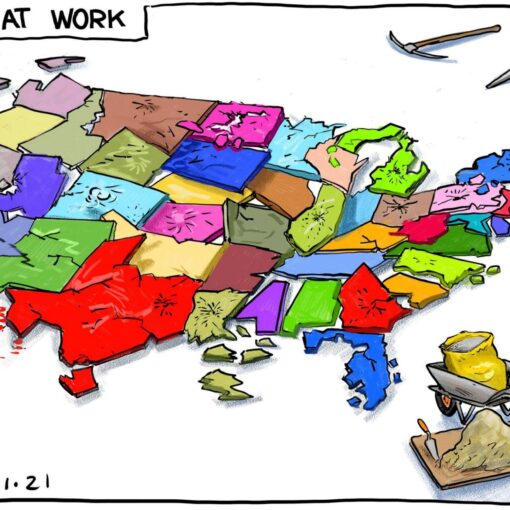 Blower cartoon – Blower ‘No time to start like today’: Biden blitzes Trump legacy Hours after being sworn in during a historic […]