Dave Scott was not about to pass by an interesting rock without stopping. It was July 31, 1971, and he and Jim Irwin, his fellow Apollo 15 astronaut, were the first people to drive on the moon. After a 6-hour inaugural jaunt in the new lunar rover, the two were heading back to their lander, the Falcon, when Mr. Scott made an unscheduled pit stop.

West of a crater called Rhysling, Mr. Scott scrambled out of the rover and quickly picked up a black lava rock, full of holes formed by escaping gas. Mr. Scott and Mr. Irwin had been trained in geology and knew the specimen, a vesicular rock, would be valuable to scientists on Earth. They also knew that if they asked for permission to stop and get it, clock-watching mission managers would say no. So Mr. Scott made up a story that they stopped the rover because he was fidgeting with his seatbelt. The sample was discovered when the astronauts returned to Earth, Mr. Scott described what he’d done, and “Seatbelt Rock” became one of the most prized geologic finds from Apollo 15.

Like many lunar samples returned to Earth by the final Apollo missions, Seatbelt Rock never would have been collected if the astronauts had not brought a car with them. Apollo 11 and Apollo 13 are the NASA lunar missions that tend to be remembered most vividly. But at the 50th anniversary of Apollo 15, which launched on July 26, 1971, some space enthusiasts, historians and authors are giving the lunar rover its due as one of the most enduring symbols of the American moon exploration program.

Foldable, durable, battery-powered and built by Boeing and General Motors, the vehicle is seen by some as making the last three missions into the crowning achievement of the Apollo era.

“Every mission in the crewed space program, dating back to Alan Shepherd’s first flight, had been laying the groundwork for the last three Apollo missions,” said Earl Swift, author of a new book about the lunar rover, “Across the Airless Wilds: The Lunar Rover and the Triumph of the Final Moon Landings.”

“You see NASA take all of that collected wisdom, gleaned over the previous decade in space, and apply it,” Mr. Swift said. “It’s a much more swashbuckling kind of science.”

Once Neil Armstrong’s small step satisfied Project Apollo’s geopolitical goals, NASA emphasized science, said Teasel Muir-Harmony, curator of the Apollo collections at the Smithsonian Institution’s National Air and Space Museum in Washington. While the first moon-walkers retrieved samples near their landing sites, scientists had long hoped for a lunar road trip that promised rare rocks. Plans for a lunar rover were finally given the green light just two months before Armstrong and Buzz Aldrin became the first humans on the moon.

Though moon buggies had been imagined for years, driving a car on the moon is more complicated than it sounds. Throughout the 1960s, engineers studied a variety of concepts: tank-like tracked vehicles, flying cars, even a rotund monstrosity shaped, as Mr. Swift describes it, “like an overgrown Tootsie Pop, with its spherical cabin up top of a single long leg, which in turn was mounted on a caterpillar-tread foot.” Ultimately, a carlike buggy came out on top.

“There were other outlandish ideas, like a pogo stick, or a motorcycle — things that I am glad they didn’t pursue,” Ms. Muir-Harmony said. “The lunar rover is, in some ways, relatively practical.”

The moon car was also quintessentially American. The rover’s exposed chassis, umbrella-like antenna and wire wheels meant it looked like no car on Earth, yet its connection to the American auto industry and the nation’s love affair with the automobile captivated public attention like nothing since Apollo 11, Ms. Muir-Harmony said.

Starting with Project Mercury in the 1960s, a Florida car dealer allowed astronauts to lease Chevrolet cars for $1, which were later sold to the public. The Apollo 15 crew chose red, white and blue Corvettes. A photo spread in Life magazine showed the astronauts posing with their iconic American muscle cars alongside the moon buggy, making the lunar rover look cool by association, Ms. Muir-Harmony said. “There’s a lot to unpack in that picture,” she added.

Mr. Irwin and Mr. Scott helped drum up excitement once they and the rover reached the moon. During the mission’s second day, the astronauts drove to a crater named Spur, where they found a large white crystalline rock, a type of mineral on geologists’ wish lists because it might provide clues about the moon’s origins.

The white rock was later named Genesis Rock, because scientists initially thought it dated to the moon’s formation.

The astronauts’ excitement, and their car, brought the Apollo missions back down to Earth, Ms. Muir-Harmony said. “It provided a point of access, even as the exploration of the moon was becoming increasingly complex and complicated to follow.”

Mr. Swift notes that some news reports at the time considered the rover an “inevitable, almost comic product of the most automotive people on Earth,” although there was nothing inevitable about this extraterrestrial horseless carriage.

To travel along with the astronauts instead of using a separate rocket, the rover had to weigh less than 500 pounds, but bear twice that in human and geological cargo. On the moon, it had to operate in temperature swings of more than 500 degrees Fahrenheit between sunlight and shade; withstand abrasive lunar dust and micro-meteoroids traveling faster than bullets; and cover a sharp, rugged surface that contained mountains, craters, loose gravel and powder. GM and Boeing engineers scrambled to finish their design in time for the final Apollo missions under threats that NASA would cancel the rover program before it ever left the ground.

​“If it hadn’t been for a couple of engineers at General Motors, there wouldn’t have been a rover at all,” Mr. Swift said in an interview.

His book also explains that immigrant engineers, including Mieczyslaw Gregory Bekker, raised in Poland, and Ferenc Pavlics, who was born in Hungary, persevered despite large budget overruns, blown deadlines and technical challenges. Though astronauts tend to claim more of the spotlight, engineers played seminal roles in the space program, Mr. Swift said, and some like Mr. Bekker and Mr. Pavlics highlighted the impact that immigrants had on American innovation.

“America’s race to reach the moon, both within NASA and at the aerospace companies that built the hardware, relied on the minds and talents of immigrants — on Americans who happened to start their lives elsewhere,” he wrote.

Once the rover arrived and astronauts unfolded it on the moon, the experience of driving was also unexpectedly odd. Astronauts compared it to other Earthly conveyances: Mr. Irwin said the car rose and fell like “a bucking bronco,” and Mr. Scott said it fishtailed like a speedboat when he tried to turn at the breakneck speed of 6 miles per hour.

Mission managers planned for the rover to travel only as far as the astronauts could walk, in case anything happened and they had to hoof it back to their spacecraft. But Apollo crews covered greater distances with every mission as NASA’s confidence grew. When the astronauts left the moon, the rovers were left at the landing sites, where they remain, gathering dust and cosmic rays. Spacecraft orbiting the moon occasionally take their pictures, and in some images, rover tracks are visible.

Astronauts found more interesting rocks, enabling scientists to ask different types of questions, said Barbara Cohen, a planetary scientist at NASA’s Goddard Space Flight Center in Greenbelt, Md., who studies the samples. The rover also allowed astronauts to focus on science more than worrying about running out of oxygen or other consumable resources, she said.

She recalled participating in a NASA analogue mission several years ago, where scientists would don spacesuits and carry out experiments in a desert field station as though they were on the moon or Mars. She remembered participants getting ready to collect a sample and being interrupted by mission controllers who wanted to check their vitals.

“We were like, ‘Come on,’” she recalled. “That drove home to me that the geology is not solely in charge. That’s one thing the rover does for you; it enables different science questions to be posed that can be more answerable at specific sites.”

Genesis Rock, a mineral dating to the moon’s earliest days, exemplifies Dr. Cohen’s point. Scientists are still debating — heatedly — how the moon came to be and what conditions were like there, and by extension, here on Earth, for the first billion years.

Dr. Cohen is among several scientists preparing to open untouched samples that have been sealed since they were returned home during the Apollo 17 mission. She will study noble gases in the samples to understand how solar radiation affects moon dust.

Katherine Burgess, a geologist at the U.S. Naval Research Laboratory in Washington, D.C., will study the pristine samples to measure how radiation from the solar wind affects hydrogen and helium levels inside moon dust. Spacecraft can detect helium on the moon from orbit, but scientists still don’t know how it varies across lunar terrain. “Without those samples to confirm it, it’s still just an open question,” she said.

Future missions might use lunar helium, especially a variant called helium-3, as a fuel source for nuclear reactors. That means a future generation of lunar rovers may be powered by a material the first generation identified the presence of a half-century ago.

Even as scientists study those original samples, many are hoping for a fresh batch, sent home with a new generation of astronauts or collected by rovers descended from the original version. In May, General Motors announced a partnership with Lockheed Martin to build a new rover for NASA’s Artemis program, which aims to return American astronauts to the Moon this decade.

Although they were built decades apart and by different teams, the lunar rover program informed the first generation of Mars rovers, too, especially Sojourner, the first vehicle on another planet. Engineers at the Jet Propulsion Laboratory, where NASA Mars rovers are built, designed six-wheeled, flexible-framed rovers in a similar vein as early GM designs, Mr. Swift said. “I do think you find an inspirational lineage in that early GM work,” he said.

Science drives today’s NASA more than geopolitics, but the space agency still promotes and carries out human space travel for reasons that go beyond rock prospecting. Ms. Muir-Harmony said the lunar rovers of Apollo, and its modern successors, represent that sense of adventure.

“Science is such an important outcome of Apollo, but it is important to recognize what the public is engaged with. The appeal of the lunar rover is connected to the appeal of human spaceflight, which is being able to witness their joy and a sense of vicarious participation,” she said.

Plus, the adventure of driving across the moon, the greatest road trip of all time, is hard to resist.

Then and now, “samples and material from the moon are not getting the focus of public attention,” she said. “The rover is.” 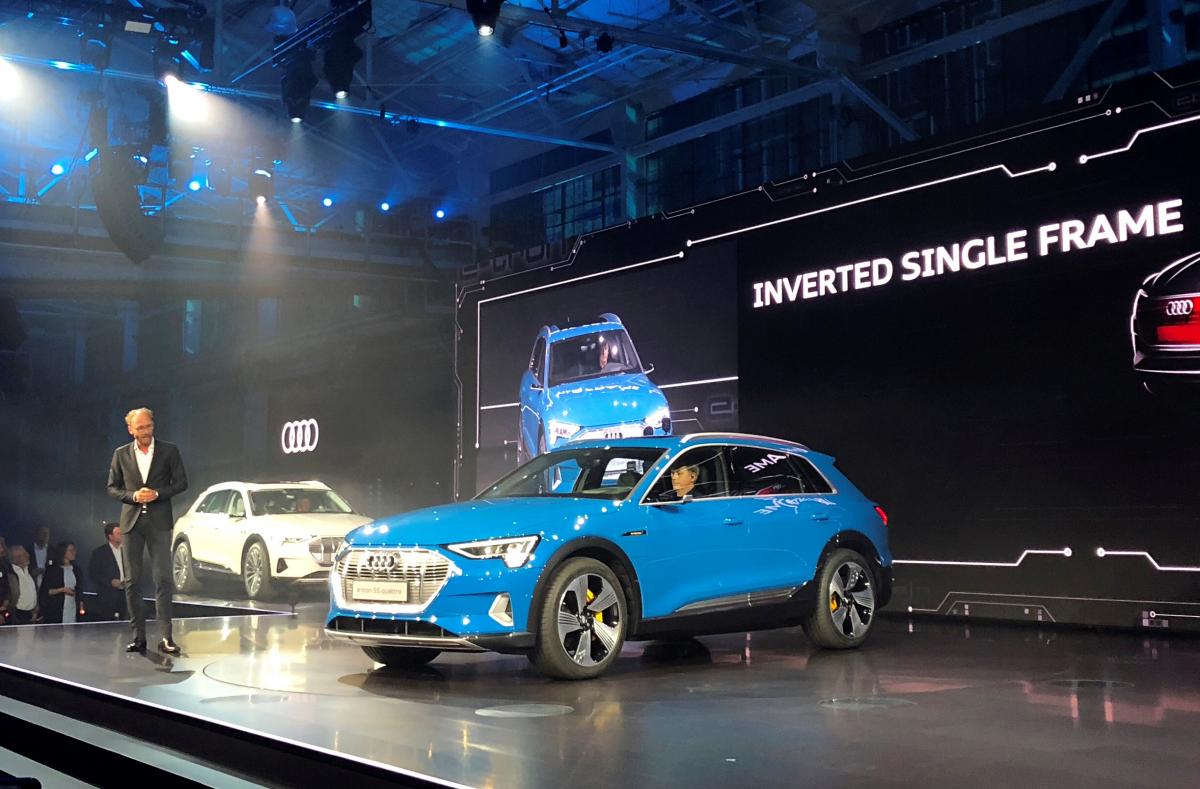 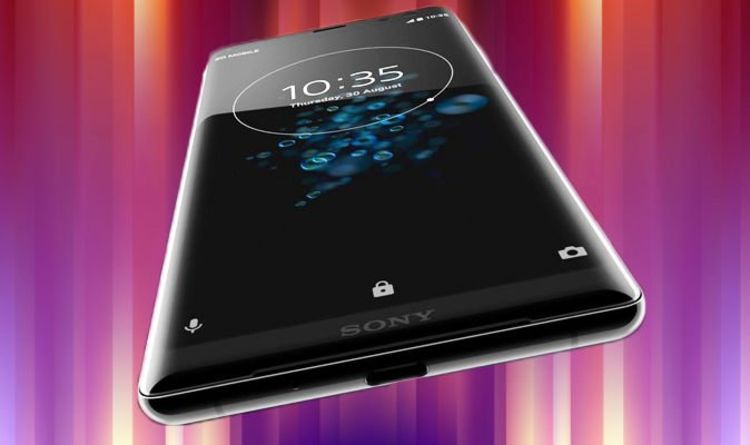 Sony Xperia XZ4 is the presumed name given to the Xperia XZ3’s successor. Sony typically debuts two flagship smartphones every year; the […] 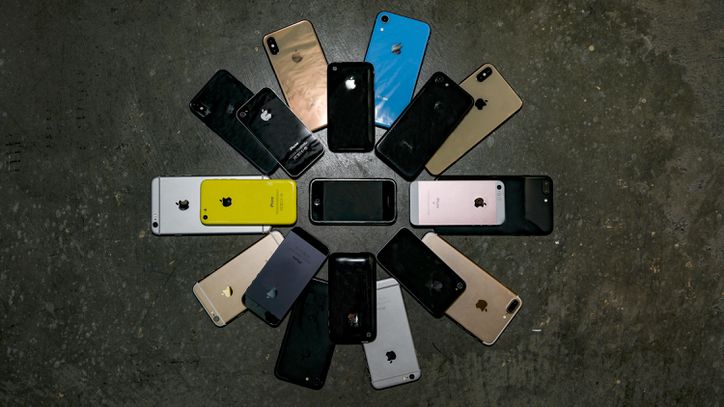 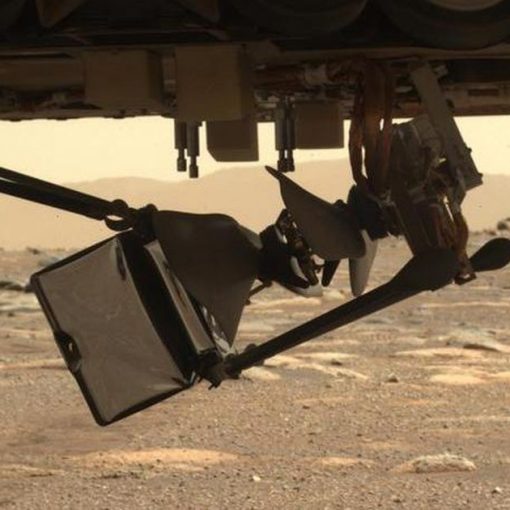 Perseverance snapped this image of the Ingenuity helicopter on March 28 close to the beginning of the deployment process. NASA/JPL-Caltech NASA has plenty […]