The $1.9 trillion stimulus bill hit another milestone on Friday, when House Democrats posted the most recent version of its COVID-19 relief package. Though the bill isn’t final yet — in fact, top lawmakers are still soliciting suggested changes — the move is the latest confirmation that the stimulus package is on track to pass before the current unemployment benefits expire March 14. “We will meet this deadline.” Senate Majority Leader Chuck Schumer said Friday.

Unlike with the previous COVID-19 bills, Democrats, who control the House and Senate, are speeding up the passage of a bill using a technique called budget reconciliation. That will allow them to push past Republican opposition. While Democrats cite surveys that Republican voters support a larger stimulus package, GOP leaders say the nearly $2 trillion price tag is simply too high, The New York Times reported.

The stimulus package, called the American Rescue Plan Act of 2021, includes a third stimulus check, for up to $1,400. The aggressive timeline would deliver a new stimulus payment as soon as next month, right in the middle of tax season (here’s why that matters). The legislation would also potentially extend federal unemployment aid through August and fund vaccine distribution. A plan to gradually raise the federal minimum wage to $15 an hour is in there, too, but we’ll explain why that’s complicated, as well as everything important the package could contain. This story was updated with new information.

A $1,400 third stimulus payment, with an upper income limit

Congress is settling on the $1,400 stimulus check amount. When combined with the $600 figure Congress approved at the end of 2020, this would add up to a $2,000 payment, which some people have called on for months.

Congress is also looking to target the checks at lower income earners than those who qualified for the first two payments, while keeping the income requirements the same. A hard ceiling on income, designed to exclude higher earners from getting a check, would come with a rule change for the use of dependents in the stimulus check formula. Check out our stimulus payment calculator to see how that could work for you.

The new proposal would give the IRS a deadline of Dec. 31, 2021, to finish sending the stimulus checks.

For this third round of payments, President Joe Biden is pushing to include adult dependents as well as children and families with mixed-status citizenship. Here are all the ways a third check could bring more money, or how you could get less or be disqualified altogether. Here’s what happens to your total if a check arrives during tax season.

What about student loan forgiveness?

“I do think that, in this moment of economic pain and strain, that we should be eliminating interest on the debts that are accumulated, number one. And number two, I’m prepared to write off the $10,000 debt, but not $50,000,” Biden said Feb. 16. The current House bill doesn’t address student loan debt.

The weekly $300 federal unemployment checks Congress approved in December as part of the $900 billion COVID-relief legislation are set to expire in March. During his presidential campaign, Biden pushed to reform the unemployment system and said he’d work with Congress to extend the unemployment benefits that had been authorized under last year’s CARES Act and renewed in December, “for however long this crisis lasts.”

The House version of Biden’s plan would send $400 federal unemployment payments through August, with triggers that would extend the benefits after September for those who continue to be out of work and include automatic payment adjustments linked to health and economic conditions.

If a new bill is approved by March 14, it would renew the federal unemployment aid without a gap in funding.

In his plan, Biden proposes expanding the child tax credit that currently allows families to claim up to a $2,000 credit for children under age 17. If approved, the plan would extend the benefit to lower-income families who otherwise wouldn’t receive the credit. Under Biden’s plan, families could claim up to $3,600 per year for a child under age 6 and up to $3,000 per year for those ages 6 to 17.

According to Howard Gleckman, a senior fellow at the Tax Policy Center, the expansion would target low- and middle-income households. “More than one-third of the benefit would go to the lowest income parents, who’d get an average tax cut of almost $3,300,” Gleckman wrote on Feb. 10. “Low and middle-income parents would receive nearly 80% of benefits.”

The plan would also expand child care tax credits for one year to help cover the cost of child care. Under Biden’s plan, families could get back as a tax credit as much as half of their spending on child care for children under age 13, up to $4,000 for a single child and $8,000 for two or more children.

Nearly 80 million doses have so far been distributed in the US — and almost 60 million administered — and the country looks to be on track to meet Biden’s goal of 100 million vaccine jabs during the first 100 days of his administration (April 30 would be 100 days after Biden’s Jan. 20 inauguration). In a town hall-style meeting on CNN on Feb. 16, Biden said that by the end of July, the country will have enough supply to vaccinate everyone in the US. The goal then becomes having enough other supplies and people to administer the vaccine.

Biden’s plan would set out $160 billion for a nationwide vaccine program that would help state and local governments get the vaccine into people’s systems.

Is a $15 minimum wage included in the House bill?

One area still up for debate is a minimum-wage hike in the relief bill, which would gradually raise the national minimum wage to $15 an hour over five years (longer for some employee groups).

While it’s unclear if the wage hike will make it through the Senate and become part of the final package, the current version of the House bill included a provision for the $15 federal minimum wage raise. The Senate could strike that from its version of the proposal before returning it to the House for a final vote — for example, it may not fit the rules for budget reconciliation. Biden has reportedly acknowledged it’s unlikely to happen with this bill, Politico reported.

If a minimum-wage raise doesn’t make it into the final bill, Biden has said he’s committed to increasing it from the current $7.25 an hour as part of a separate negotiation with Congress.

On Jan. 24, Biden signed an executive order directing the Office of Personnel Management to create recommendations for a minimum-wage increase to $15 per hour for federal jobs.

Funds to reopen schools during COVID-19

A critical piece of the economic recovery is getting students back on campus. “We are also going to need tens of millions of dollars to help reopen our schools and open them safely,” Biden said on Jan. 8. The Biden plan would work to return students to schools by having a majority of kindergarten-to-8th grade classrooms safely reopen in the first 100 days of the administration.

Along with expanding liability protections pushed by Republicans, Democratic support of funding for state, local and tribal governments was a major roadblock to reaching an agreement on a new economic assistance package through the second half of last year. With Democrats in control of the House, Senate and White House, Biden has pledged support for state and local funding as part of his administration’s relief package.

Since the fall, economists have pushed for Congress to provide funding for state and local public jobs. “The case for additional aid is strong because the downside risk of doing nothing is quite real,” the American Enterprise Institute, a conservative think tank, said at the end of last year. “The fact that over 1 million state and local government workers have lost their jobs is a sign that fiscal distress has had real consequences.”

On Jan. 8, Biden again expressed concern that state and local governments are “slashing jobs” as a result of the pandemic, and he pledged to provide “immediate relief.” In addition to state and local funding, Biden’s plan would provide funds for food and water assistance and food stamps.

Extend the eviction ban through September

On Jan. 20, Biden signed an executive order extending the eviction ban through March, which means it may not be part of the final new stimulus bill at all. Biden’s proposal would extend the eviction and foreclosure moratoriums until Sept. 30. The plan would provide $30 billion in rental assistance for renters and small landlords, especially for low- and moderate-income households.

We’ll continue to update this story as Biden reveals more details of his plans. For more information about stimulus money, here are the top facts you need to know about stimulus checks. 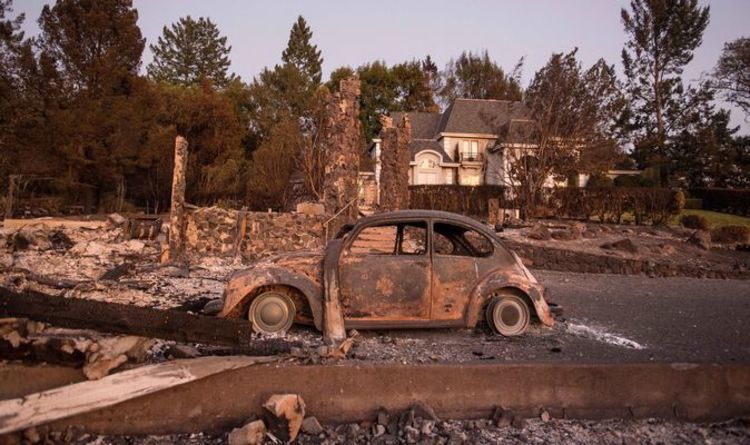 California wildfire season should now be approaching their conclusion, as Autumn yields the general end point for the driest time of year. […] 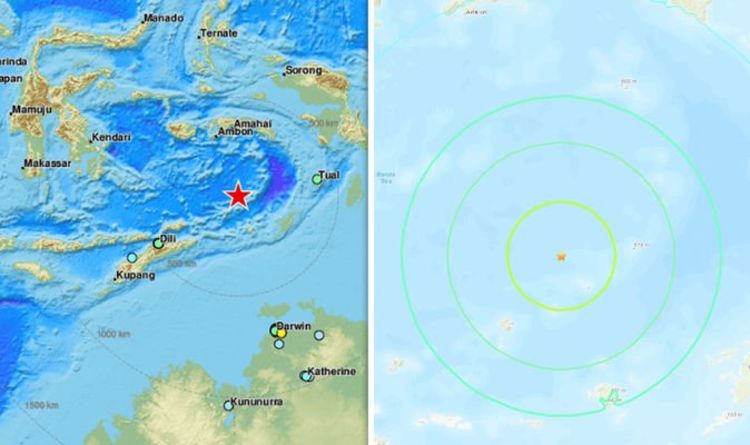 Earthquakes reaching at least 7.5 on the Richter scale have been recorded throughout the nation. The main area to be hit was […] 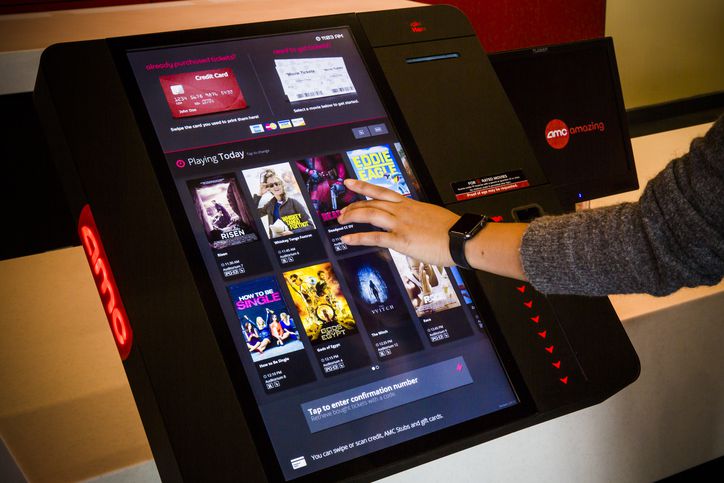 James Martin/CNET Movie theaters are hurting. Attendance has plummeted, according to The Hollywood Reporter. Theater-chain stocks have taken a beating. Could a […] 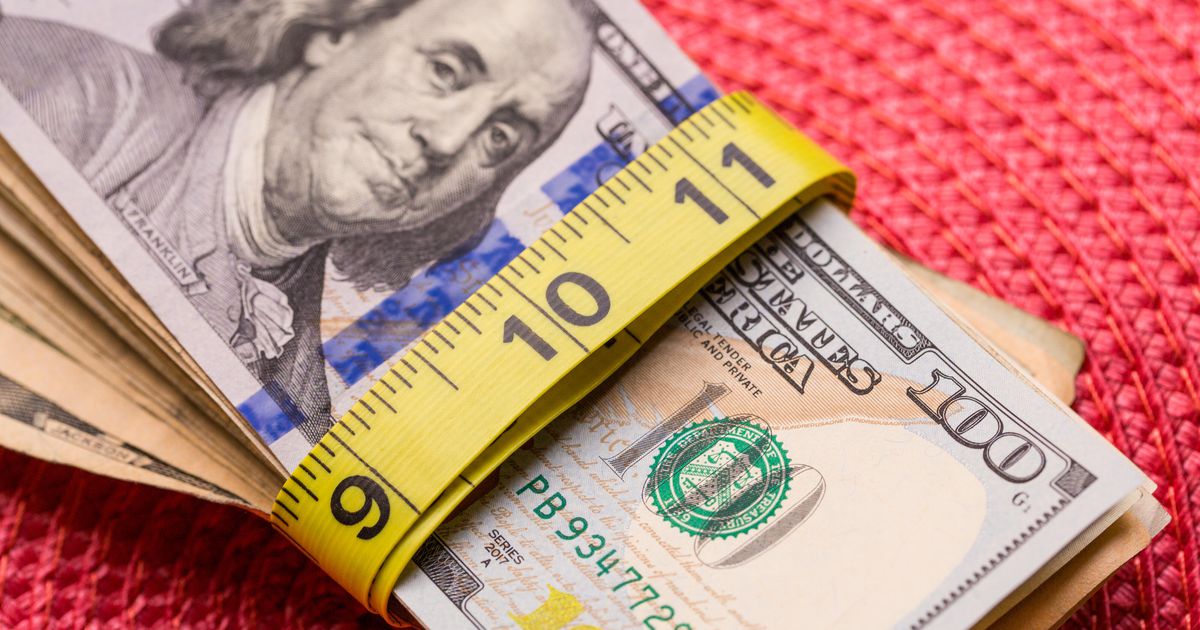 What does the election have to do with stimulus checks? Everything. Angela Lang/CNET It’s estimated that 160 million people voted in Tuesday’s […]