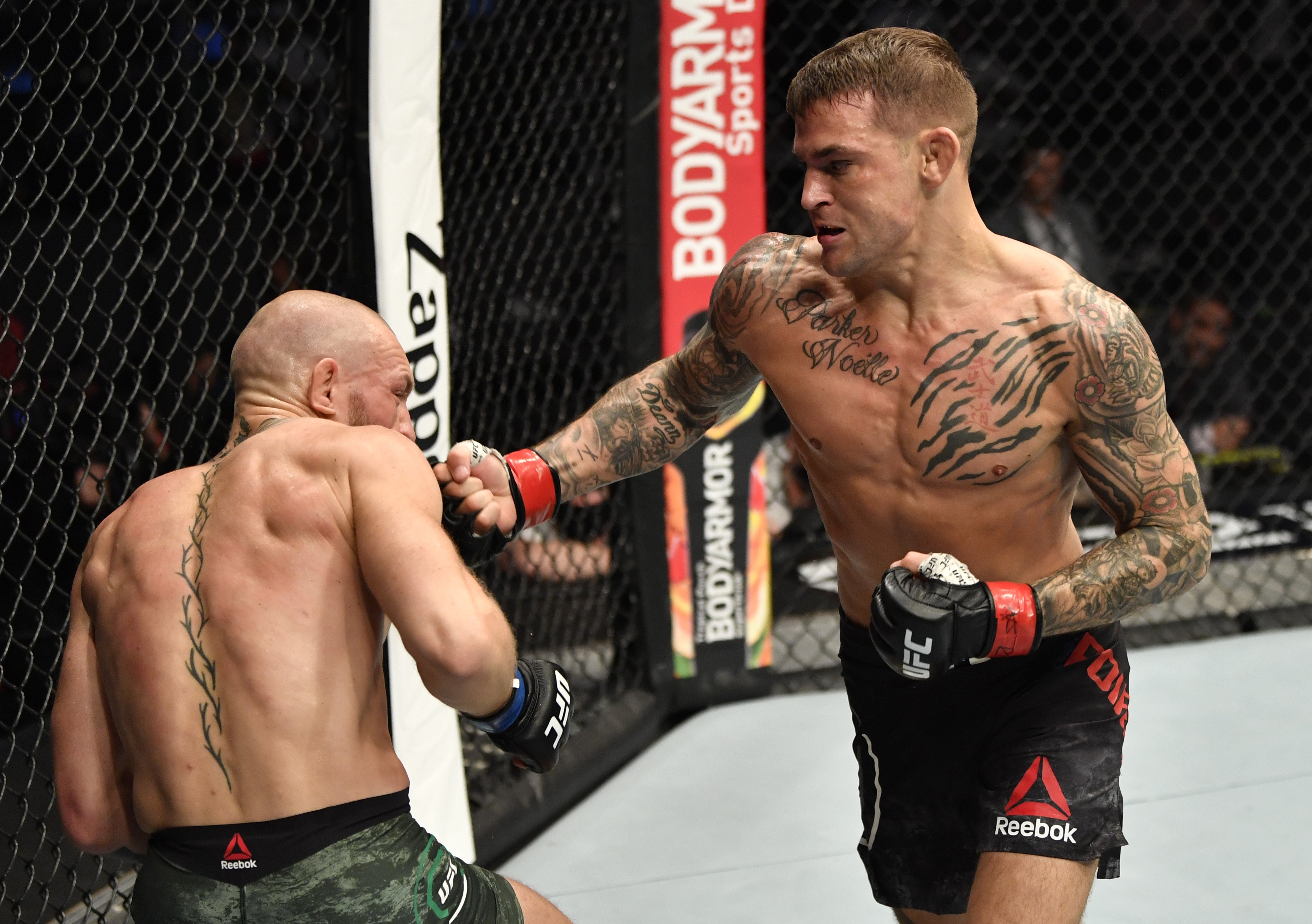 ABU DHABI, United Arab Emirates — Dustin Poirier stopped Conor McGregor with a flurry of punches midway through the second round Sunday, avenging his loss to the Irish superstar with a knockout victory at UFC 257.

Poirier (26-7) caught McGregor with a series of shots to the head before buckling his knees with two left hands. Poirier then sent McGregor to the canvas with a short right hand and finished it at 2:32 of the second, setting off stunned excitement among the few thousand screaming fans allowed inside the Etihad Arena on Yas Island.

“I think this is a title fight,” Poirier said of their lightweight bout. “I’m the champion.”

In his first fight in a year, McGregor (22-5) had a strong first round before he was stopped by punches for the first time in his mixed martial arts career. McGregor, whose previous four losses all came by submission, stayed on the canvas for several moments afterward, gathering himself after his second loss in his three MMA fights since 2016.

“You know, it’s hard to overcome inactivity over long periods of time,” said McGregor, who hadn’t fought since beating Donald Cerrone in 40 seconds last January. “I just wasn’t as comfortable as I needed to be, but Dustin is some fighter. If you put in the time, you’re going to get cozy in here. I have to dust it off and come back, and that’s what I will do. … I’ll take my licks, but I’m gutted.”

McGregor and Poirier met for the first time in September 2014 as featherweights, and McGregor won by knockout in just 106 seconds during his incredible early-career success. McGregor became the featherweight champion 15 months later, while Poirier rebuilt his career with just one loss in his next 11 fights.

With a second chance to derail McGregor while boosting his own hopes of regaining the lightweight title, Poirier didn’t miss.

Sporting a shaved head and a beard, McGregor pushed the action early against Poirier, who landed an early takedown before getting backed against the cage for stretches of the first round. But Poirier bothered and battered McGregor with leg kicks throughout the fight before throwing the punches that ended it.

McGregor has not fought regularly in recent years, but his popularity was undiminished: UFC 257 is expected to be one of the most popular pay-per-view events in the promotion’s history, according to White, and distribution problems in the U.S. early in the PPV portion of the card led fans to bombard social media and ESPN with complaints.

The UFC returns to Las Vegas in two weeks for another run of shows at the fan-free Apex gym on its corporate campus. 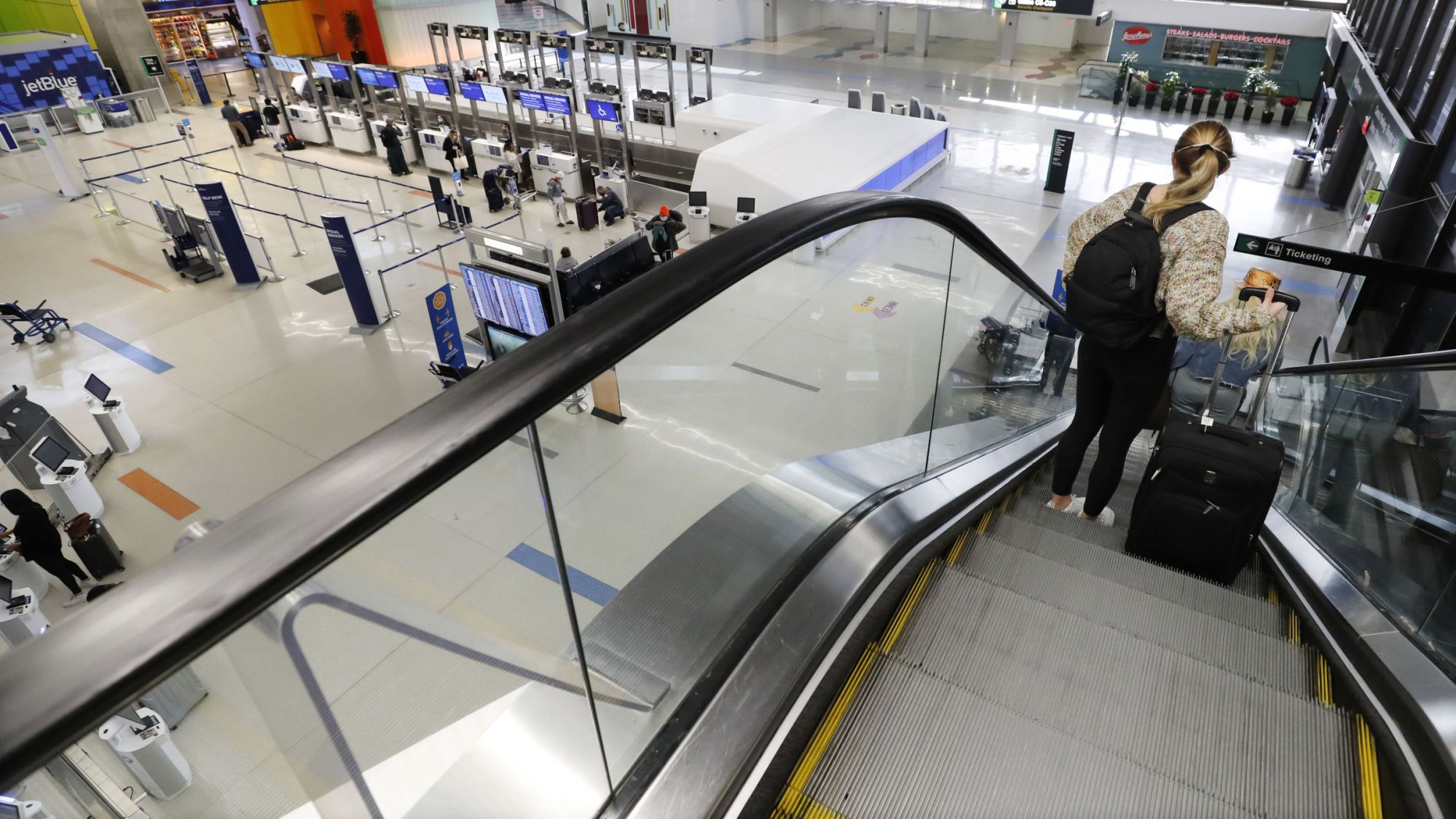 Coronavirus infections are ravaging South Dakota, where more than half of tests have come back positive for weeks. Yet Gov. Kristi Noem […] 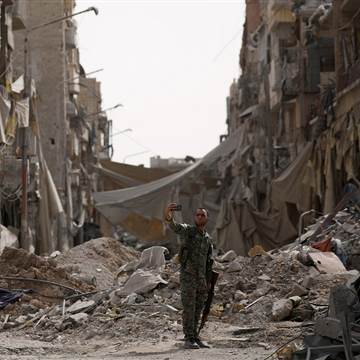 LONDON — The Islamic State’s so-called caliphate ends 2017 in tatters. But after a year in which U.S.-backed forces drove ISIS militants […]