The creators of “Selena: The Series,” the documentary filmmakers behind “Mucho Mucho Amor: The Legend of Walter Mercado” and the producers of “Diary of a Future President” are among the many Latino creators who produced meaningful moments of Latino visibility on TV this year despite a chronic lack of Latino representation.

From reimagining the living rooms of the “abuelas” and the “tías” — grandmothers and aunts — watching the iconic Puerto Rican astrologer Walter Mercado bedecked in his dramatically glamorous capes, the late Tejano star Selena Quintanilla waving at a mob of screaming fans in 1994 Chicago and a Cuban American 12-year-old from Miami who fills the White House with a diverse staff when she grows up to become the nation’s president, these TV moments can feel meaningful at a time when Latino creators feel like every win is soon followed by setbacks.

“We come from many different cultures, we speak many languages, we look different, there are so many incredible stories within our community. And yet, we’re oftentimes put in a very specific kind of narrative,” said Cristina Costantini, director of “Mucho Mucho Amor.”

Overall representation for Latinos on television was 5.5 percent throughout 2019, even though Latinos represent nearly 19 percent of the nation’s population. “That isn’t great,” de Armas said. “Latinos were significantly underrepresented on every platform, every genre, and in total.”

There is better representation on subscription video platforms, such as Netflix and Amazon, where Latino representation was at 10 percent, while broadcast had 5 percent and cable 3 percent.

The low numbers come at a time when critically acclaimed shows such as Pop TV’s “One Day at a Time” and Starz’s “Vida” were canceled this year despite high praise for their detail-oriented approach to showcasing the complexities of Latino identity.

An array of other television shows with Latinos as part of their main cast were also canceled this year — including Netflix’s “The Expanding Universe of Ashley Garcia,” ABC’s “The Baker and the Beauty,” Freeform’s “Party of Five,” Showtime’s “Penny Dreadful: City of Angels,” NBC’s “Superstore” and CBS’s “Broke,” starring Jaime Camil, who was the first Latino to lead a comedy series on the network since Desi Arnaz on “I Love Lucy” in 1951.

However, the Nielsen study concluded that “with so few programming that includes Latinos at parity or above, there is inequitable pressure on a few programs to get storylines right for all Latinos.”

Ilana Peña, who created Disney+’s “Diary of a Future President,” said she tries not to dwell on the pressure and focuses on approaching her storytelling from a place of authenticity.

“‘Diary’ is inspired by my own stories, the stories of my brilliant writers’ room, the memories and traditions of our families and friends. No culture is a monolith, and there is universality to be found in the specific,” Peña said via email. “Since Latinx representation has yet to be ubiquitous, audiences are certainly craving to see themselves on screen.”

This resonates with Rico Martínez and Jaime Dávila of Campanario Entertainment, the production company behind the success of “Selena: The Series.”

“We work in a field that’s a numbers game, right? There’s tons and tons of shows that are non-Latinx or non-Latino shows that get made, and a few succeed, right?” said Martínez, the company’s executive vice president. “Whereas with us … one show will get made every so often.”

“It’s nearly impossible to succeed that way. We have to be in the same league with everybody else, where we’re making lots of shows,” Martínez added. “Some will succeed and some will fail. That’s our normal business in the entertainment industry. And unfortunately, for some reason, up until now, we’ve only been limited to a very small number.”

“We don’t take up that much space, so when we get the opportunity, it feels as though we have to nail it so that other people will be allowed to do the same things after us,” Costantini said, recalling an instance in which a white female agent discouraged her from doing the Walter Mercado documentary, arguing that “crossover documentaries just don’t really work for us because we tried one last year and it didn’t work that well.”

She remembers the anger she felt. “They tried it once, and now this whole group of people who are almost a fifth of the population don’t get any more documentaries about their icons or about their stories?”

“Mucho Mucho Amor: The Legend of Walter Mercado” did well on Netflix, Costantini said. Mercado’s story not only resonated with Latinos who grew up watching him on TV, but with a new audience who met him for the first time through the documentary.

“Selena: The Series” was the No. 1 show on Netflix in the U.S. and in 12 other countries the week it premiered on the streaming platform, according to Campanario Entertainment.

“The time for excuses has sort of ended,” said Dávila. “There’s a rich audience that we’ve proven exists, and that wants this content. I think if you’re Hollywood and you’re not sort of servicing that audience that can deliver a No. 1 hit, you’re probably not doing the best job.”

Peña just wrapped up shooting the second season of “Diary of a Future President,” bringing in “some exciting new characters and really meaningful journeys for all of our main cast,” she said. “You will definitely laugh and probably cry. I can say that in my opinion, the show keeps getting better!”

De Armas said the research shows that among all Latino subgroups, Latinas are the least represented, and when they do see themselves on screen, the themes that are most present are about dysfunction, or emotional storylines, as well as suspense, melodrama or police-related issues.

Among other Latino subgroups, the representation of LGBTQ Latinx people and Afro-Latinas on screen was “almost invisible,” said de Armas. Afro-Latino males were represented at parity compared to their population estimates.

In part, this is why Peña said that having a show like “Diary of a Future President” while she was growing up “would have been beyond meaningful.”

With increased investment in Spanish programming and the availability of content curated for Latinos in streaming platforms, 78 percent of Hispanic households have at least one streaming video-on-demand subscription, compared with 74 percent of the total U.S. population, according to Nielsen.

While Netflix is the top streaming provider used by Hispanics, there are more Latinos relative to the total U.S. population who subscribe to the new Disney+ service, reflecting the higher number of Hispanic children in these households, according to Nielsen.

“Perhaps, as Latinos are showcased more online, Latinos are actually flocking to these sorts of platforms and to streaming content, because there is better representation of Latinos,” said de Armas. “It’s a real opportunity, I think, for broadcast and cable to think about what representation on screen looks like.”

Besides “Selena: The Series,” Campanario Entertainment also garnered success with its Spanish-language Amazon original series “Como Sobrevivir Soltero” (“How to Survive Being Single”) as the streaming platform pushed their Prime Video product in Mexico.

“We’re a company that produces both in Latin America and in the United States, and also creates programming for everything in between,” Dávila said. “We are uniquely suited to help, alongside so many other companies and creators, leading the charge in terms of not just representation, but also in proving that there’s successful business and representation.”

BELFAST, Oct 23 (Reuters) – Ireland’s foreign minister said he thinks Britain will be offered a flexible extension that could trigger Brexit […] 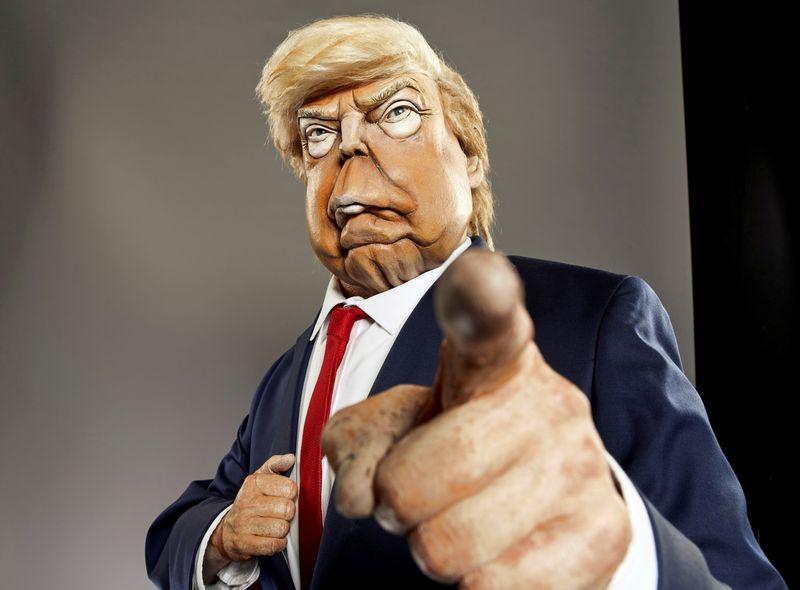 LONDON (Reuters) – “Spitting Image”, the defining British satirical show of the 1980s, roars back on screens on Saturday to lampoon a […] 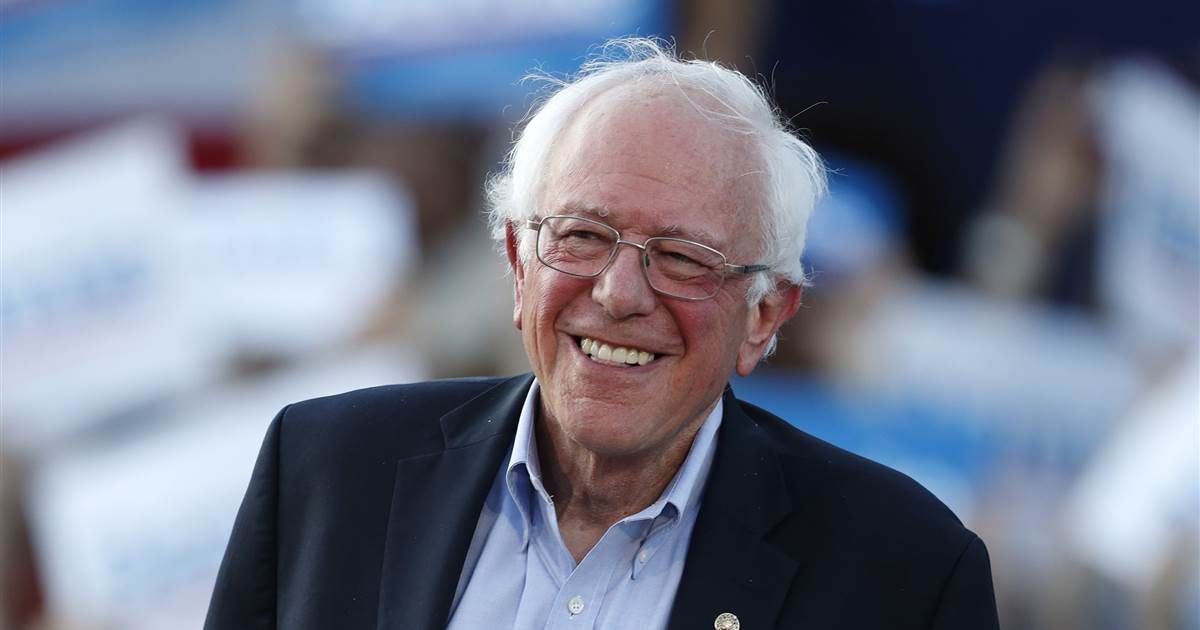