Skip to content
The belated $900 billion pandemic relief deal that Congress announced Sunday offers some rare good news during the holiday season of a brutal year and a measure of short-term help to laid-off workers and shuttered businesses hammered by twin health and economic crises.

The most optimistic interpretation of the agreement is that despite a tortured process, a deeply divided Capitol Hill finally navigated a way to consensus, pushed by a core of more moderate bipartisan senators who catalyzed compromise in a time-honored fashion.

Steps to extend unemployment benefits, make $600 stimulus payments to some adults, raise food stamps and send money to food pantries, speed vaccine deployments and keep businesses like restaurants afloat will make a tangible difference to American lives. But it is not as if Congress had a choice, and its delay significantly worsened the pain of many Americans.

The deprivation caused by the latest Covid-19 surge came at a moment when some jobless benefits had already expired, and many citizens were facing eviction or are going hungry. New restrictions caused by the out-of-control pandemic are stifling businesses and threaten to reverse a halting recovery.

And any ideas that Sunday’s breakthrough is a model for a less dysfunctional Washington during a new presidency next year are undercut by the way the bitter process of the last few weeks revealed vast ideological chasms, suggesting the disconnect in a fractured political system is becoming ever more extreme. This was borne out by the fact that Congress keeps having to pass short-term spending bills to avert a government shutdown.

If that was not enough, the multiple crises that President-elect Joe Biden will face in January are being exacerbated by the final days flailing of the want-to-be autocrat in the Oval Office. Outgoing President Donald Trump didn’t spend the weekend mustering an emergency response to the spiking pandemic or offering condolences to the families of victims of a disaster that his neglect has immeasurably worsened. He didn’t work into the small hours pushing both sides in the Senate and House to overcome differences in line with his sworn duty to the American people.
Instead, he escalated his outrageous attempt to crush US democracy. He welcomed to the Oval Office his former national security adviser, retired Gen. Michael Flynn — a man he pardoned for lying to the FBI over contacts with Russia — to discuss Flynn’s unhinged idea for a declaration of martial law to overturn the election result. Trump’s lawyers made a new appeal to the Supreme Court to invalidate millions of legally cast votes in Pennsylvania, a state he lost. On Twitter, the President kept up a corrosive stream of lies about the election — the kind that have already convinced a majority of Republican voters that the election was stolen.
And, in perhaps his most scandalous example yet of prioritizing Russia’s national security interests over those of the United States, Trump absolved Moscow of involvement in what may be the worst-ever cyberattack on the US government that his own officials publicly blamed on the Kremlin.

Some signs of hope

Still, a weekend in which the dangers inherent in Trump’s final weeks in power and the institutional fault lines of Washington were on full display could not completely extinguish the potential for hope borne by new vaccines.

In a heartening sign, FedEx trucks are already fanning out across the country carrying vials of the second Covid-19 vaccine — the newly approved version made by Moderna — to front-line health workers. The head of the government’s vaccine program, Moncef Slaoui, confirmed Sunday on CNN’s “State of the Union” that the government would ship an initial 5.9 million doses of the Moderna vaccine on Monday and an additional two million doses of the Pfizer/BioNtech vaccine.

But Slaoui also warned that in the short-term, the appalling toll of the pandemic — which is now claiming an average of 2,500 lives in the US every day — will get worse. “There will be a continuing surge,” Slaoui told CNN’s Jake Tapper.

“Exactly what the numbers may be, I don’t know. But, unfortunately, they’re going to be higher than what they are today, most likely.”

And Biden’s nominee for US surgeon general, Dr. Vivek Murthy, laid out a far less rosy timeline for most Americans to get the peace of mind offered by a vaccination than the one being trumpeted by Trump’s White House, which is seeking late-term credit to deflect from its momentous mismanagement of the pandemic.

While members of Congress and others at the front of the priority line are getting injections now, it could be many months before all Americans get the same protection, he said.

“If everything goes well, we may see a circumstance whereby late spring, people who are in lower risk categories can get this vaccine,” Murthy said on NBC’s “Meet the Press.”

“But that would really require everything to go exactly on schedule. I think it’s more realistic to assume that it may be closer to mid-summer, early fall when this vaccine makes its way to the general population.”

Democrats and Republicans fight to spin the deal

Congress’ pandemic relief deal would provide money for the purchase and distribution of vaccines — something both sides should be happy about.

Senate Republican leader Mitch McConnell, who has an eye on two Georgia Senate runoff elections in January that he hopes will secure his narrow majority, said the deal was “packed with targeted policies that help struggling Americans who have already waited entirely too long.”

But the contentious atmosphere surrounding the agreement and the testing times ahead were evident in the way that Democratic leaders panned their Republican colleagues, even as they welcomed the compromise.

“Make no mistake about it, this agreement is far from perfect, but it will deliver emergency relief to a nation in the throes of a genuine emergency,” Senate Minority Leader Chuck Schumer said on the Senate floor.

“The agreement on this package could be summed up by the expression better late than never, although I know many of my Republican colleagues wished it was never,” the New York Democrat said.

House Speaker Nancy Pelosi also accused Republicans of holding up the agreement for weeks, even though critics say she overplayed her hand in demanding a package that was worth far more than the GOP was ready to accept. After all, Pelosi turned down a $1.8 trillion offer from the administration before the election, which turned out to be double the size of the final deal.

“What took so long? It’s because we could not get our Republican colleagues to crush the virus,” Pelosi said at a Sunday evening news conference.

Among the gaping divides exposed by the debate over the relief bill are the Republican refusals to permit further aid to cash-strapped states and local governments that will be crucial in distributing the vaccine and getting kids back to school. Democrats blocked GOP efforts to provide liability protection to businesses that try to operate even while the virus is rampant.

Both provisions were deal-breakers for weeks and are certain to reemerge when Biden and Democrats seek another relief package in the new year.

Some Republican senators are, after years abetting Trump policies that exploded the deficit, now rediscovering their roots as budget hawks who are likely to be a severe impediment to Biden’s administration. Others, including Pennsylvania GOP Sen. Pat Toomey, sought to limit the Federal Reserve’s emergency lending authority in another move that Democrats saw as an effort to curtail the power of the incoming Biden administration.

Such battles may be put on hold for the holidays. But they loom among Biden’s many challenges as soon as he is in the Oval Office. 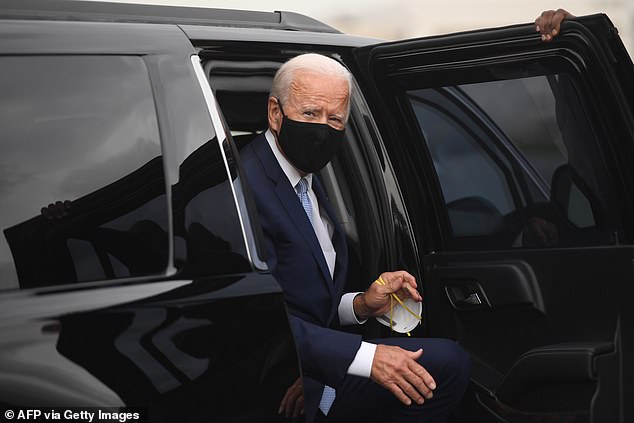 Joe Biden will blame President Donald Trump for the race-fueled disorder in several cities during a speech Monday delivered in Pittsburgh, Pennsylvania.   […] 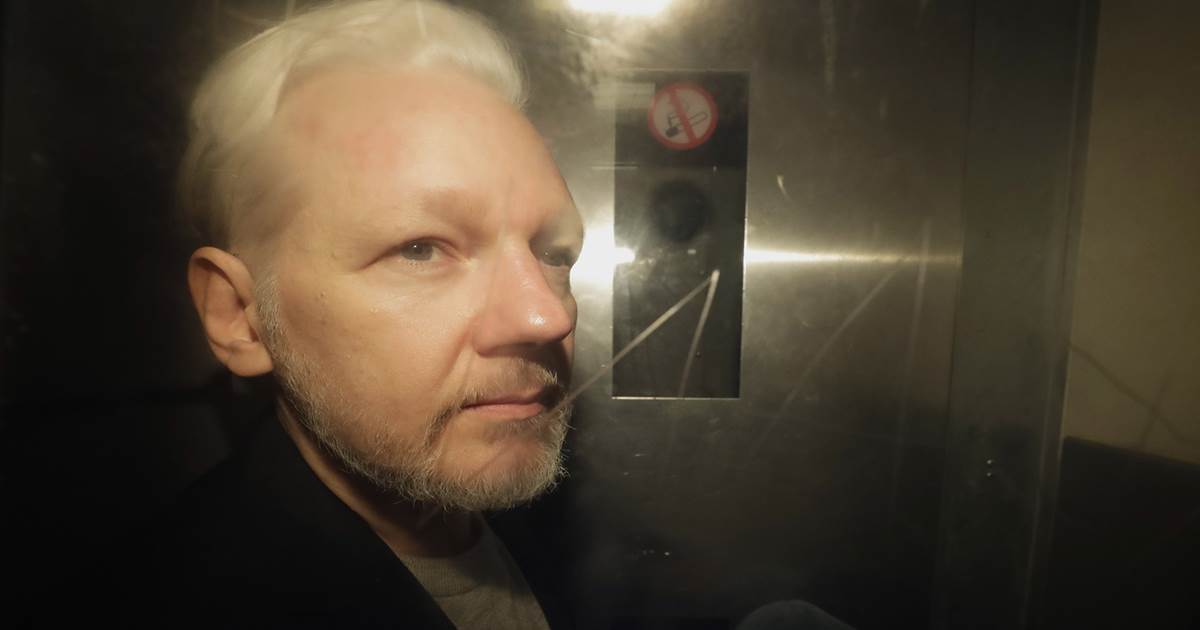 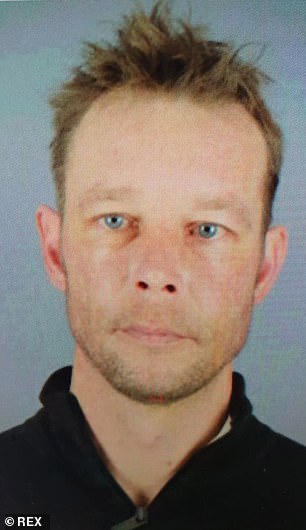