Do you like deep dives into history? What about political scandals? Or would you just rather listen to celebrities — like Bill Gates and Rashida Jones — chitchat with one another? Either way, there’s a 2020 podcast for you. Some are stand-alone, like the Wind of Change or the Rabbit Hole, while others are iterations, like Slow Burn season four. All are excellent.

Below are our picks for those looking for something new to binge.

As far as podcasts go, The New York Times is most known for The Daily. But it also produces several podcast series, including the excellent Rabbit Hole. Launched in April, it begins as a case study in how YouTube algorithms polarize people around extreme politics on both the right and the left. But it ends up going deeper, speaking to the broad schism pervading broader online discourse.

The two hijacked planes that took down the Twin Towers didn’t emerge out of nowhere; they were the consequence of conflict that had been going on for over 10 years before Sept. 11, 2001. This six-part podcast tells the story of that preceding 10 years. Including interviews with FBI agents, people who knew the 9/11 terrorists, journalists and more, this is a heavy but worthwhile podcast series from History and WNYC.

Winds of Change centers on a conspiracy theory: Did the CIA write Winds of Change, a song by German band The Scorpions? A song so powerful it helped bring down the Berlin Wall?

The conspiracy theory itself sounds hokey, but the journey that follows isn’t. This is a deep dive into the techniques agencies like the CIA use, and — ultimately — a story about the power of music to elicit change.

Do people living through insane times realize just how insane that time is? That’s the vague theme of Slow Burn, a podcast from Slate. The first season looks at the presidency of Richard Nixon and the reaction of politicians, the media and the public to Watergate. Subsequent seasons look at President Bill Clinton’s impeachment, and slain rappers Biggie Smalls and Tupac. This year’s season focuses on KKK leader David Duke and his rise to prominence.

In Bed with Megan and Nick

And now, something lighter for your 2020.

Nick Offerman and Megan Mullally are known for playing the tempestuously divorced husband-and-wife combo of Ron Swanson and Tammy in Parks and Recreation. They’re also actually husband and wife in real life, and this year started a podcast. They’re joined — in bed — by the likes of Alec Baldwin, Rob Lowe, Aubrey Plaza and more. If you’re after something breezy to chill out to, this is a great place to start.

Hey! CNET does podcasts too!

From the early days of the space race to the greatest scientific breakthroughs of our generation, women have always played a vital role in the history of space discovery. Sometimes front and center, more often than not invisible, these women helped build our understanding of space from the ground up.

The women who fought to carve out a place at NASA, the scientists who were overlooked by the establishment all the way up to the trailblazers leading the charge in the next age of discovery — we hear from six women, over six episodes, who represent six important eras in space discovery.

At one point, WeWork was valued at $47 billion. A year and a failed IPO later and the workspace company is reportedly worth about 11 percent of that. This six-part series examines the rise and fall of WeWork, and the pitfalls of the dynamic/chaotic world of tech startups.

With the chaotic pace of 2020, the accusations that President Donald Trump colluded with Russia to bolster his 2016 presidential campaign seem like decades ago. But the scandal that triggered a special council probe and, eventually, an impeachment, is one worth revisiting in depth — and that’s what the Telegraph’s six-piece Crossfire series does.

Nice White Parents is a five-part series on the US’ education system, brought to you by the New York Times and Serial-creator This American Life. It examines the different educational opportunities given to minorities and focuses on the unintended consequences of a powerful bloc: Nice White Parents.

If you’ve been meaning to rewatch Scrubs, this podcast gives you an extra reason. Zach Braff and Donald Faison, who play the best-bud duo of JD and Turk on the show, host Fake Doctors, Real Friends. Each episode of the podcast goes over an episode of the show — in chronological order, thankfully. Perfect if you wistfully remember the 2001-10 medical comedy.

And speaking of real-life best friends doing a watch-along podcast for a show they formerly starred in, Jenna Fischer (Pam) and Angela Kinsey (Angela) join forces for Office Ladies. Most episodes are around 60 minutes long, and the two go over their memories and fun details from shooting The Office. They also occasionally bring special guests in, like John Krasinski and Greg Daniels, who adapted the show from its UK original.

You may be familiar with George St. Geegland and Gil Faizon, the aging alter egos of comedians John Mulaney and Nick Kroll. They’ve conquered Broadway and now they’re taking on podcasts. Specifically, a Serial-esque run about the death of Princess Diana — until the show nearly tears their decades-long friendship apart. It’s silly, delightful and full of tuna.

We need to talk about the British Empire

The history of the British Empire and its legacy is complex. It’s also a history that many people don’t really learn about — and if they do, they rarely learn about it properly. Enter We Need To Talk About The British Empire, a six-part Audible podcast that explore the lasting impact of the Empire through the personal stories of those who lived through it. To use a cliche, it’s history come to life in a truly fascinating way.

When we think about Hurricane Katrina, we think about New Orleans being brought to its knees by powerful floods. But did it need to be that way? This eight-episode series from The Atlantic looks at the government’s response to the crisis and how much of the chaos could have been avoided.

A strange duo for a strange time: Bill Gates, of Microsoft fame, is teaming up with Rashida Jones, of Parks and Recreation fame, for a podcast. Adding the ‘cast to this list is a little premature, since there are only two episodes so far, asking questions about inequality and misinformation. But, come on… Bill Gates and Rashida Jones. The first episode features Anthony Fauci, and the second tackles inequality. So yeah, big questions.

Staying In with Emily and Kumail

Struggling with quarantine? Feeling a bit alone? Emily and Kumail are here with their guide to surviving the pandemic. They’re both writers who work from home and just kind of like staying in anyway. They give you entertainment recommendations and advice on how to avoid cabin fever. But, perhaps best of all, it’s just a really nice distraction from the world featuring two people you would really want to be friends with. 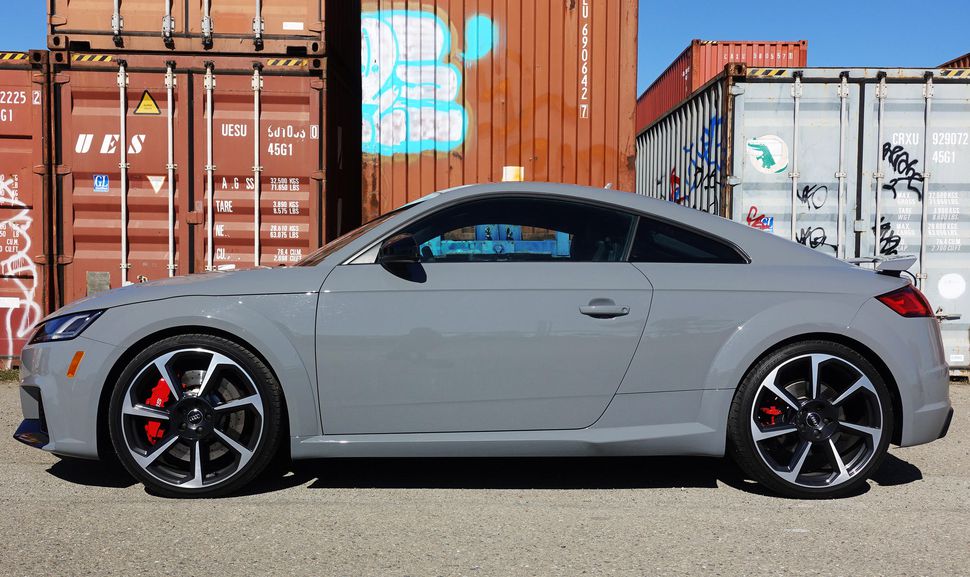 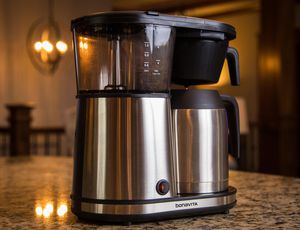 It’s been three years since the Bonavita BV1900TS coffee maker hit the scene. Back then it won our Editors’ Choice award. I […] 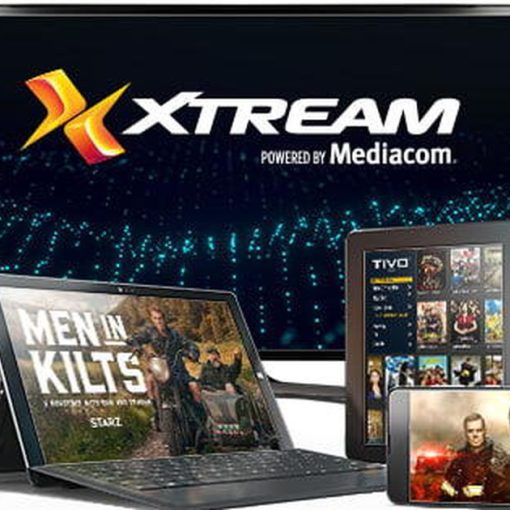 Mediacom I really can’t think of a brand name that manages both to raise and lower expectations quite like “Xtream.” I mean, […] 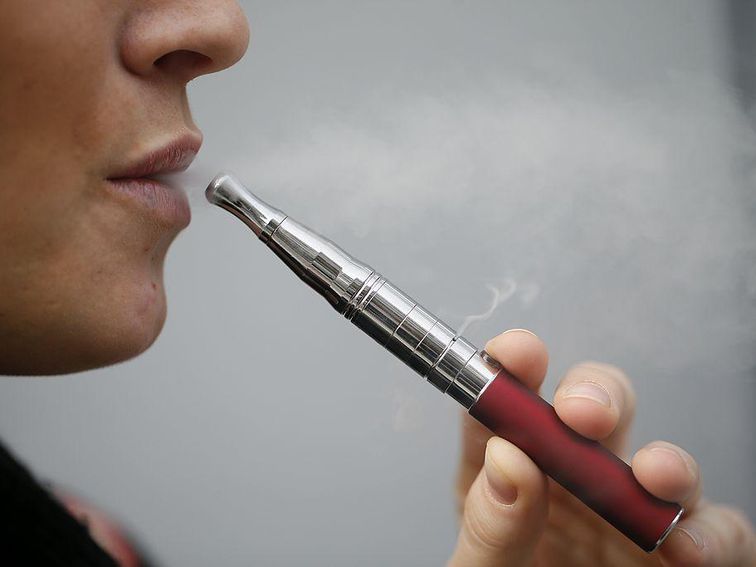