From 2010 to 2014 Richard Cobbett wrote Crapshoot, a column about rolling the dice to bring random obscure games back into the light. This week, we’re holding out for a hero. Sorry, wait. We’re holding our hands over our mouths to avoid hurting his feelings by sniggering too loudly.

In a not-too-distant future, a world oppressed by the shadow of Terrorism cried out for its saviour. And the counter-terrorism task-force known only as HELL listened. Its best scientists gathered and forged a plan. They made a prototype warrior; the first of many capable of doing what no mere flesh and blood man ever could. They made him strong. They made him heroic. They made him a living god.

They made one mistake. They named him Bert Higgins.

We may never know what convinced the forces of HELL to create a cyborg capable of disabling whole armies of hardened terrorists simply by announcing his name. Who needs a machine-gun when just those three syllables—which you just know would be grunted in an Arnie voice—could lead to criminals and hostages alike collapsing into the same pool of hysterical laughter and probably a little bit of pee. There’s no going back from that. Who cares if the day is saved if even the mayor can’t keep a straight face while handing the hero his medals afterwards?

And it’s not like this is a small matter. Names have power. Just imagine some of the most most badass quotes in movie history if the Hollywood studio system was run by the marketing geniuses who thought the public would feel comforted by having an organisation called HELL watching over them.

“Now you know why they call me ‘Dirty Cuthbert’. Every dirty job that comes along.”

“I am Ripper… Tearer… Slasher… Gouger. I am the Teeth in the Darkness, the Talons in the Night. Mine is Strength… and Lust… and Power! I AM NIGEL!”

“Do you expect me to talk?”

Of course, in the real world, you’ve got to give the creators some credit. Bert Higgins: The Man From HELL may be in the running for the stupidest name ever, but you’re never, ever going to forget it, are you? Even when you’re lying in your death-bed, hopefully at least many months from now, there’ll be at least one cell of grey matter recalling that at one point you became aware that this game existed and that it was real. That’s quite an achievement, even in a world with Tongue of the Fatman.

In short, yes, it’s an epic, epic failure. But also a bit of a success. This was an indie game looking to get some attention, and it wasn’t likely to do it with amazing action or photorealistic graphics. If it wasn’t called… well… this, would it ever have gotten a review in the esteemed PC Format, even a teeny-tiny one at the back that said not to bother getting it? Probably not. At the very least, it gets bonus points for its name being very, very deliberate, which is more than you can say for a certain Nintendo DS game called—genuinely no kidding—Faceez.

Despite its silly name, Bert Higgins is a deeply po-faced shooter, spiced up by inadvertently funny messages like “Due to your incompetence, too many hostages were killed. This has been an embarrassing day for the BERT project.” It’s hard not to keep imagining the poor damned souls back in HELL slumped at their terminals, trying to work out where it all went wrong. The day they found out their careers were now in the hands of a cyborg called Bert Higgins, probably.

As the ultimate weapon, Bert Higgins definitely lives up to his name. Unfortunately, as I may have mentioned once or twice, his name is Bert Higgins. He can punch a terrorist’s heart out through another terrorist’s back with little problem, but that doesn’t help much when said terrorists have brought along robot spiders and about five goons for every hostage. What little ammo you get is spent very, very fast, enemies are invisible if you don’t have line-of-sight on them, and they can kill poor Bert Higgins with very little ceremony even on regular difficulty. It would help if the controls included the ability to aim in 360 degrees with the mouse while moving with the keys, but they don’t, so it doesn’t.

I put the blame for Bert’s uselessness on HELL, whose training leaves much to be desired. Bert’s final test starts with a great demonstration of how much they value intelligence and initiative. He has to escape from a completely sealed room with no supplies and no assistance… except for the door key sitting a few steps away on his table. A case for Jonathan Creek this is not. Subtlety then goes completely out of the window to be replaced by gunning down a village full of guards with a shotgun that seems to be using live ammo. At the very least, if you die, the game simply ends without you ever finding out that your whole existence is part of a conspiracy to blah blah, who cares.

No, really. I’m a huge advocate of story in games, but I draw the line at becoming emotionally invested in a character called Bert Higgins. And I’ve played the Space Quest games. You know what Space Quest’s love interest is called? Ambassador Beatrice Wankmeister. After Bert Higgins, that’s nothing.

Okay. So it’s almost nothing.

Bert Higgins: The Man From HELL never got a big release back in the day. I know about it because of that PC Format review I mentioned, but didn’t actually get to play it for a good while longer. You can though. As a result of trying to track down a copy for this very column, one of its creators decided the time had finally come to declare it abandonware. You can download the whole thing from the Internet Archive, and it runs just fine in the mighty DOSBox without any technical fiddling.

Is it worth playing? Not really, except for one point that shouldn’t be forgotten. By doing so, you’ll always be able to say you’ve played a game called Bert Higgins: The Man From HELL, and who could put a price on that? I could, and it would be £50,000. But it’s Mort and co’s game, and they’ve gone with free instead. They’re obviously nicer/more generous/more grounded in reality than I am.

One minor point, though. I do need to quickly clarify a statement made by one of the creators of Bert Higgins, lest some of the other games I own get the wrong idea. While it’s absolutely correct that this column isn’t just about lynching crap games, let it never be forgotten that lynching always remains an option!

Not this time though. With Bert, I’m just happy to finally have evidence his game exists, so nobody can ever again accuse me of just making it up. Unless of course, this has all been a dream…

Only one way to find out, isn’t there? 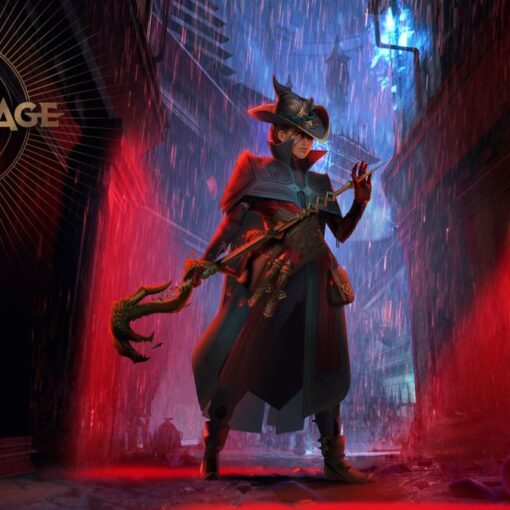 The release date has been revealed for the Controller Gear Xbox One Phantom Magenta Controller Charging Stand. source: gamezpot.com Corner Wolves developer and BioWare veteran Manveer Heir has often spoken out about race and representation within the gaming industry. source: gamezpot.com