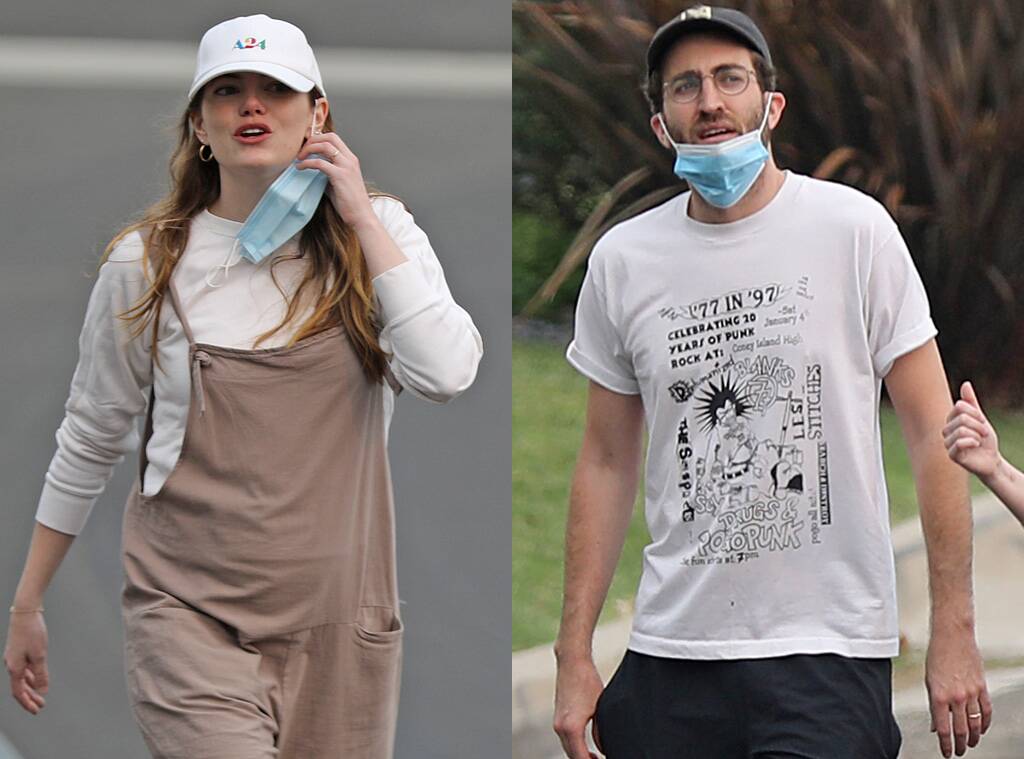 Fans are convinced that Emma Stone is officially married to Dave McCary now! The reason why this speculation started going around is that both of them were spotted rocking what looks like wedding bands on that finger!

Officially, however, Emma Stone and Dave McCary are only just engaged but it’s possible that they tied the knot in secret in a small and intimate ceremony after previously postponing their wedding because of the COVID-19 pandemic.

So what really is their relationship status?

The couple is yet to address the rumors but many fans think they know the answer because of the above pictures in which it clearly looks like they’re wearing matching gold rings.

This comes after Emma and Dave announced their engagement back in December.

This is not the first time that Emma wore the band as she also had it on back in Mat during a virtual conversation with Reese Witherspoon about mental health.

However, seeing how Dave is also wearing an identical one now, it might just mean that they privately got married amid the quarantine!

When the paparazzi caught then on camera, Emma and Dave were just out and about for a casual stroll and they were wearing casual clothes as a result!

The La La Land actress had on oversized overalls over a crewneck sweatshirt and a pair of Birkenstock sandals, looking comfortable but still fashionable!

As for Dave, he was wearing a graphic T-shirt and a pair of black pants.

Both of them decided to also accessorize their outfits with baseball hats!

As for the wedding reports, it’s not a surprise that Emma Stone has not confirmed anything yet since she likes to keep their romance as private as possible.

Page Six was the first to report back in March, however, that their previously scheduled wedding was postponed because of social distancing orders.

Kelly Ripa Is 'Passionate' About Production Company With Mark Consuelos

The Nintendo Switch Lite is in stock right now