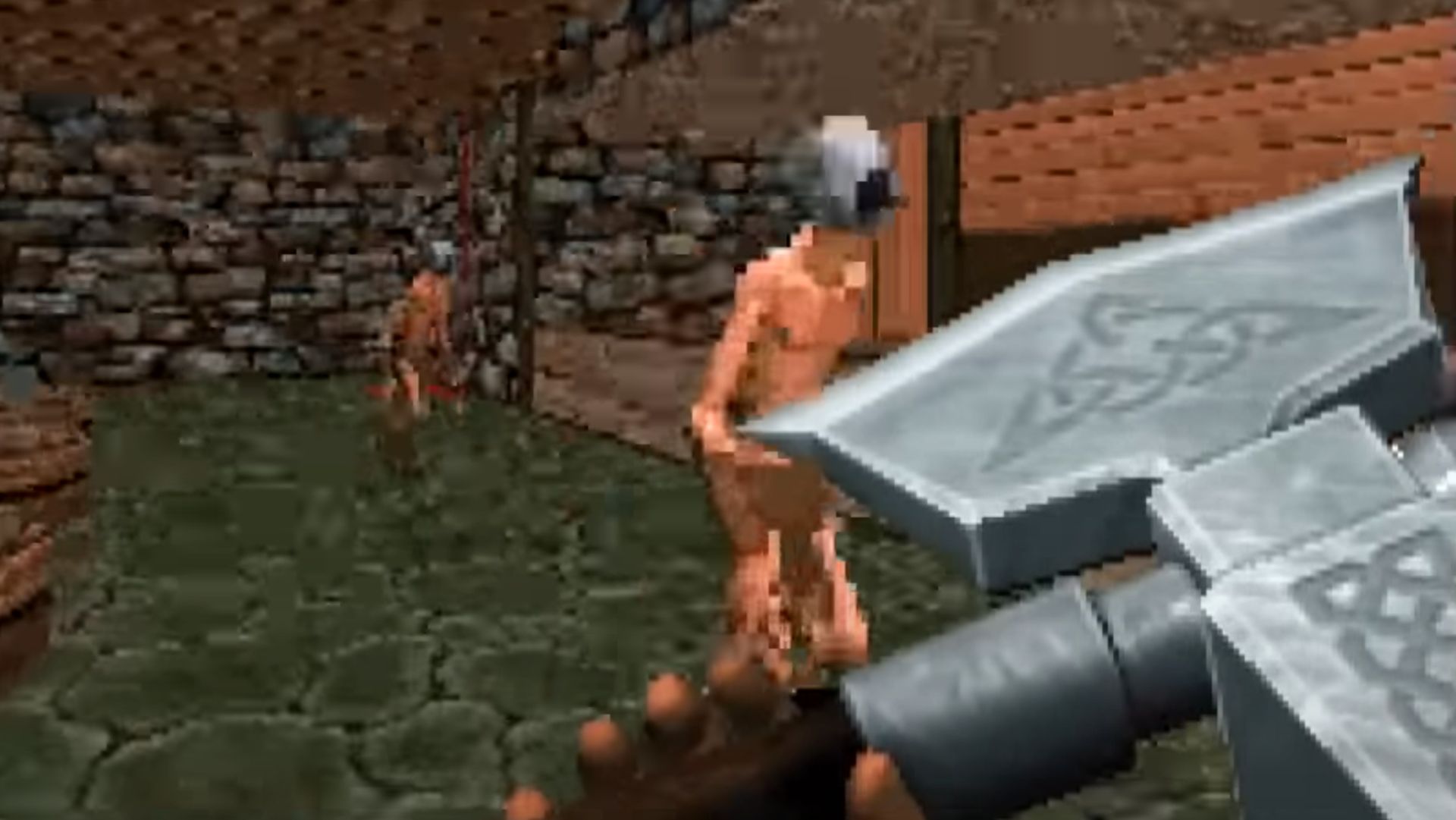 Bethesda has released the first total conversion add-on for its re-releases of Doom and Doom II. Yesterday, the publisher announced that Rekkr, a viking-themed overhaul first released in 2018, is now available to play in its updated version of the classic shooters.

Rekkr is a four-episode, 25-level megawad that puts a Norse-inspired twist on the iD Software classics. Replacing DoomGuy with a shipwrecked Viking warrior, the megawad swaps out hordes of demon for an invading army of undead soldiers, and introduces a whole host of new weapons, including a classic bow and arrow, an axe and something called the ‘Blessing of the Gods’.

This nordic take on the demonic invasion has been around for a couple of years already, but it’s only a recent patch that allows it to be incorporated into Bethesda’s version of the games. An update earlier this month allowed the engine to load DeHackEd patches, which allow for more advanced modifications, like different weapons and new enemy behaviour, paving the way for Rekkr’s introduction.

Rekkr is far from the first addition to Bethesda’s re-releases—a number of add-ons were made officially available earlier this year, original creator John Romero’s own megawad, Sigil, among them. It is, however, the first total conversion—a form of wad that replaces the vast majority of the resources present in the originals, to make it into the updated versions of the games. You can download Rekkr through the re-release’s in-game add-ons menu, or alternatively check it out directly from the creators if you’re still playing the original version of Doom.

PS Plus vs Games with Gold October 2020: Who wins Halloween battle between PS4 and Xbox?

Crapshoot: The brief period when videogame reviews came on VHS

Amazon Slashes Up To 73% Off On Action-Adventure, RPG, Shooter, Simulation & Japanese Games

Which lockpicking or hacking minigame are you good at?

Star Wars: Squadrons looks rough on PSVR, but is fun regardless

In How Many States Is Weed Legal in the US