Tom Brady will see a familiar face when he suits up for the Tampa Bay Buccaneers: former New England Patriots teammate Rob Gronkowski is coming out of retirement to join him in Florida.

“Pending the physical, Rob has agreed to play for Tampa this season,” Gronkowski’s agent, Drew Rosenhaus, told ESPN on Tuesday. “He will honor his current contract at this time.”‬

Gronkowski had announced his retirement in March 2019, citing the toll injuries had taken on his body. However, he is still only 30 and has kept in shape over the last year, during which he appeared as an NFL analyst on Fox. Gronkowski is considered one of the greatest tight ends in NFL history, and the temptation of reuniting with Brady – with whom he won three Super Bowls – appears to have been too much to resist.

Gronkowski is still technically under contract with the Patriots, and ESPN reports New England will receive a fourth-round draft pick from the Buccaneers as part of the trade.

The NFL named Gronkowski to the league’s 100th anniversary all-time team, a roster that also included Brady. He was named an All-Pro four times during his time with the Patriots, although he would have appeared more often if it were not for the injuries that plagued his career.

The Russian Formula One driver Nikita Mazepin has been sacked by Haas with immediate effect. Mazepin’s contract has been terminated by the […]

Antoine Griezmann has announced that he has told Atlético Madrid of his intention to leave the club, opening the door for a […] 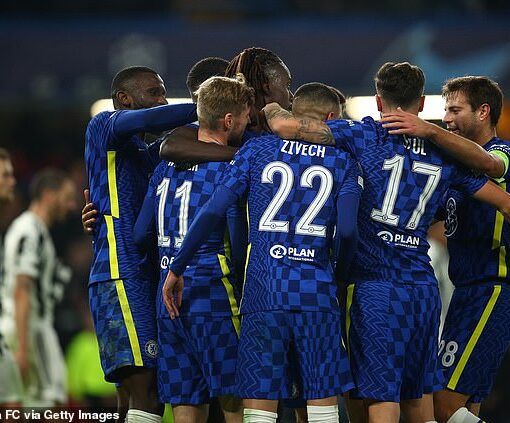 Manchester United head into their clash with Chelsea on Sunday in disarray, having sacked manager Ole Gunnar Solskjaer following their 4-1 thrashing at […]