Rangers moved to within two points of Celtic after a thrilling 2-1 win over the Hoops at Celtic Park.

Allan McGregor saved a penalty from Ryan Christie before Ryan Kent put Gers ahead with an excellent whipped finish from Borna Barisic’s cross.

Celtic equalised when Callum McGregor’s drive deflected in off Odsonne Edouard but Nikola Katic headed the away side ahead once more, before late drama as Alfredo Morelos was sent off following a dive.

Express Sport have rated how the Rangers players performed against Celtic, but do you agree?

Stunning penalty save to deny Christie and had absolutely no chance with McGregor’s deflected drive.

Made another big stop to keep out Edouard and was vital in securing the points for his side.

Bright start with the skipper delivering some dangerous deliveries into the box.

Solid defensively and was a ready outlet for his side.

Part of a sturdy rearguard that dealt with most of what Celtic could muster.

A couple of important blocks and some vital clearances kept the Hoops at bay for much of the match.

Guilty of giving away the penalty when his shirt pull on Christopher Jullien was spotted, but made amends with a bullet header to put Gers ahead for the second time.

Went close on two more occasions as he caused Celtic all sorts of problems in the opposing penalty area.

Made good ground down the left flank and his whipped ball found Kent for the opener.

Played in Morelos with another delightful delivery but the Colombian somehow skewed his effort over the bar.

A threat all afternoon with his crosses in the final third, while his defensive work was solid up against James Forrest.

Guilty of giving the ball away easily on a couple of occasions but his tenacity helped Rangers compete in the midfield battle.

Worked well in tandem with Davis to sniff out danger.

Recalled to the side to add some much-needed experience and made his presence felt up against Scott Brown and Callum McGregor.

Forced a good save from Fraser Forster and was on hand to clear Kristoffer Ajer’s header off the line before denying Jullien in a similar fashion.

Got through plenty of work in midfield without really catching the eye, although the Finnish ace did go in the book midway through the second half.

Tried to offer support to Morelos but things didn’t quite come off for the midfielder, despite plenty of endeavour.

Roamed all over the pitch as he went looking for work, causing problems with his pace and trickery.

A sublime first-time finish opened the scoring and always looked dangerous on the break.

The goal drought against Celtic goes on for Morelos but it wasn’t for the lack of trying, with the Rangers frontman throwing himself about all afternoon.

Went over the top of Brown in the opening moments and fired a couple of pot-shots at Forster before blazing over just after the break.

Used his power to win free-kicks off the Celtic centre-backs throughout and can be pleased with his contribution, until a dreadful dive earned him a second yellow card.

Helped see the game out. 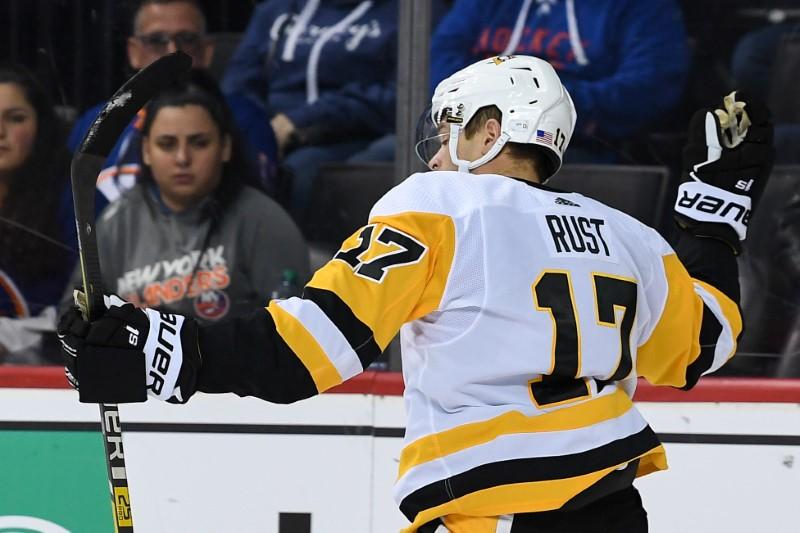 Bryan Rust scored his second goal of the game with 1:35 left in overtime Thursday night to cap a furious comeback by […]

Neil Ruddock gets his swearing from his mother. It’s 10am on a Tuesday and in the den at the back of his […]