HOUSTON (Reuters) – The U.S. Coast Guard on Thursday closed part of the Houston Ship Channel to vessel traffic near Baytown, Texas, after 22 Greenpeace USA protesters suspended themselves by cables over the key oil export waterway.

Traffic is pictured on the Fred Hartman Bridge where Greenpeace USA climbers formed a blockade, shutting down the Houston Ship Channel, the largest fossil fuel thoroughfare in the United States, ahead of the third Democratic primary debate in nearby Houston, near Baytown, Texas, U.S. September 12, 2019. REUTERS/Jonathan Bachman

The closure of one portion of the channel, which stretches 53 miles (85 km) from its entrance in the Gulf of Mexico to the Port of Houston, blocked tanker ship traffic to and from five major oil refineries as well as chemical and oil-export terminals.

The protest came hours ahead of a planned debate in Houston by 10 Democratic White House contenders that has drawn national media to the fourth-largest U.S. city.

Authorities expect a “prolonged demonstration” and have not taken steps to remove the activists, said Harris County Sheriff Edward Gonzalez. The group could face undisclosed charges, he added.

In Twitter messages posted by Greenpeace USA, 11 protesters can be seen hanging on harnesses from the bridge over the waterway, with large yellow banners flapping in the wind.

“We’re in the heart of the fossil fuel industry (the largest oil export channel in the U.S.) to confront Trump & the oil industry,” one tweet said. “It is time to end the age of oil,” said another.

Traffic on the bridge where group rappelled over in the early morning hours was moving slowly on Thursday with several lanes closed.

“They’re the ones putting themselves at risk,” said Gonzalez, noting police are in contact with the group. Greenpeace said they plan to remain at the site for 24 hours.

The area affected by the closing is near Exxon Mobil Corp’s (XOM.N) 560,500-barrel-per-day refinery in Baytown, which is 26 miles (42 km) east of Houston.

Operations were normal at the plant on Thursday, said Exxon spokesman Jeremy Eikenberry. The refinery is the fourth-largest in the United States and Exxon’s largest in the country.

Shell and LyondellBasell said operations were not affected. Chevron declined to comment.

All of the refineries are able to ship out motor fuels by pipeline and most have enough crude on hand to operate for several days.

The channel was closed from Light 102A to Light 104, the Coast Guard said. Ship traffic to Texas City, Texas, where two refineries and several chemical plants are located, was not affected by the closure.

Reporting by Erwin Seba in Houston and Swati Verma in Bengaluru; Editing by Bernadette Baum and Nick Zieminski

There’s not a lot of good news, so for the sake of all our sanity, let’s start with the good news. The […] 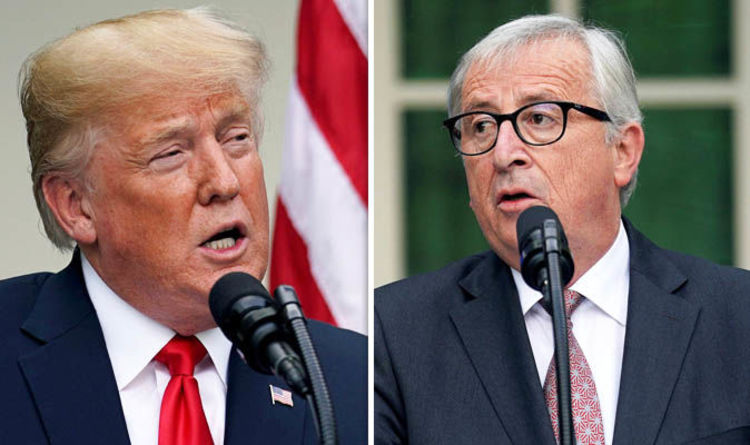 The separatist leader, who said last week Catalonia would move to split from Spain after more than 90 per cent of Catalans […]

What’s black and white and turning a year older? An An, China’s giant zoo panda, celebrated a personal and species-wide milestone late […]