From sampling the latest make-up at Beautycon to buying the rarest trainers at SneakerCon, these meet-ups are getting bigger and bigger.

And what might’ve started off in the US is spreading across the globe with big cities wanting to host their own versions of popular conventions.

So what has made the convention become so popular?

Conventions have become the best place for fans to get up close to their favourite influencers.

Huge events like comic-con that have been going since the 1970s attract some of the biggest names in Hollywood.

Many of the newer events host meet-and-greets and interview panels to give people the chance to share the same space as top YouTubers, Instagrammers, and TikTokkers.

Meeting Manny Mua, a YouTuber with almost five million subscribers, was a “highlight” for Alyssa Gallegos at this year’s Beautycon Los Angeles.

Beautycon started off as an invite-only event for beauty bloggers but since 2015 crowds have been growing – with more than 50,000 people attending events this year in LA, New York, and Tokyo, according to organisers.

Alyssa says it was a “great, super-fun experience” and she got to “see the beauty community at a different angle than just watching YouTube”.

It wasn’t just about meeting YouTubers – there are also freebies and exclusive offers from big brands at the convention.

“I’d go again but maybe not next year, it’ll be the year after because I did get so much free stuff.”

There is another side though.

Some influencers have complained about being treated like “garbage” at Beautycon by employees and influencers.

YouTuber Sierra Schultzzie claims to have been denied the opportunity to take a picture in a photo booth reserved for “talent”.

I’ve never had a professional stylist dress me, so I wanted to give it a try for beautycon this year and document the whole process on my channel (video just went live), and man oh man did it feel cool! ✨ As most of you know by now, my experience at Beautycon itself was less than stellar. But I wanted to share this quick photo @sky.p_ took of me. In this moment, despite everything else, I felt good. My best friend was cheering me on, I was in a dress that made me feel beautiful, and I knew that no matter what the world threw at me I would not give anyone the power to make me feel inferior. Because I am proud of who I am, the content I create, and the message I spread. Styled by: @theclothingtherapist and I tagged all the brands for anyone asking!

“It’s funny how you can go into an event feeling like you did everything to make yourself feel confident and feel worthy – and feel good getting here – and then just have the attitudes of the people around you totally change how you feel about yourself.”

She wrote in the video’s description: “After my negative experience at Beautycon last year, I wanted to give it another chance, but now I really regret that decision.”

Now in its 10th year, SneakerCon has grown from around 1,000 attendees at a single New York event in 2009 to more than 100,000 people at events in 18 different countries this year.

“When I was probably about 12 or 13 I remember surrounding a friend in school – he was showing off a pair of Air Jordans,” co-founder Yu Ming Wu, who says he still relates to the teenagers attending his event now, tells Radio 1 Newsbeat.

“Funnily enough the night before I watched Michael Jordan play in a basketball game on TV wearing the same sneakers.

“That was the first time I discovered how important a pair of sneakers is.”

Yu Ming says SneakerCon’s popularity – it’s spread to 40 countries since it began and its founder thinks it can grow even bigger – is down to a growing international community of “sneakerheads” seen especially online.

“I can be showing off a pair of sneakers I just got at an NYC boutique and within minutes someone in London can try to dress the same way.

“Instagram is one of the original places to show off, especially for a lot of influencers who’ve built a large following there.

“They share their fashion, how they dress, things they like, and it crosses the globe very quickly.”

He set up the SneakerCon events for those looking for something they won’t be able to find on the high street.

“We know there is a community of sneakerheads on every corner of the globe so we want to continue to bring this atmosphere to those who haven’t experienced it.”

Going along to any of these conventions comes with a price, especially if you want the extras like a meet-and-greet with an influencer.

Tickets for VidCon, an online video convention, started at £35 for a single-day ticket to this year’s London event and went up to £700 for a special industry pass.

“It is pretty expensive. For me, I live in New Jersey so just the plane ticket alone is a few hundred dollars, the VidCon ticket is another couple hundred dollars,” says Chris Bruning, who’s attended VidCon four times.

The 22-year-old content creator saved up to make sure he could afford it all.

“I really love the positivity and the creative atmosphere. It’s refreshing being around other like-minded people, so that’s the main thing.”

Even though Alyssa got a weekend ticket to Beautycon as a present, she thinks it must’ve cost around $80 (£66).

“I got more than $80 of free stuff, I met one of my favourite Youtubers, I met people I follow now on social media, just the relationships and experiences make it a good exchange.”

Alyssa admits not going in the past because it can be “pricey” – especially with the different categories of tickets on offer.

But she says it’s all about the “experience”.

“The best part was seeing so many different people come together and be a community.” 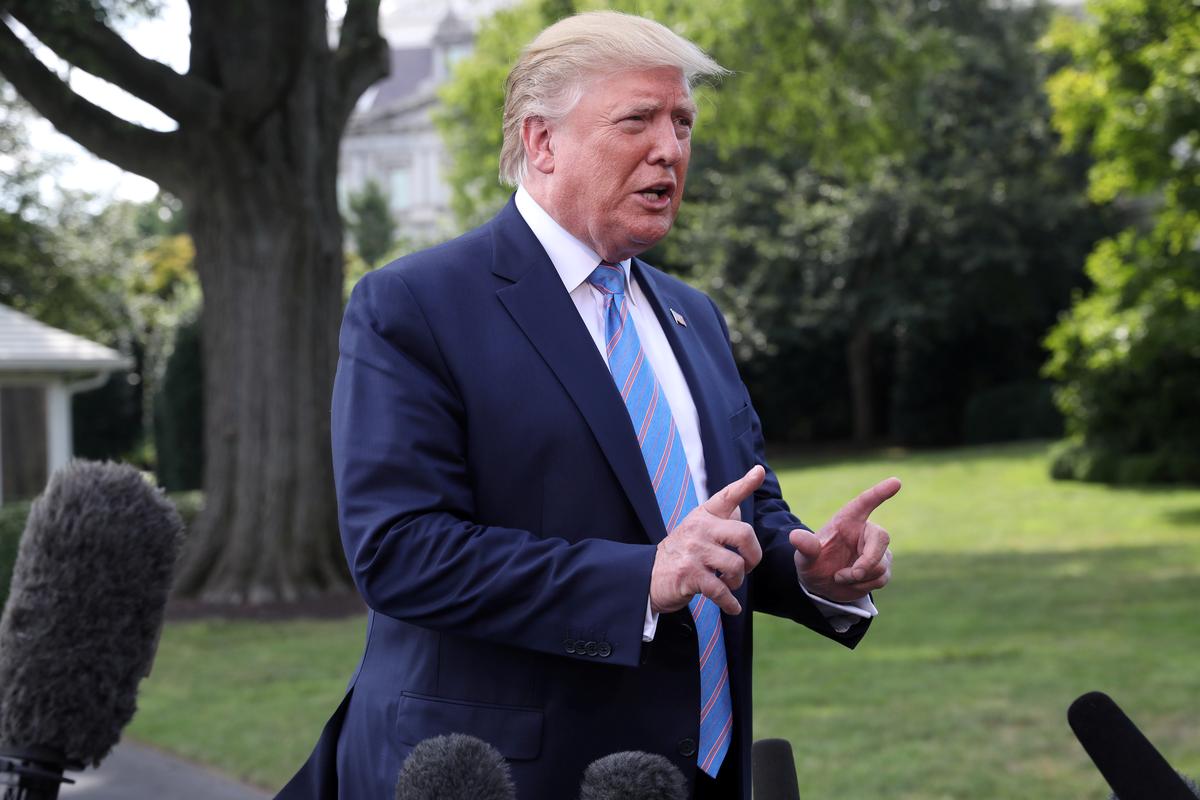 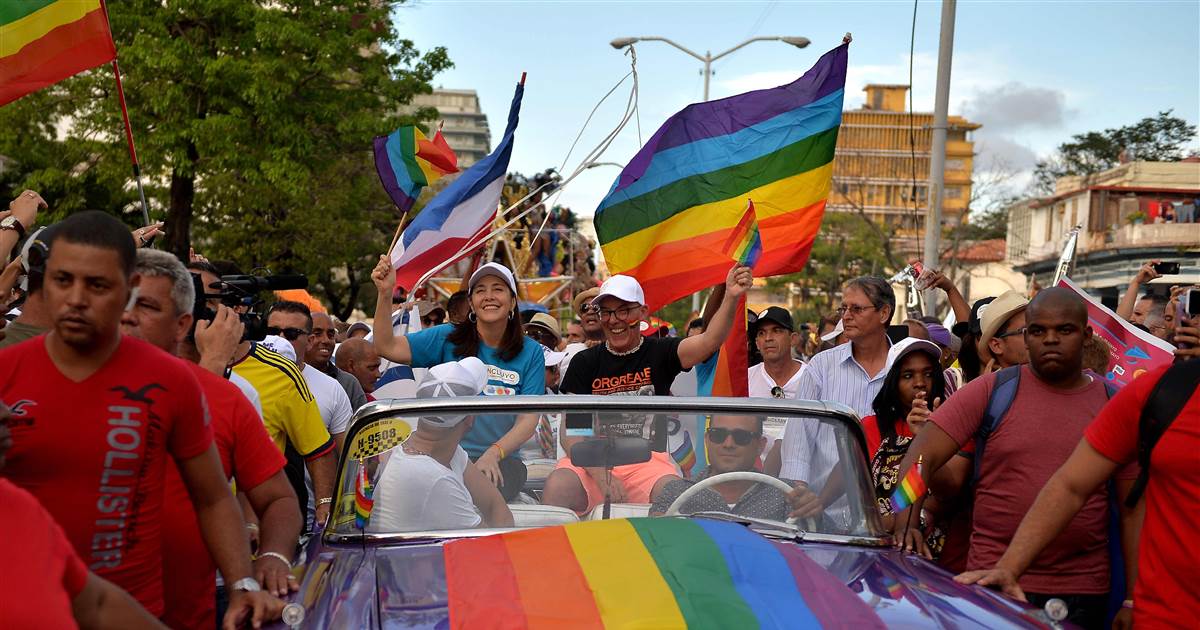 The North Korean leader, Kim Jong-un, has vowed to move faster in bolstering his nuclear forces and threatened to use them if […]