WASHINGTON — Intelsat says a micrometeoroid impact or an electrostatic discharge coupled with a “harness flaw” are the most likely reasons its first high-throughput satellite suffered a mission-ending failure in April.

Intelsat said July 30 that the failure review board it created with Boeing, manufacturer of the Intelsat-29e satellite, and a team of independent experts concluded the other six Boeing 702 Medium Power Series satellites in Intelsat’s fleet have a slim chance of experiencing the same problem.

“We have completed an assessment and concluded that there is a very low risk of a similar event occurring on our other Boeing 702 MP satellites,” Intelsat said in its quarterly earnings report.

Boeing, in a statement provided to SpaceNews, reiterated that conclusion.

“We believe that the anomaly started with an under-voltage event (i.e., a short circuit),” Boeing said by email. “The ultimate cause is still unclear, but the most likely candidates are either a harness issue in conjunction with an electrostatic discharge (ESD) event or a micrometeoroid strike to a critical harness.

“We believe that other similar spacecraft on orbit are at low risk of experiencing the same sequence of events. Nevertheless, as a precaution, we are incorporating information gained from the investigation to other spacecraft, as appropriate.”

Intelsat-29e was launched in January 2016 aboard an Ariane 5 rocket and entered service about two months later. It was designed to last at least 15 years.

Intelsat reported $509 million in revenue for the three months ended June 30, down $28 million from the same quarter last year. The company recorded a $382 million asset impairment charge for the loss of the uninsured Intelsat-29e satellite, resulting in a net loss for the quarter of $530 million.

Spengler said Intelsat is preparing for “quick procurement” of a replacement for Intelsat-29e that will fit within the company’s previously stated capital expenditure guidance, which allots $250 million to $300 million for 2019.

New high-throughput satellites offer much better cost per megabit, he said, have more responsive capacity, and can be built in shorter time spans than Intelsat-29e.

“Our objective is to get to an order for one of these satellites on or about the end of this year, or a little bit after,” Spengler said. “We are very much on the path to doing that.”

Along with using capacity from SES and other operators, Intelsat has relied on another of its high-throughput Epic series satellites, Intelsat-37e, to pick up the slack, Spengler said.

Intelsat cited the failure of Intelsat-29e in explaining its $400 million reduction in business backlog to $7.5 billion during the quarter.

Spengler said indications from the U.S. Federal Communications Commission are that a decision on how to repurpose satellite C-band spectrum for terrestrial 5G will likely come this fall.

Intelsat and the other members of the C-Band Alliance — SES, Eutelsat and Telesat — have proposed selling 200 megahertz mainly used for television broadcasting to companies who want to use the spectrum for 5G networks.

As a deal sweetener, the C-Band Alliance is now offering to give a portion of any proceeds to the U.S. government if its plan is selected. T-Mobile and the ACA Connects Coalition have made similar offers.

“We are willing to make a contribution to the U.S. Treasury as part of a transaction,” Spengler said. “We won’t let something easily addressable stand in the way of adopting our proposal.”

Proceeds from the sale of C-band could be as high as $60 billion, according to ACA Connects.

Spengler said it is too soon to say how much the C-Band Alliance would give to Treasury. Intelsat will also have to pay taxes on any proceeds to the U.S. government and the government of its home country, Luxembourg, he said.

Acknowledging the pressure for more C-band spectrum, Spengler indicated it could eventually clear more than 200 megahertz of satellite spectrum for terrestrial 5G as more broadcasters to upgrade to High Efficiency Video Coding, a compression technology that permits the transmission of 4K and 8K ultra-HD television signals without hogging bandwidth.

“We’re committed to finding a way to clear more spectrum — which is the FCC’s objective — [and] to maintaining quality of customer networks, and we will do what we can to balance those goals to the best of our ability,” Spengler said. 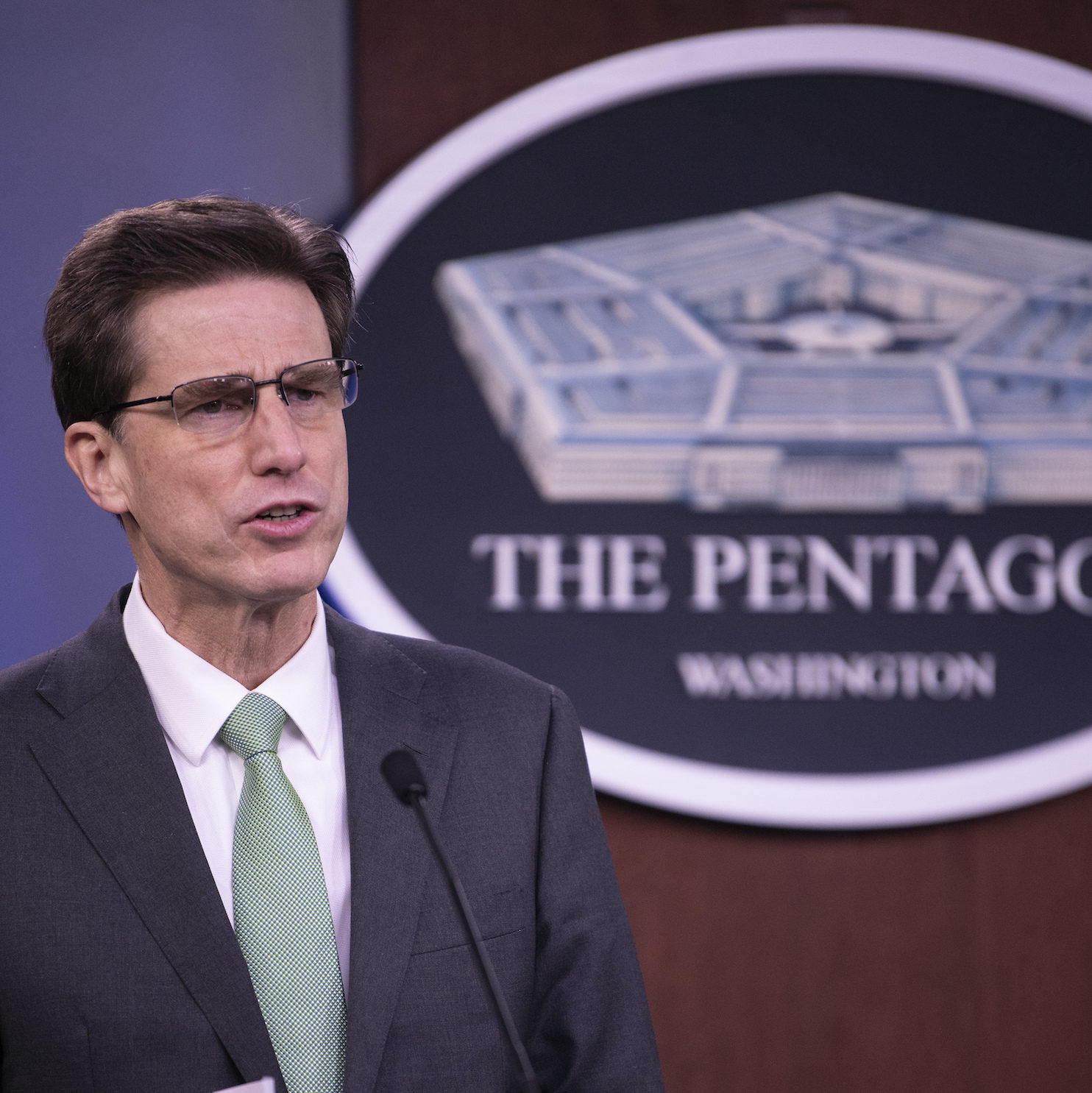 The National Telecommunications and Information Administration formally petitioned the FCC to reverse its decision to grant a spectrum license to Ligado. WASHINGTON […] 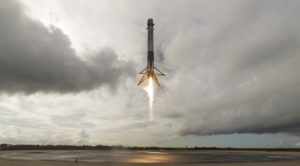 WASHINGTON — NASA officials said Nov. 29 that they have given their approval, as expected, to SpaceX’s use of a previously-flown Falcon […] 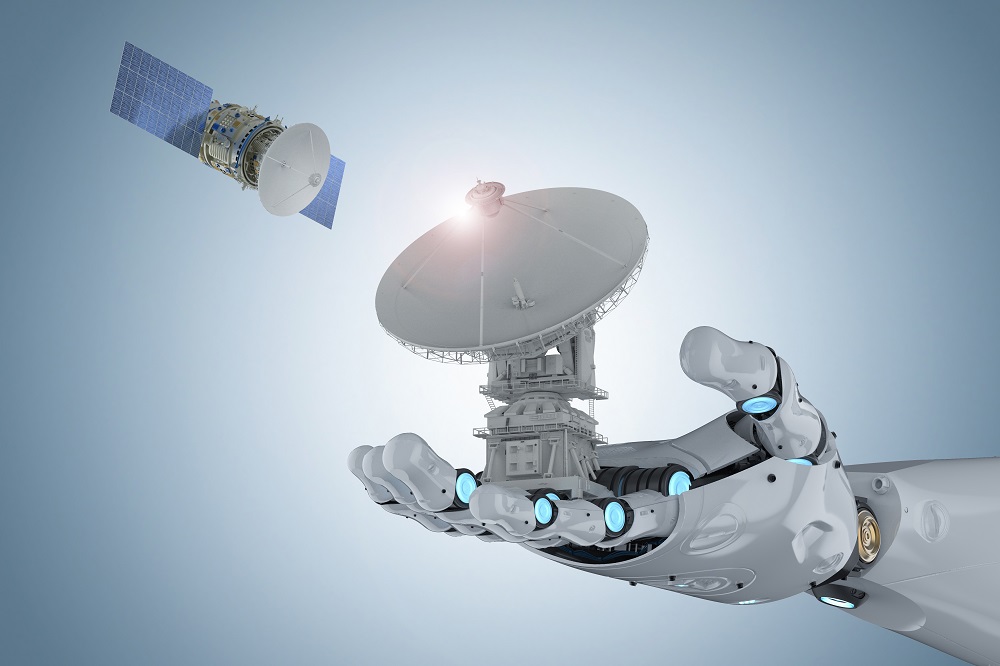 This op-ed originally appeared in the June 10, 2019 issue of SpaceNews magazine. Satellite communications is under threat and in danger of […]