Four million people have been effectively stripped of their Indian citizenship in Assam as part of a drive to rid the state of “illegal migrants”. Some facing possible deportation have taken their own lives, relatives and activists say.

One day in May, 88-year-old Ashraf Ali told his family he was going to fetch food to break his Ramadan fast. Instead, he took poison and killed himself.

Mr Ali and his family had been included in a list of people deemed to have proven they were “Indian”. But his inclusion was challenged by a neighbour, and Mr Ali was summoned to prove his citizenship again, failing which he would be detained.

“He feared he would be taken to a detention centre and his name excluded from the final list,” fellow villager Mohammed Ghani said.

The National Register of Citizens (NRC) – as the list in Assam is called – was created in 1951 to determine who was born in the state and is Indian, and who might be a migrant from neighbouring, Muslim-majority East Pakistan, as it was known then. It is now called Bangladesh.

The register is being updated for the first time. It counts as Indian citizens those who can prove they were residents of Assam before 24 March 1971 – the day before Bangladesh declared its independence from Pakistan.

India’s government says the register is needed to identify illegal migrants to the state. Last July, the government published a “final draft” of the list which left out about four million people currently living in Assam. They are overwhelmingly ethnic Bengali, both Hindus and Muslims.

Earlier this week the authorities announced that another 100,000 Assam residents, included in the NRC last year, had now been excluded from the register and must prove their citizenship all over again.

More than half of the total number are appealing against their exclusion, before the final version of the NRC is released on 31 July.

Added to the registration exercise, scores of tribunals have been set up in the state since the late 1980s. They regularly identify “doubtful voters” or “illegal infiltrators” as foreigners to be deported.

Both the citizen’s register and the tribunals have sparked fears of a witch hunt against Assam’s ethnic minorities.

At the heart of Assam’s troubles is a debate over so-called “infiltration” by outsiders, which has led to ethnic tension between the indigenous population and Bengali migrants.

Changing demography, loss of land and livelihoods and intensified competition for political power has added a deadly potency to the issue of who has a right to live in the state.

Fearing possible loss of citizenship and detention after exclusion from the list, scores of Bengali Hindus and Muslims have killed themselves since the process to update the citizen register started in 2015, activists say.

Zamser Ali of the organisation Citizens for Justice and Peace provided a list of 51 such suicides in Assam, which he said were linked to “trauma and stress” over anticipated loss of citizenship. He said most of the suicides occurred after January 2018, when the first draft of the updated register was made public.

Prasenjit Biswas, another rights activist, called the register a “humanitarian disaster in the making, with tens of thousands of genuine citizens being turned stateless, defying all logic of natural justice”.

Read more on the NRC:

Assam police admit the deaths are “unnatural”, but say they don’t have enough evidence to link them to the citizenship exercise.

Abdul Kalam Azad, a researcher, has been tracking cases of suicide since the process of updating the list began in 2015. “There has been a rise in such suicides since the publication of the final draft of the NRC last year,” he said.

“I have been visiting people related to the victims. Those who took their lives were either declared ‘doubtful voters’ or dropped from the NRC. It is all very sad.”

Samsul Haque, 46, a daily wage labourer in Assam’s Barpeta district, killed himself last November because his wife, Maleka Khatun, was not included in the list, according to Zamser Ali, the rights activist.

Ms Maleka, declared a “doubtful voter” in 2005, had won her case at a foreigners tribunal in Barpeta, but she could not get her name included in the voter list or on the NRC.

In some cases, the shadow of the NRC has caused tragedy across generations. In March this year, Bhaben Das, 49, a daily wage labourer in the state’s Udalgiri district killed himself. His family said he could not repay the loans he had taken to pay for legal fees.

Despite Mr Das’s lawyers filing a case for his inclusion in the NRC, his name was missing from the list in July. Thirty years ago, his father killed himself, after a tribunal ordered him to prove he was not a foreigner. The tribunal eventually declared him Indian, several few months after his death.

When school teacher and lawyer Nirode Baran Das was found dead in his house in Kharupetia township, friends and relatives said they found three documents by his bedside – the NRC notification declaring him a foreigner, a handwritten note saying no-one in the family was responsible for his death, and a letter for his wife asking her to pay back some small loans he had taken from friends.

“He graduated from the local high school in 1968 and then taught there for 30 years. His school leaving certificate proves he is not a foreigner. The NRC authorities are responsible for his death,” his brother Akhil Chandra Das said.

The BBC recently highlighted the case of decorated Indian army veteran, Mohammed Sanaullah. He spent 11 days in a detention camp in June after being declared a “foreigner”, prompting national outrage.

“I risked my life for India. I will remain Indian. This process is totally flawed,” Mr Sanaullah said after his release.

With the Assam state government rushing to finalise the list within the Supreme Court-ordered deadline of 31 July, hundreds of thousands of Bengali Hindus and Muslims face being made stateless.

“Many of the four million excluded from the NRC draft list will not be able to make it to the final list, maybe more than half of them,” said Hafiz Rashid Choudhury, a local lawyer. “Their future is really bleak.”

If you’ve been affected by a mental health issue, help and support is available. Visit Befrienders International for more information about support services. 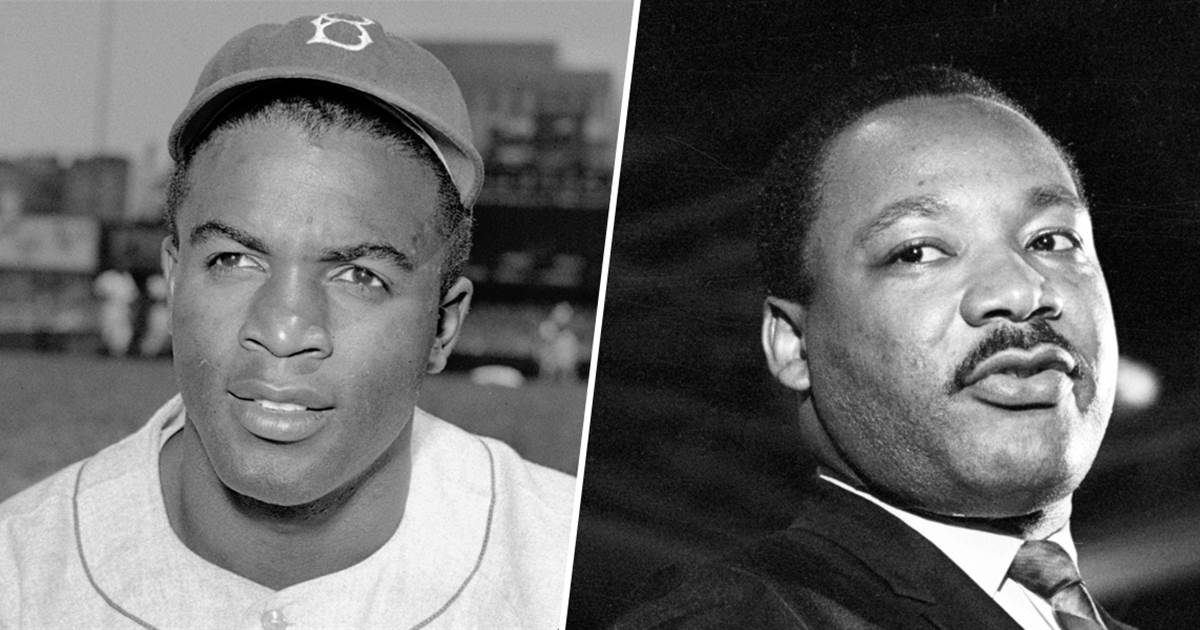 The families of Jackie Robinson and Martin Luther King Jr. are blasting the Trump campaign for using the civil rights icons pictures […]

UNITED NATIONS (AP) — Secretary-General Antonio Guterres has proposed a plan with benchmarks that would allow the more than 18,000-strong U.N. peacekeeping […] 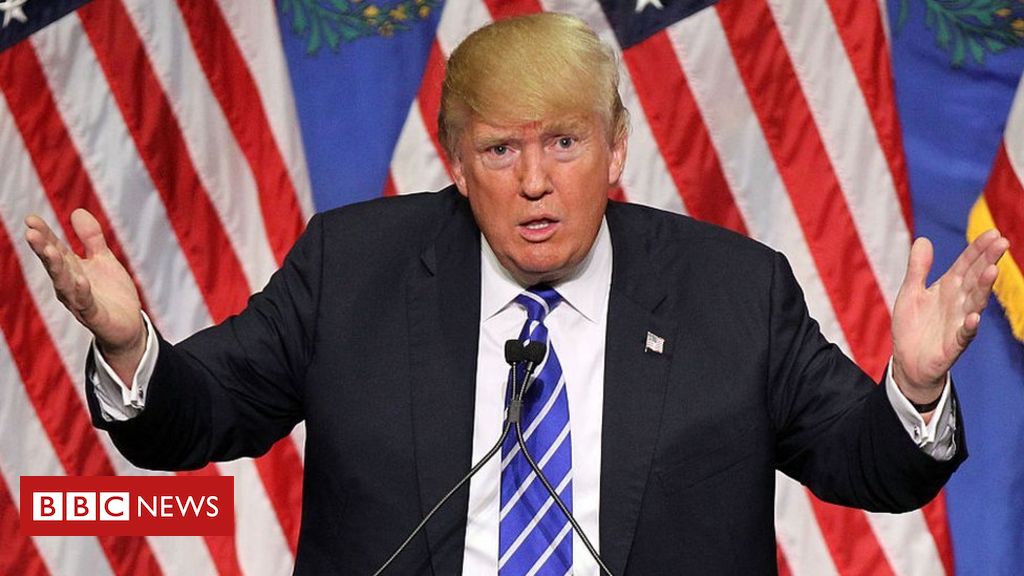 Image copyright AFP US President Donald Trump seems to think that he was overlooked for last year’s Nobel Peace Prize. Why, what […] 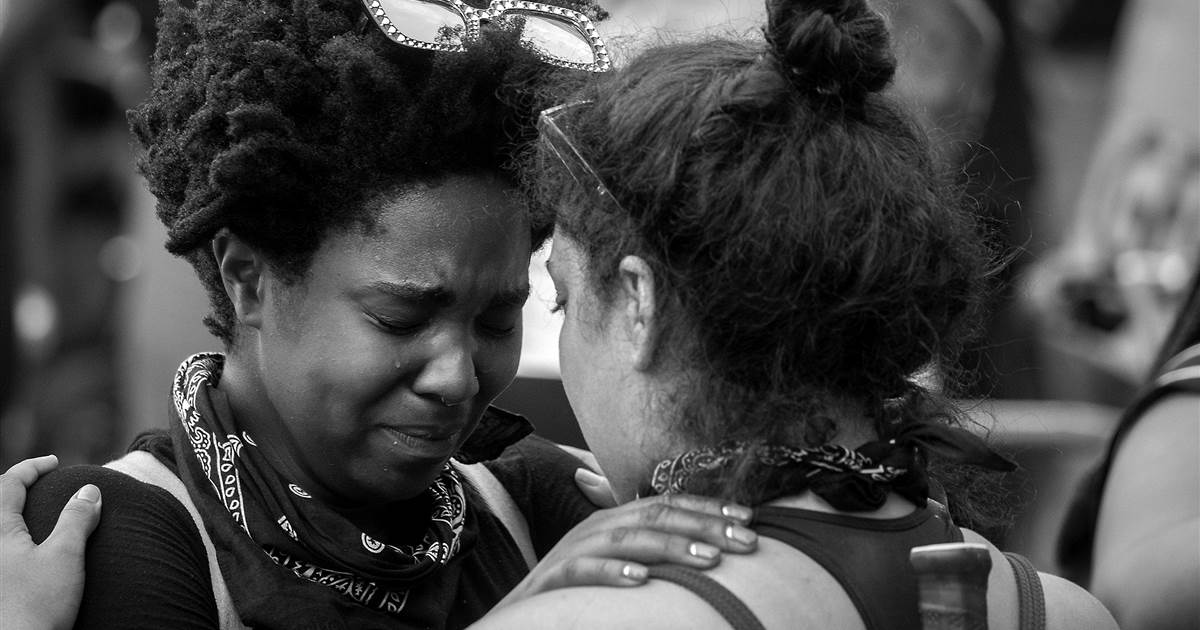 MINNEAPOLIS — By Tuesday afternoon, the intersection of 38th Avenue and East Chicago Avenue where George Floyd died had become a kind […]