Marcell Ozuna had three hits and three RBIs for the St. Louis Cardinals, helping them spoil the long-awaited return of Albert Pujols in a 5-1 win against the visiting Los Angeles Angels on Friday night.

Pujols played 11 seasons and won three National League Most Valuable Player awards for St. Louis before signing with the Angels following the 2011 season.

Pujols received a standing ovation in each of his three plate appearances and again when he was removed for a pinch runner after beating out an infield single to lead off the seventh inning.

Ozuna hit a solo home run in the sixth to give St. Louis a 2-1 lead in the opener of the three-game series. Ozuna also had two RBI singles, and Jose Martinez contributed two hits and an RBI for the Cardinals.

Christian Vazquez hit a two-run, two-out home run in the bottom of the 10th inning, and Boston came back to defeat visiting Toronto as Brandon Workman (6-1) pitched around a walk, a stolen base and an intentional walk in the top of the 10th to earn the win.

Vazquez’s ninth homer of the season came against Jordan Romano (0-1), who had pitched around a walk and struck out three in the ninth before striking out the first two batters in the 10th. However, he then hit Marco Hernandez with a pitch to keep the inning alive for Vazquez.

Randal Grichuk homered and had three hits and three RBIs for the Blue Jays, who led 5-1 before the Red Sox rallied with three runs in the seventh and one in the eighth.

Gary Sanchez and Gleyber Torres hit two-run homers and host New York extended its winning streak to seven games by beating Houston as the Yankees matched their longest winning streak of the season and also homered for the 24th consecutive game, one shy of the team record set from June 1-29, 1941.

Sanchez homered for the third straight game and moved into a tie for the AL lead with new teammate Edwin Encarnacion with his 23rd homer.

The catcher gave the Yankees a 2-0 lead in the third when he hammered a changeup by Brad Peacock (6-5) into the left-center field bleachers. The Yankees welcomed Aaron Judge back into their lineup after he missed two months with a strained left oblique. Judge batted leadoff for the first time in his career and was 0-for-4.

Stephen Strasburg bounced back from a rough outing, and young outfielders Victor Robles and Juan Soto led Washington past visiting Atlanta for the Nationals’ fifth win in a row and 18th in their last 25 games, pulling within one game of .500 for the first time since April 24.

The Braves had won 11 of 13 but couldn’t hold a 3-0 lead as Dallas Keuchel (0-1), who signed a one-year contract with the Braves about two weeks ago, made his first major league appearance this season.

Strasburg (8-4), who gave up four homers in his previous start, went six innings and allowed three runs on five hits with five strikeouts and three walks. Wander Suero pitched the ninth, picking up his first major league save after allowing the first two batters to reach.

Jeff McNeil starred at the plate and in the field, hitting a home run and later adding a go-ahead RBI single before making a key defensive play to end the eighth inning of New York’s win over host Chicago.

New York ended a two-game losing streak and won for just the second time in six games. The Cubs had their two-game winning streak snapped as they lost for the seventh time in 11 games.

The two-hit game was the fourth straight multi-hit effort for McNeil, who has 47 multi-hit games in his first 125 big league games — the most ever by a Mets player in that game span.

Max Kepler’s RBI single in the eighth helped Minnesota erase the second of a pair of three-run deficits and avoid its first three-game losing streak of the season in defeating host Kansas City.

The Royals lead the major leagues with 26 losses in games in which they held the lead at some point. They have been outscored 177-125 after the sixth inning this season.

Right-hander Ryne Harper (3-0), the Twins’ third pitcher, picked up the win, despite allowing a run on two hits in his one inning. Taylor Rogers picked up his ninth save in 11 chances. Jake Diekman (0-5) took the loss for Kansas City.

Sandy Alcantara pitched 7 2/3 strong innings, and backup catcher Bryan Holaday slugged a home run as visiting Miami upended Philadelphia, sending the Phillies to their fifth straight loss despite an exciting play from Roman Quinn, who stole home in the third.

The Marlins beat Aaron Nola (6-2), who struck out 10 in eight innings, allowing just two runs, one earned. Nola threw strikes all night — 82 of them out of 107 total pitches. He allowed six hits and one walk, getting nine ground-ball outs.

However, Alcantara (4-6) matched Nola’s brilliance, throwing a career-high 112 pitches and allowing eight hits, four walks and one run. He struck out six and threw 75 strikes. Sergio Romo pitched a scoreless ninth for his 14th save.

Rookie Matt Beaty hit a game-ending, two-run home run, and Walker Buehler recorded a career-high 16 strikeouts as Los Angeles earned a victory over visiting Colorado in a battle of the top two teams in the National League West.

In the bottom of the ninth, Max Muncy walked with two outs, and Beaty hit his second homer of the season, to center off Jairo Diaz (1-2).

Jose Iglesias had four hits and drove in two runs as Cincinnati stretched its season-best winning streak to six games with a win over host Milwaukee.

Iglesias singled in two runs in a three-run first inning, one night after driving in four runs in Cincinnati’s 7-1 victory to open the four-game series. Iglesias went 4-for-5 and added two runs and a stolen base.

Nick Senzel was 2-for-3 with a solo homer and stolen base before leaving the game with a headache in the fourth inning.

Yasiel Puig posted a two-run homer, three RBIs and a stolen base, and Jose Peraza tripled and added two RBIs.

Yolmer Sanchez drove home the winning run on a safety squeeze and the bullpen contributed 4 2/3 innings of one-run relief as Chicago topped Texas in Arlington, Texas.

Sanchez guided a sacrifice bunt down the first base line to score Eloy Jimenez, who singled earlier in the inning and advanced to third on a Tim Anderson single. Jimenez and Anderson had two hits apiece.

White Sox pitchers recorded 12 strikeouts, including five straight spanning the eighth and ninth innings, to help force extras. Alex Colome navigated a leadoff walk in the 10th to earn his 16th save in as many chances.

Alex Dickerson hit a grand slam and drove in a career-high six runs in his debut with San Francisco, which beat Arizona in Phoenix.

Dickerson, who was called up earlier in the day from Triple-A Sacramento after the Giants placed outfielder Steven Duggar on the injured list due to a lower back strain, drove a pitch from Taylor Clarke (1-3) over the center field wall for a 6-0 lead in the third inning.

It was Dickerson’s first major league home run since Sept. 22, 2016. He missed the past two seasons because of injuries before getting 19 at-bats this year with the San Diego Padres, who traded him to the Giants on June 10. Dickerson hit a two-run triple as part of a four-run seventh inning and finished 3-for-5.

Willy Adames collected three hits, including his seventh home run of the season, as visiting Tampa Bay evened its series with Oakland one night after the A’s rallied for four runs in the bottom of the ninth for a walk-off win.

This time, Emilio Pagan came on to retire the final two batters of the game, each representing the potential tying run, to snap the Rays’ four-game losing streak.

The loss ended Oakland’s four-game winning streak. The Rays never trailed in the game after scoring twice in the third inning against A’s starter Tanner Anderson (0-2). Brandon Lowe drove in the first run with an RBI double and later scored on a passed ball.

Kyle Seager’s two-run homer broke a tie in the third inning, and host Seattle built a 10-3 lead and then held on for a victory against Baltimore. Dylan Moore and Mac Williamson also homered for the Mariners, and leadoff hitter Mallex Smith went 3-for-3 with a double and four runs.

The Mariners have won three consecutive games for the first time since April 18-20. The Orioles took their 10th straight defeat.

Jose Osuna hit a go-ahead RBI single in the seventh inning and Starling Marte had an RBI double for host Pittsburgh, which has won four of its last six after losing seven in a row and 10 of 12. San Diego had its four-game winning streak snapped.

Manny Machado hit a solo homer for the Padres, but also made two costly errors. Pittsburgh starter Joe Musgrove (5-7), a native of the San Diego area, improved to 3-0 in his career against the Padres. He gave up one run, threw a season-high 105 pitches, struck out eight and walked none.

With one out in the seventh, Jung Ho Kang reached second base on Machado’s double error at third — first bobbling the grounder, then throwing the ball errantly. Steven Brault pinch-ran for Kang and scored on Osuna’s base hit up the middle, an unearned run that gave Pittsburgh a 2-1 lead.

With the game tied at 5, Jose Ramirez reached on an infield single against Joe Jimenez (2-5) to lead off the eighth inning before Kipnis launched a ball that hit the yellow line on top of the wall in center field before caroming back into play. The sequence was challenged — umpires ruled it was not a home run — with Ramirez allowed to score as he was running on the play and Kipnis awarded third base.

Kipnis scored on Jake Bauers’ sacrifice fly to push the advantage to 7-5 for the Indians, who have won 11 of their past 16 games overall and six of seven against Detroit this season. 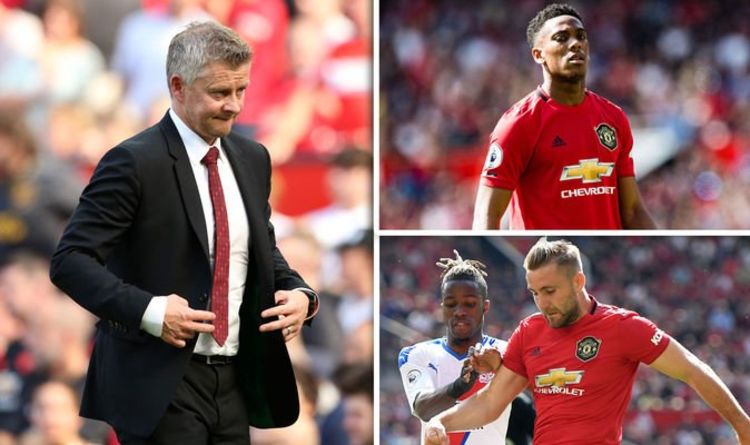 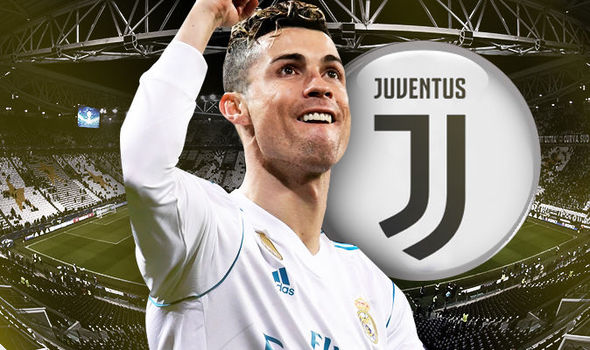 Talks between the two clubs and Ronaldo’s camp emerged early last week and have accelerated in recent days. In an open letter […] 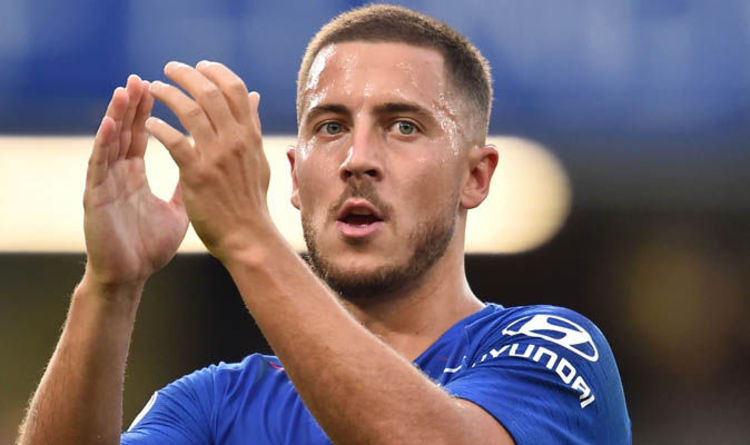