1) Will Everton end their nine-year hoodoo?

Easy to forget after Virgil van Dijk sliced a woeful shot into the sky, Jordan Pickford flapped and Divock Origi plundered the most ludicrous goal in Merseyside derby history – step aside, Sandy Brown – but Everton should have won at Anfield in December. Yerry Mina missed an early close-range header; Alisson made a point-blank save from André Gomes; Joe Gomez was forced to hook the rebound off the line. Had any of those gone in … but it ended how it ended, and collective confidence crashed through the floor. Spooky timing, then, that Everton put in their best performance since then at Cardiff midweek. That should provide succour and the belief to go at their arch rivals again, in the hope of reward this time. Especially as the in-form, two-goal Gylfi Sigurdsson has so often before been a thorn in Liverpool’s side. Can the Iceland international – who has scored against them four times during spells at Reading, Swansea and Everton – inspire his current side to a first derby win since Roy Hodgson was in town? SM

2) Arsenal to thrive on Tottenham tiredness?

Perhaps we can spare ourselves the twisting in knots about power balances in north London and just enjoy the fact that Saturday’s derby is set up deliciously. Arsenal and their fans are, of course, up and down like a fiddler’s elbow: two decent home wins mean they travel to Wembley with spirits relatively high and they hold genuine hope of narrowing the gap with Tottenham to a mere point. If both teams were at full throttle Spurs would win, but Mauricio Pochettino’s side have been curiously lacklustre in slipping to successive away defeats in the past week, and if the manager cannot put a finger on why then their problems may worsen. Being outbattled by Burnley was one thing; making Chelsea look like the side that had enjoyed an extra day’s rest on Wednesday was something else and you wonder whether a little mental tiredness might be creeping in. In both games everything seemed to take Tottenham’s players that split-second too long; is there a danger that a squad whose core has played so much football over the past 18 months is tapering off? Arsenal, and perhaps even a perked-up Mesut Özil, will look to examine the theory thoroughly. NA

Southampton should have beaten Manchester United at St Mary’s in December. They were two up by the 20-minute mark, coasting, but then suffered some rank bad luck, United summoning up some resistance and showing a little backbone, an extremely rare occurrence during that grim period when José was preoccupied with his endgame. What were the chances? United are a totally different proposition now under Ole Gunnar Solskjær, but Southampton’s recent record at Old Trafford is better than many might think. A goalless draw last season, victories in 2015 and 2016, just the one loss since 2013. United are under strength, and Solskjær’s amazing unbeaten league run has to end at some point, so while victory for Saints would admittedly register as a shock, it would be far from a seismic one. SM

4) Rodgers returns to where it all began

Presumably there will be no need to scan the Vicarage Road crowd for “fraud” banners when Brendan Rodgers walks out there on Sunday, but there is still some circularity in the fact that his return to English management takes place where it all began. Rodgers was not especially popular when, in 2009, he jumped ship from Watford to their then better-off Championship rivals Reading a week after professing his commitment to the club. The fact he had dragged them out of the relegation zone the previous season tempered some of the rancour but that situation, coupled with his swift departure from Celtic, suggests Rodgers has always had one eye on what might best advance his cause. Not that there is anything wrong with that; Rodgers will be hoping, though, that he lasts rather longer at Leicester than the six months he spent at the Madejski Stadium and at first glance he inherits a group of players that should not find his preferred brand of football too taxing. How they will fare against this season’s Watford side – fresh from a five-goal away haul and a five-goal away hiding in the space of five days – is anyone’s guess but instinctively it seems that he may have found a place where he can stick around. NA

With one trophy in the bag and three more to be competed for, the fixtures in the last few months of the season will start to stack up for Manchester City. This run of Premier League games – the win over West Ham on Wednesday, Saturday’s trip to Bournemouth and the following weekend’s home match against Watford – should theoretically be the time for Pep Guardiola to rotate his squad to ensure the top men are as fresh as possible for more strident challenges ahead. However, against the Hammers Guardiola was forced to smash glass and retrieve a pair of emergency wingers in the shape of Raheem Sterling and Bernardo Silva, because Leroy Sané and Riyad Mahrez weren’t up to snuff. “We needed a little bit more,” he said. “We arrived in the positions of the wingers and we didn’t finish what we created.” City need the likes of Sané and Mahrez to be reliable, but the likes of Sané and Mahrez need to perform for their own benefit too. NM

Two freshly promoted teams here, whose experiences this season upon returning to the big time have been markedly different. Wolves have got the punditocracy cooing with their progressive stylings, and they’re a fair shout to end the campaign as Best Of The Rest (seventh place being a thing now, apparently). Cardiff by contrast are sullied with a meat-and-potatoes reputation and have struggled to stay out of the drop zone since the get-go. Only one winner, some may think. But Cardiff beat Wolves in Wales in November, Junior Hoilett completing a turnaround victory with one of the goals – the goal? – of the season so far. Cardiff also won this fixture last season in the Championship. Those results form part of an overall excellent recent record against Wolves, the Bluebirds winning five of the past seven meetings. How precious it would be for 18th-placed Cardiff to keep that run going? SM

7) Sarri to stick with Caballero for Fulham derby

A game against Fulham – poor, terrible, manager-less Fulham – should not be considered much of a test for Chelsea but it is, and not just because of the derby factor. Maurizio Sarri’s side have regained their composure and dignity following the win against Tottenham but things could easily spiral out of control again should they lose, or even draw, at Craven Cottage on Sunday. As such, the visitors will need to repeat the togetherness they displayed against Spurs – and indeed for much of the Carabao Cup final – as well as deliver the ruthlessness required in attack to secure all three points. Then, of course, there is the goalkeeper – who does Sarri pick? From the outside, at least, it feels like an easy choice: Stick with Willy. SN

8) Dyche can put daylight between Burnley and drop zone

In one sense, the fact Fulham and Huddersfield are so far adrift of safety makes the battle to avoid the final relegation place more intense. Everyone from 13th to 18th is – with the strange exception of freefalling Brighton – picking up wins here and there, meaning the picture can change in one weekend. Both Burnley (18 points from their past 10 games) and Palace (14 from 10) seem in decent enough nick to be comfortable at the season’s end, despite midweek defeats. But if either side loses at Turf Moor they could find themselves back in the mire, perhaps only one more reverse from severe danger. It makes this meeting akin to a six-pointer and Burnley will expect a return to the intensity that shocked Tottenham last week. Sean Dyche’s achievement in coaxing his side back to their old levels and out of a truly dire-looking situation should not be underestimated: it is tremendously hard to do and many managers do not even get the chance. Another big effort here can put them within tantalising reach of finishing the job and, perhaps, a feat on a par with anything Dyche has managed with the Clarets. NA

For Chris Hughton it is time to stick on Think Twice by Celine Dion and listen to the first line of the pre-chorus. “This is getting serious,” sings the Canadian warbler, and for Brighton it really is. Five defeats and a draw from their past six league games leaves Hughton’s men just two places and two points above the relegation zone. They need to stop the rot and have the perfect chance to do so this weekend given bottom-place Huddersfield are the visitors to the Amex Stadium. But after their win over Wolves, this suddenly feels like a dangerous fixture for the hosts. They simply must win, however, and can take heart from the fact they have scored in each of their past four games in all competitions. SN

For a while back there, these two famous old clubs looked in a spot of trouble. West Ham had lost their first four fixtures of the campaign and were rock bottom, while Newcastle weren’t in much better nick, having picked up only one point from the first 12 on offer. Season-long relegation battles were mentioned in dispatches. But it’s not quite panned out like that, two top-drawer managers turning things around to the extent that both sides are now relatively comfortable in mid-table. Manuel Pellegrini’s team trounced the Toon 3-0 during their December hot streak, but Rafa Benítez’s side have grown in confidence since the turn of the year, and Newcastle won at the London Stadium last time around. The outcome may depend on which breakout midfield star stamps their personality on proceedings: Declan Rice or Miguel Almirón? With both sides able to relax a little and play rather than scrap, it could be good fun finding out. SM 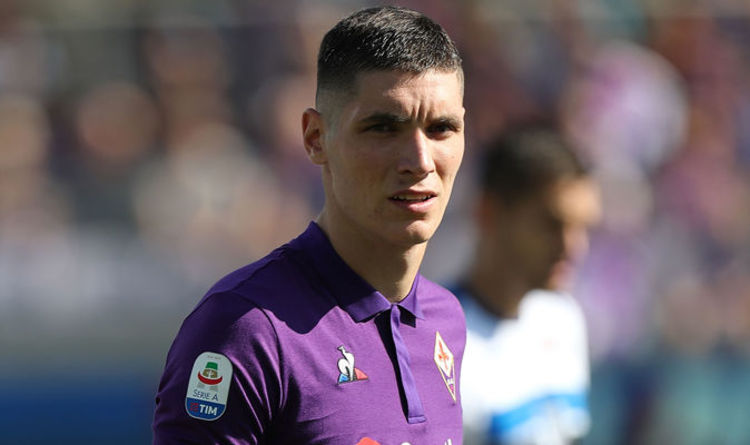 That’s the claim of the Guardian. The Red Devils are willing to meet Jose Mourinho’s demands and bring in a new centre-back […]

In 2015, when France was announced as the host for the 2019 Women’s World Cup, the dramatic reveal of the envelope was […]