WASHINGTON — House Democrats announced a plan Monday to vote on re-open the federal government when they take control of the chamber on Thursday.

“Democrats are taking action to lead our country out of this mess. This legislation reopens government services, ensures workers get the paychecks they’ve earned and restores certainty to the lives of the American people,” said Speaker-designate Nancy Pelosi and Senate Minority Leader Chuck Schumer, D-N.Y., in a joint statement.

Democrats, who outlined the plan as the shutdown stretched into Day 10, unveiled a short-term funding bill known as a continuing resolution that would fund the Department of Homeland Security until Feb. 8. Separately, they plan to pass six remaining government spending bills that passes new funding for those other agencies for the rest of the fiscal year, which ends Sept. 30.

Democrats will assume the majority in the House on Thursday. The first vote will be to elect a new speaker of the House; later in the day, they will vote on their appropriations plan.

The move is unlikely to be successful. There is no guarantee that Senate Republicans, who control that chamber, would agree to take up any measure passed by the Democratic House, or that President Donald Trump — who has been demanding funding for a border wall — would support the effort.

“It’s simple: The Senate is not going to send something to the President that he won’t sign,” said Don Stewart, a spokesperson for Senate Majority Leader Mitch McConnell.

McConnell has said that negotiations between House and Senate would still need to happen in order to re-open the government.

“In order to get us out of this mess, a negotiated solution will need to check these boxes. It’s really simple. It will need the support of 60 senators — which will obviously include a number of Democrats. It will need to pass the House. And it will need a presidential signature,” McConnell said recently on the floor. “That’s how we make a law in this situation. Sixty votes in the Senate, a majority in the House, and President Trump’s signature. That’s what’s needed.”

Before the shutdown, the Senate did pass a so-called “clean” funding measure that excluded spending for the wall.

Pelosi and Schumer noted that prior vote in their statement Monday.

“It would be the height of irresponsibility and political cynicism for Senate Republicans to now reject the same legislation they have already supported,” they said. “Once the Senate passes this legislation and puts us on a path to reopening government, the President must come to his senses and immediately sign it into law.”

President Trump on Monday highlighted his insistence on funding for his border wall. “Democrats, come back from vacation now and give us the votes necessary for Border Security, including the Wall,” he tweeted in the morning, ahead of the Democrats’ announcement.

“I’m here, ready to go,” he told Fox News later Monday. “It’s very important. A lot of people are looking to eat their paycheck, so I’m ready to go anytime they want. We are not giving up. We have to have border security, and the wall is a big part of border security. The biggest part.” 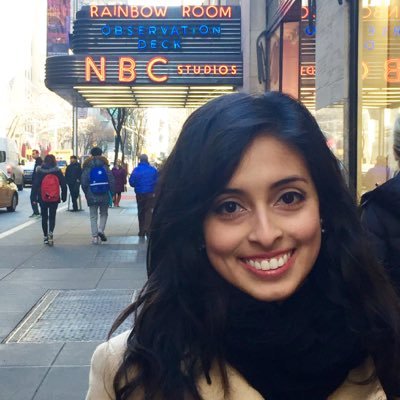 Ivanka Trump warning: Why First Daughter could be US President’s ‘weakness’

Nadiya Hussain: Bake Off winner on being 'emotionally in the right place' to adopt a child

Foregone Science Has Finally Gone Too Far | My Xbox And Me