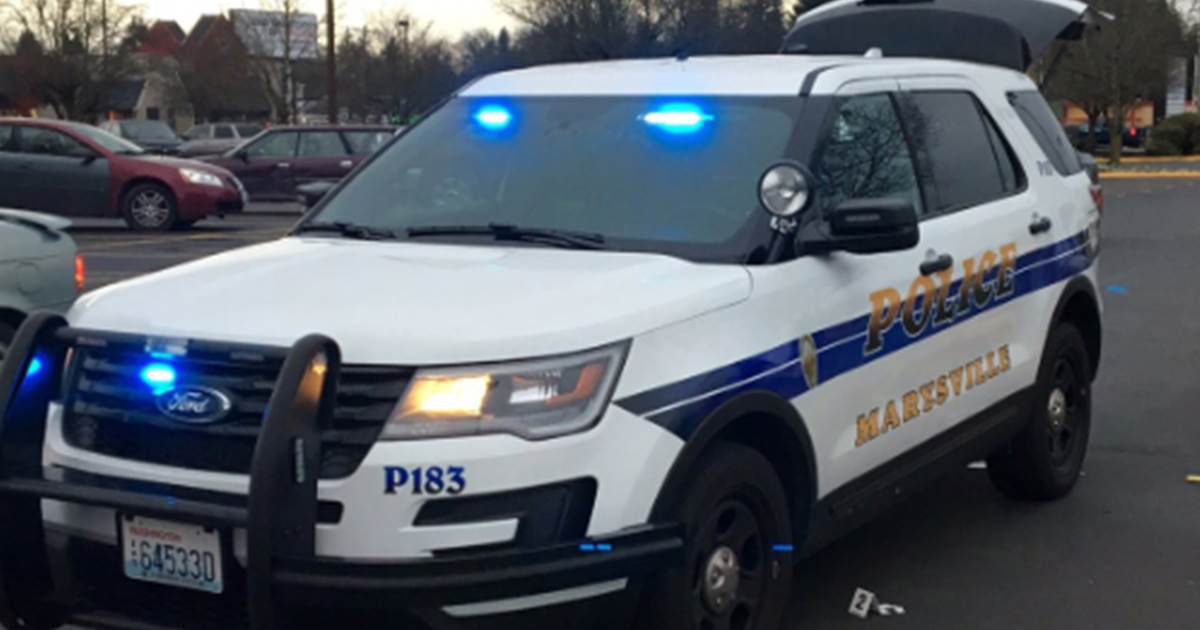 When two thieves fled the Marysville Coastal Farm & Ranch store in Washington state with $1,600 worth of nail guns, they quickly were met not by police — but a gauntlet of armed citizens.

As the men rushed out of the store last Saturday and into a Honda Civic, they were first confronted by a bystander who had drawn his gun in a low-ready position, police said. Undeterred by his gun, the two suspects sped out of the parking lot, causing the man to fall on their hood on their car.

Then, while the suspects fled the scene, two other people in the shopping center with guns shot at the Honda, blowing out two of the car’s tires, police said.

The two suspects eventually abandoned the car along with the four nail guns several blocks from the parking lot, officials said.

Commander Mark Thomas of the Marysville Police Department told NBC News on Thursday that while it took a couple of hours, the department’s K-9 team was able track down two suspects, ages 22 and 23, and get them into police custody. Now, they are being charged with robbery.

The questions remained, however, who were the two people who shot out the Honda Civic’s tires?

Upon reviewing security cameras in the area, Cmdr. Thomas said after the incident “the two citizens who did fire the weapon got in the their cars and left the area.” One was even seen leaving as the first police cars arrived on the scene.

The Marysville Police Department hopes the two citizens who fired the shots at the Honda Civic will come forward.

‘Without talking to them, we’re left to speculate what they’re motivation was,” Thomas told NBC News. The Department is asking those two individuals to contact the police and give a statement about what they saw.

Thomas acknowledged reports that said witnesses counted as many as six people pulling out guns on the robbers, but he said that police could only account for three armed bystanders.

The four stolen nail guns were returned to Coastal Farm & Ranch, who declined to comment on this story due to the ongoing investigation.

Coronavirus spread largely among under 40-year-olds in France, minister says

Belarus: What lies behind the protests?

Arkansas jogger, 25, is found murdered near her home two days after she went missing

Covid-19 'could cause type 1 diabetes in children'