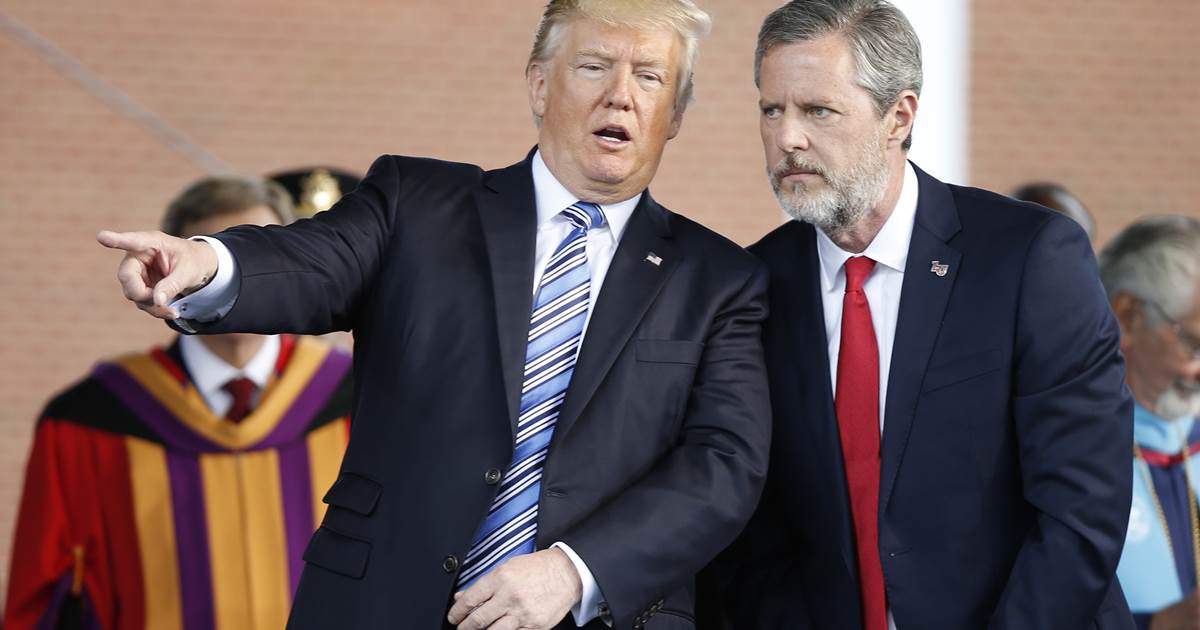 President Richard Nixon’s Southern strategy legitimized this direct appeal to white cultural values during his 1968 presidential campaign. But it was the strident political operatives of the so-called New Right like Phyllis Schafley who truly pushed conservative Christians to remember America before the Civil Rights Act and the Voting Rights Act as a more Christian America where people knew their place and respected authority.

This longing for the imagined values of a less diverse past was also institutionalized in church-based schools, often referred to as “segregation academies,” that resisted desegregation by pulling white kids out of public schools. In 1973, the same year Lynchburg, Virginia integrated its public schools, the Rev. Jerry Falwell started Lynchburg Christian Academy, which pledged to teach students to “love this great nation and to respect her.” By 1979, Falwell was leading the Moral Majority in support of President Ronald Reagan’s campaign to “Make America Great Again.”

The culture wars that the religious right promoted for 40 years pit nostalgia for the past against an imagined future where equal protection under the law for women, immigrants and the LGBTQ community send the nation spiraling into sacrilegious chaos. In an audio recording of Monday night’s dinner that was leaked to NBC, Trump warned that if Democrats take the House in the midterms, “they will overturn everything we’ve done and they’ll do it quickly and violently.” The preachers listening knew what he meant; they have been warning their congregations of much the same thing for decades.

Today’s Trumpvangelicals are pushing back against an increasingly multiethnic democracy that twice elected a black man with the middle name “Hussein.” Trump hammered President Barack Obama for years using the racist “birther” dogwhistle. And when he assures conservative evangelicals that we can all say, “Merry Christmas” now, he again equates the Christian faith with nostalgia for a white American past.

Too many faith leaders continue to bless Trump’s race-baiting. They have used their public role as faith leaders to whitewash divide-and-conquer politics and policies that target immigrants, people of color and the poor. Jesus borrowed a word from the Greek theater to describe this misuse of religion: hypocrisy. It isn’t true religion, but a performance to hide complicity with injustice behind the mask of faith.

As a preacher who cut my teeth on the politics of the conservative evangelical movement, I know the layers of reinforcement that prevent true believers from changing their minds — especially when they have unprecedented access to power. But I also believe that such individuals are the minority. Even if the vast majority of white evangelicals continue to support Donald Trump, they represent less than 18 percent of the U.S. population. As demographic shifts force a public choice between white nationalism and a multiethnic democracy in our society, it’s essential that we remember and lift up the faith that did, in fact, inspire the abolitionists and the civil rights movement before us.

That faith explicitly rejected the slaveholder religion of the 19th century and the evangelicals of the 1960s who criticized Dr. Martin Luther King, Jr. and others for getting involved in politics. If we’re going to look to the past, let’s instead remember the old-time religion of Frederick Douglass and Sojourner Truth, of the Social Gospel preachers who challenged economic inequality during the Gilded Age and of the Civil Rights preachers who challenged America to become a more perfect union.

The current iteration of conservative evangelicals is a sad departure from the great tradition of faith leaders who have worked for generations to expand democracy in America’s public square. It’s time to reclaim the moral narrative these current leaders claim to possess.