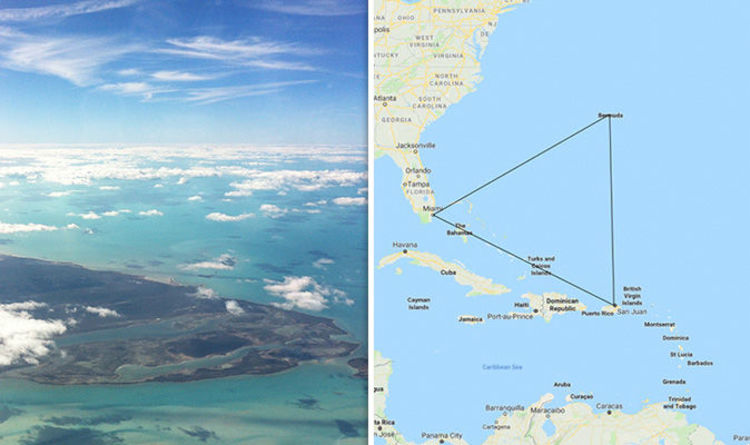 The Bermuda Triangle has often been the centre of myth, legend, films and novels as a mysterious place where planes and ships disappear upon entering.

The area is also known as the Devil’s Triangle and contains multiple shipping lanes.

Planes and ships have seemingly been swallowed without explanation, leading to the mythology surrounding the area.

Where is the Bermuda Triangle?

There are 500,000 square miles of North Atlantic ocean which make up the Bermuda Triangle.

It lies just off the coast of the southeasternmost tip of Florida.

Some argue about the area which the mysterious area covers, with measurements varying from 500,000 miles to 1,500,000.

The number of incidents varies depending on the area of the triangle, with understandably more incidents occurring the wider the area.

The area of the triangle is thought to reach from the southern tip of Flordia to the island of Bermuda, to Puerto Rico and then back to Florida.

The featured map illustrates the area the triangle reaches.

What causes ships to disappear?

There have been many superstitions created around the Bermuda Triangle due to a plethora of unexplained disappearances around the area.

The myths define the triangle as an area which consumes ships and aircraft apparently without reason.

However, many of these disappearances can be explained rationally.

There have been many theories as to why the disappearances occur, ranging from the supernatural to the extraterrestrial to the mythological.

Despite this, the area is home to popular shipping routes.

Experts at the University of Southampton, believe they can explain the mystery by a natural phenomenon known as “rogue waves”, according to the Sun.

Rogue waves only last for a few minutes and were first observed via satellite in 1997 off the coast of South Africa.

Some of the towering waves have even measured 30m high.

The infamous area in the Atlantic could experience three massive storms converge from different directions — triggering the perfect conditions for a rogue wave according to Dr Simon Boxall, an ocean and earth scientist.

He believed such a surge of wave activity could be powerful enough to snap a boat in two.

“There are storms to the south and north, which come together,” Dr Boxall said.

“And if there are additional ones from Florida, it can be a potentially deadly formation of rogue waves.

“They are steep, they are high — we’ve measured waves in excess of 30m. The bigger the boat gets, the more damage is done.

“If you can imagine a rogue wave with peaks at either end, there’s nothing below the boat, so it snaps in two. If it happens, it can sink in two to three minutes.”

Armenian PM: atmosphere is not right for talks with Azerbaijan

Some in NYC get absentee ballots with wrong return address