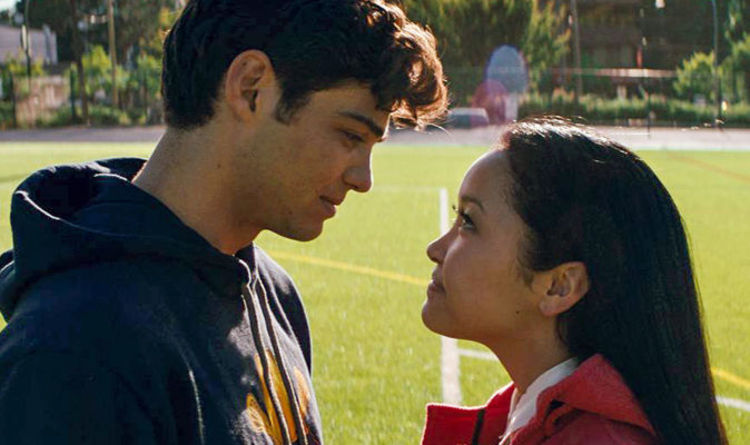 Due to reasons outside of the bosses’ control, a popular moment from Jenny Han’s novel never made it to screen.

There’s a scene when Lara Jean Covey (Lana Condor) shows up at a Halloween party as Harry Potter favourite Cho Chang, while Peter Kavinsky (Noah Centineo) is Spider-Man and gets jealous when Josh Sanderson (Israel Broussard) arrives as Harry Potter.

Those who have read the book will already know that the moment does not feature in the adaptation.

In an interview with Entertainment Tonight, director Susan Johnson implied that the scene was actually written and possibly even shot – but for legal reasons never saw the light of day.

“We had to cut the Halloween scene in prep,” she recalled. “It was in the script originally.

“We ran into issues with the Spider-Man costume. That scene is so beautiful in the book and so important to their relationship, so I was bummed to lose that.

“I think it’s OK without it, but there were some little things we had to set aside.”

She also admitted another element she was sad to see less of: the baking.

“More baking would’ve been less time with Peter and Lara Jean, so there was no way around that,” she said.

“You try and find the balance.”

To All The Boys I’ve Loved Before came out earlier in August and has achieved an incredible 95% score on Rotten Tomatoes.

The consensus reads: “To All the Boys I’ve Loved Before plays by the teen rom-com rules, but relatable characters and a thoroughly charming cast more than make up for a lack of surprises.”

As for whether there will be a sequel, the novel’s author Jenny Han told Indie Wire: “There’s so many things in the second book that I would love to see in a sequel.

‘The whole reason why I wrote a second book [PS I Still Love You] was for the character of John Ambrose McClaren, who is a fan favourite, and he’s a favourite of mine too.

To All The Boys I’ve Loved Before is streaming on Netflix now.

New Hope Club: How The Beatles provide 'a lot' of inspiration for band's newest music

Big wedding in fictional home of 'The Godfather' fuels virus

PS5 pre-order STOCK: How to secure a next-gen PlayStation console for launch