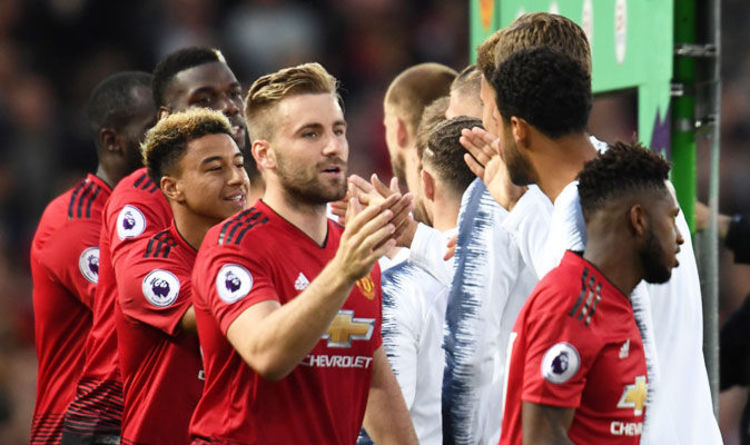 That is the opinion of Sky Sports pundit and former England international Sue Smith.

Shaw has started all three games for Manchester United so far this season.

He played the full game as Tottenham beat the Red Devils 3-0 at Old Trafford on Monday.

The former Southampton left-back has not always had the best of times of it at United, especially under Jose Mourinho.

But he has kept his faith in the 23-year-old so far this season.

Smith admits she would not have liked to play under a “grumpy” manager like Mourinho.

But she claims Mourinho’s approach seems to have finally worked with Shaw.

“The one positive from everything that has happened has been Luke Shaw,” Smith said, in the wake of the Tottenham defeat.

“I think he has been outstanding.

“I watched last night (against Tottenham), he was Man United’s best player.

“All that’s gone on with him and Jose Mourinho, has he now got the best out of him?

“Has he done something that is now making him perform at the level I think, England level, if he continues to perform in that way?

“But yeah of course you want a manager that’s like a (Jurgen) Klopp or like a Pep (Guardiola) that is going to inspire you and is going to be very happy and motivating.

“Whereas I think when a manager comes in and is grumpy to the players, that wouldn’t inspire me as a player.”

Shaw and United are back in action on Sunday when they visit Sean Dyche’s Burnley.