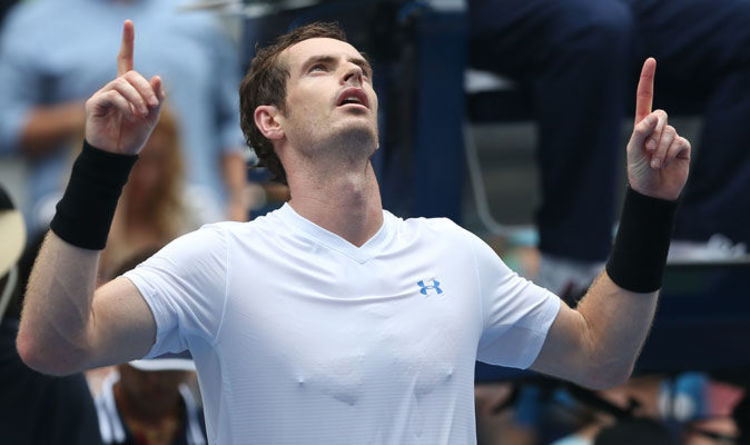 Nadal is the defending champion in New York and got off to a flying start by beating fellow countryman David Ferrer yesterday.

Murray was also in action as he came from a set down to progress at the expense of Australian James Duckworth.

Djokovic was the pre-tournament favourite with the bookmakers after winning Wimbledon and the Cincinnati Masters.

But Murray thinks the Serbian’s draw is too difficult as he faces a potential quarter-final clash with Roger Federer.

So the Brit has backed Nadal to go on and claim his 18th Grand Slam title – without even a mention of Federer’s name.

“If I had to pick someone I would pick Rafa,” Murray told ESPN.

“I think that Novak is playing great tennis now and maybe he is in the slightly harder part of the draw which can make things more difficult.

“I think it is between those two. Rafa’s section is, I don’t want to say easier, but Novak has the harder draw.”

Murray has only just returned from a hip injury which had him sidelined for almost a year.

During his time off, the former world No 1 co-commentated on a Wimbledon quarter-final clash between Nadal and Juan Martin del Potro for the BBC.

And although he enjoyed the experience, Murray is unclear on what his future holds after tennis.

“I did the Nadal-Del Potro quarter-final and it was an incredible match and one of the best that I have watched,” he added.

“The fifth set was amazing quality. I enjoyed it but I don’t know if I would like to do it longer term or not.

“I hadn’t watched a match like a spectator (in a while).

“I was always thinking ‘what would I do in that situation?’ but I was trying to understand how Rafa would play and match-up against Juan.

“I’m not sure if it’s something I’ll take up after tennis.”

UEFA Super Cup WILL go ahead with 20,000 fans despite accusations of 'human experiment' in Budapest

McIlroy: DeChambeau is the 'opposite of what US Open champion does' – video