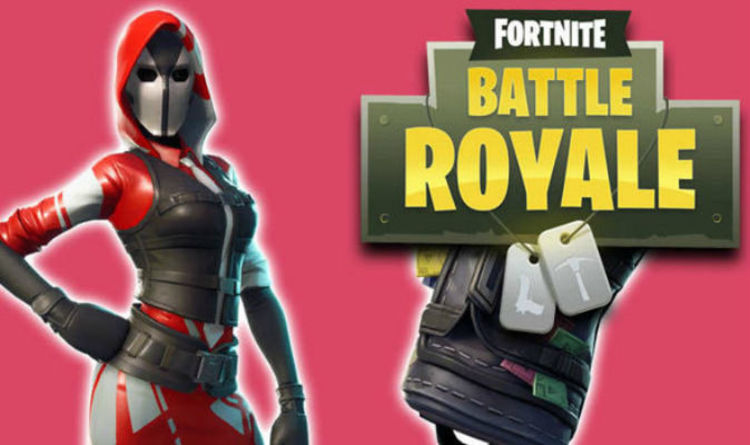 Epic Games has confirmed that the Wingman Starter Pack, which retails for $4.99, is being discontinued on the PS4.

The bundle, which includes 600 V-Bucks, the Wingman outfit and the Bogey Back Bling, will be removed by the end of today.

But it appears that a new Fortnite skins pack has leaked early, which will be taking its place.

According to reports online, the Ace Pack will be launching later this week, offering a similar deal.

This will include the new Ace skin, as well as 600 V-Bucks and Swag Bag Back Bling.

Data miners first found evidence of the new starter pack deal in the game files, following the launch of update 5.30.

The skin found is of a female character that is sporting a silver and black mask while wearing a hooded red and grey dress.

Her back bling is the above mentioned Swag Bag, with notes of colourful money stashed on the side of it.

Like other Fortnite starter packs, the image of the skin and back bling has a V-Bucks icon next to it.

It appears that the new Fortnite Ace Pack will be launched tomorrow, August 28, and will be available on PS4.

The Fortnite starter packs cost £3.99 in the UK and come with an outfit, back bling as well as 600 V Bucks.

These new designs leaked with a number of others earlier this month, so fans can expect plenty of new outfits to arrive in the Fortnite item Shop very soon.

This includes the new Fortnite skin and item released by Epic Games this weekend.

A new wave of cosmetic items has been launched by the development team, including a fresh set that looks like they would fit in during Halloween, rather than August.

Battle Royale players can find the new designs in the Fortnite Shop, with all of them coming with their own V-Bucks price tag.

A new Legendary skin is part of the unique set, including its own mask and back bling.

The Ravage outfit leaked with a bunch of other season 5 designs and will cost 2,000 V-Bucks to add to your collection.

As mentioned above, this new design comes with its own winged back-bling and is part of the existing Nevermore set.

Fans can also snap up the new Iron Beak harvesting tool, fitting in nicely with rest of the Ravage attire.

Not to be outdone, there is also a feathers contrail that is part of today’s Fortnite item shop bundle.

8 tips to survive The Walking Dead Onslaught, out tomorrow for PS VR

Playing Pokémon Go With My Son Is My New, Unpaid Part-Time Job