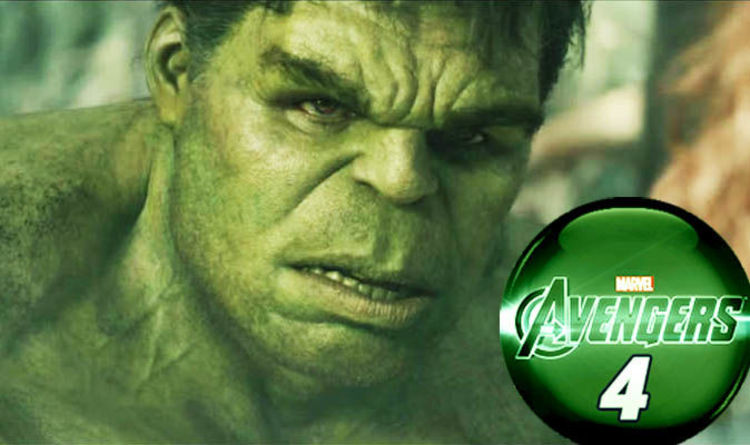 Loki’s famous last words (almost literally) were also the last time they were true. The fight on board the Asgard vessel at the start of Avengers 3 was the last time Hulk fully manifested.

The latest Infinity War home entertainment packages come with a full directors’ and writers’ commentary which reveals that Hulk is getting tired of just being used by Bruce as the muscle.

But there is another extraordinary explanation for the not so jolly green giant being camera shy, which has its roots back in Age of Ultron.

What if Hulk refuses to ‘Hulk out’ because he has been told, or shown a vision and is waiting for a certain critical moment?

Redditor ZeekOwl91 has formulated a powerful theory that reveals the Mind Stone has been working against Thanos since the very first Avengers movies, including prompting the visions Scarlet Witch gives everyone in Age of Ultron.

It says: “The visions that Scarlet Witch puts into the minds of the Avengers, I think this was the Mind stone’s intention, using Wanda as a means to warn the Avengers of the threat that is to come.”

It is undeniable that since then Hulk has developed far greater control and a clear intelligence and awareness, most specifically after spending a full two years controlling the host body in Thor Ragnarok.

The theory adds: “But we didn’t see Hulk’s vision! What the hell did Wanda show him?! Or, let’s rephrase that, what did the Mind stone, through Wanda, show the Hulk?

“I believe that this vision is only known to the Hulk, and that this is why he doesn’t come out again after his confrontation with Thanos in Infinity War: The Mind stone shows the Hulk something that he needs to do, or that there’s a moment he needs to wait for.”

It’s hard to imagine what could be more critical than Thanos about to erase half of all life across the universe.

However, most fans are now sure that the Snap needed to happen. It is part of Doctor Strange’s one and only path to defeating the Mad Titan.

Another intriguing possibility is that Strange, himself, appeared to the Hulk.

There is a growing belief that the Sorcerer Supreme used the Time Stone immediately before his death to travel back in time to specific key moments and tell certain Avengers an important piece of information or something they needed to do.

Fans may not be able to travel in time, but they still have six full months to formulate ever more clever and convoluted solutions to the ending of Infinity War.

Whatever turns out yo be true, it’s certain that Hulk and his desperate situation with Bruce Banner will be at the heart of it.

Stimulus package talks are ramping back up. What it could mean for another check