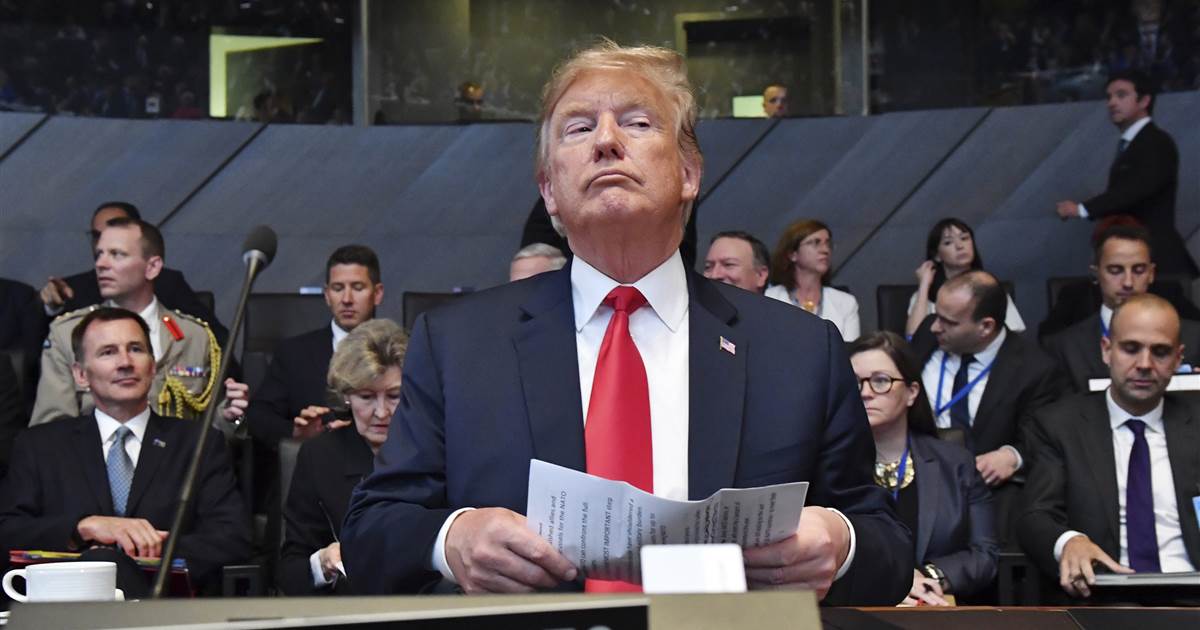 Merkel and Trump, who arrived at the NATO summit via a different entrance than the other world leaders, met privately about 9:15 a.m. ET.

The two leaders discussed the pipeline, Trump said when they broke to chat with reporters. He did not elaborate.

The meeting was “great” and he has a “very, very good relationship” with Merkel, Trump said.

Speaking in German, Merkel said they discussed trade and migration.

After their meeting, Macron was asked if he agreed that Merkel is beholden to Russia. Trump jokingly interjected that he was glad the question had been posed to the French president. Macron deflected, saying he and Trump discussed NATO cooperation.

Trump didn’t give NATO allies much time to get settled. His fusillade was delivered even before the pomp-filled welcoming ceremony opened the NATO summit, as he and NATO Secretary General Jens Stoltenberg spoke to reporters before having breakfast together.

While Stoltenberg said a “strong NATO is good for Europe and good for the United States,” he tried to temper Trump’s criticism of partner nations.

“We have all been able to unite around our core values, that we are all stronger together than apart,” he said.

“How can you be stronger when a country is getting energy from the person you want to protect against?” the president asked.

“Because we understand when we stand together we are stronger,” Stoltenberg explained.

Trump replied, “No, you are just making Russia richer.”

The president’s comments appeared to be a reference to the Nord Stream 2 pipeline that would bring gas from Russia to Germany’s northeastern Baltic coast, bypassing Eastern European nations like Poland and Ukraine and doubling the amount of gas Russia can send directly to Germany. The vast undersea pipeline is opposed by the U.S. and some other E.U. members, who warn it could give Moscow greater leverage over Western Europe.

Earlier, Trump said that he had “great confidence” in Stoltenberg, and gave him credit for working to deal with the “unfair burden” he said was being footed by the U.S.

The line of argument is nothing new for Trump: It’s been his most consistent criticism of traditional American allies and one that he made both at a campaign rally in Montana last week and in Washington just before he departed for his trip to Europe.

But the message landed differently — a little more directly — now that he is in Brussels and meeting face-to-face with the leaders of NATO nations.

“It’s just infuriating to watch this happen,” Burns said. “You cannot imagine any American president all the way back 75 years deciding to become the critic-in-chief of NATO. I mean, it’s Orwellian. He’s making our friends out to be our enemies and he’s treating our enemies, like Putin, as our friends.”

In a joint statement issued Wednesday, the top two Democrats in Congress, Senate Minority Leader Chuck Schumer of New York and House Minority Leader Nancy Pelosi of California, said Trump’s behavior at NATO sent a “profoundly disturbing signal” that he is “more loyal to President Putin” than the alliance.

“If the president leaves the Putin meeting without ironclad assurances and concrete steps toward a full cessation of Russian attacks on our democracy, this meeting will not only be a failure — it will be a grave step backward for the future of the international order and global security,” they said.

While Trump didn’t mention Merkel by name in his remarks early Wednesday, they clashed at last month’s G-7 summit, and he later took a swipe at her on Twitter — wrongly stating that crime was rising in her country because of mass migration.

He also referred to Merkel at the Montana event, saying, “I don’t know how much protection we get by protecting you.”

The president’s ambassador to NATO, former Sen. Kay Bailey Hutchison, said last week that the goal of the summit is to project unity. But Trump’s demands, and his criticism of Germany, threaten that outcome.

Laura Rosenberger, a senior fellow at the German Marshall Fund and a foreign policy adviser to Hillary Clinton’s 2016 campaign, told NBC News that Trump is only helping Russia by exposing and creating fissures within NATO.

“While concerns about Nord Stream 2 are real, accusing Germany of being captive to Russia is patently false — and frankly feels like a bit of projection coming from Trump,” Rosenberger said. “But more broadly, the fact that he chose to start off the summit’s events by attacking one of our allies, instead of stressing our unity … is itself a win for Putin.”

At the end of the day, the NATO heads of state released a 79-point joint declaration that mentioned Russia 56 times, and Stoltenberg said a Wednesday night dinner would focus on Russia.

But he demurred when asked about Trump’s request that countries reach a new target of spending 4 percent of the size of their individual economies on defense.

“Well, I will focus on what we have agreed, and we have agreed to be committed to the pledge increasing defense spending to 2 percent, and let’s start with that,” he said. “So we have a way to go, but the good news is we’ve really started to deliver.” 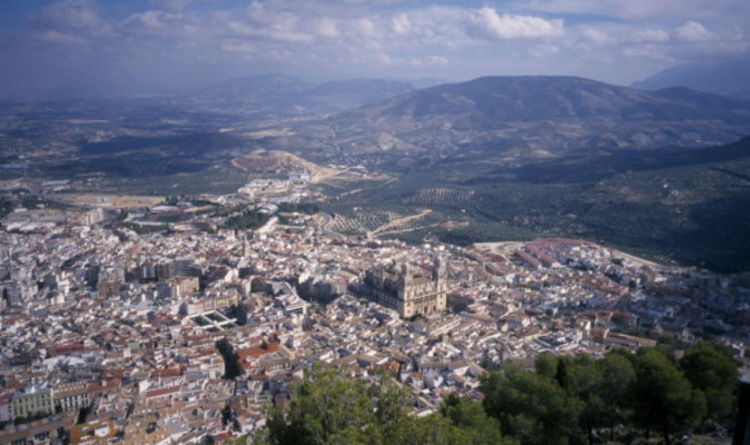 Daniel Cristian Serrano’s manipulated version of “Christ Disrobed” featured both a nose piercing and the crown of thorns. The 24-year-old from Jaén, […] 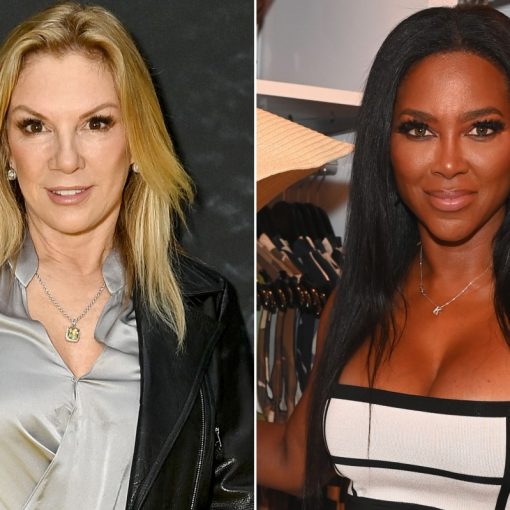 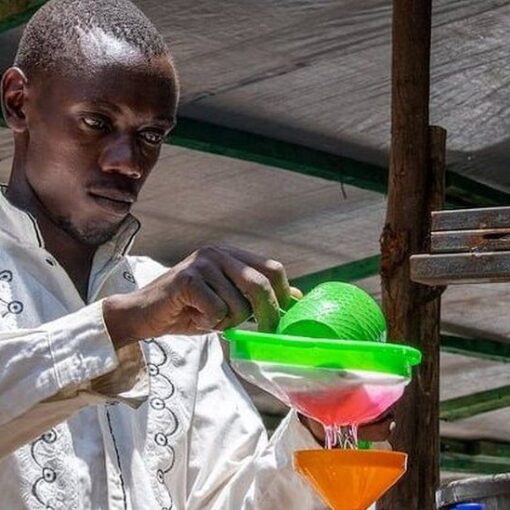 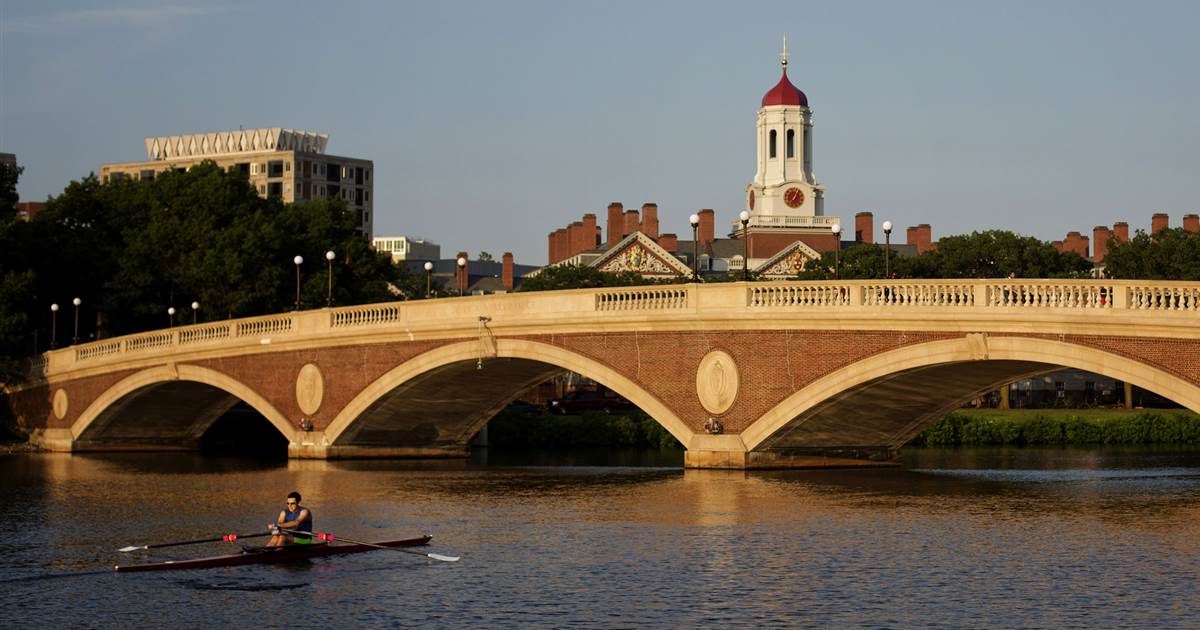 When Harvard University students were told to pack their bags, essential workers like Doris Reina-Landaverde remained on campus to disinfect dormitories. Now, […]