I woke up this morning with the feeling that something was missing from my life.

Now I know what it is. A humorous reality show based on Kim Kardashian West‘s family.

“Whoa,” I hear you cry. “What about ‘Keeping Up With The Kardashians‘?”

Ah, but that isn’t supposed to be funny. “You Kiddin’ Me” is.

“Inspired by Kardashian West’s own fun family antics, ‘You Kiddin’ Me’ is a comedic prank series where the kids are in charge and celebrities must do everything their own children say,” a press release explains. It sounds like “Punk’d,” but without Ashton Kutcher.

It’s apparently based on Kardashian West’s own family. I had no idea that her husband, Kanye West, might be such a wag.

Beware, though, all those who live anywhere near celebrities. This series will feature fine, well-adjusted celebrity kids pranking not only their celebrity parents, but also unsuspecting members of the public.

Should you be a devout Facebooker, please don’t think you’ll be a mere spectator. You, too, will get the chance to prank your favorite Facebook celebrity.

Who will be first in line to prank Kanye, telling him, perhaps, that he won an award when he actually didn’t?

I feel sure the 10-episode series will be a vast success. Kardashian West, an accomplished businesswoman, is an executive producer of the series. Little she touches doesn’t make money.

The only question is whether it’ll be contrived, rather than funny. Oh, that’s a minor detail. 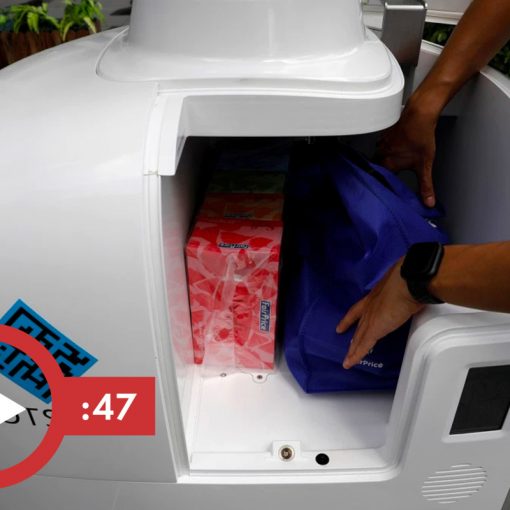 SINGAPORE – Hoping to capitalise on a surge in demand for home deliveries, a Singapore technology company has deployed a pair of […]

Big data has been touted as the next massive transformation in global data analysis and management. Businesses around the globe have incorporated […]

Fidji Simo, left, will take on the role of CEO, and founder Apoorva Mehta will transition to executive chairman.  Instacart Online grocery […]