If you could use a good pick-me-up, why not watch a good comedy? We’re here to help. We’ve rounded up the best comedy movies (and thrown in a couple of stand-up specials to boot) that are available on Netflix right now.

Admit it: You could use a good laugh.

One of Will Ferrell‘s best comedy movies, “Taladega Nights” follows Ricky Bobby’s (Ferrell) absurd and hilarious rise to the top of the Nascar standings, bringing Cal Naughton Jr. (John C. Reilly) along for the ride. The biggest challenge comes when Formula One champion Jean Girard (Sacha Baron Cohen) joins Nascar and starts winning races, forcing Ricky Bobby to turn up the heat. Honestly, there are so many quotable moments, but “If you’re not first, you’re last!” has the one of the best payoffs.

Chris Farley‘s first starring role in a comedy movie is a classic. He plays Tommy Callahan, who works alongside Richard Hayden (David Spade) to save his family’s auto parts business after his father dies. One of the all-time comedy greats from SNL, Farley was a one-of-a-kind comedy legend. “Tommy Boy” is a must-watch.

Jim Carrey had many TV and film roles before and after “Ace Ventura: Pet Detective.” But his breakout was as the goof-ball detective, specializing in cases involving animals. Sure, it’s absurd, silly and didn’t win him any film awards. But it’s also lighthearted and perfect if you just want to sit on the couch and laugh. If you can’t get enough of Carrey’s wacky facial expressions, there’s a sequel, “Ace Ventura: When Nature Calls.”

Ben Stiller‘s satirical action comedy stars Stiller, Jack Black and Robert Downey Jr. The premise is great: When rookie movie director Damien Cockburn (Steve Coogan) can’t get the drama he wants from his prima donna cast, he decides to shoot his Vietnam action movie in the jungle and CGI the effects in later. Robert Downey Jr. as Kirk Lazarus is just one of many hysterical performances in this film, which features a shockingly funny bit role from Tom Cruise.

A comedy classic that still holds up today, “Caddyshack” puts together early SNL stars Bill Murray and Chevy Chase along with all-time great comedians Rodney Dangerfield and Ted Knight for a silly summer spent at a private golf club. There are tons of hilarious performances all around and plenty of quotable moments.

Nicholas Angel (Simon Pegg) is an overachieving London cop who gets transferred to a small town force mainly because he was making the officers of his former precinct look bad by comparison. He’s sent to a small village and teams up with a new partner in Danny Butterman (Nick Frost) and finds something dark is taking place in the town. The onscreen chemistry is undeniable as Pegg plays the straight man to Frost’s bumbling small town cop.

“Ghostbusters” needs little in the way of introduction, but even if you’ve seen this movie before, it’s still incredibly charming and funny to this day. A team of misfits including Bill Murray, Dan Aykroyd, Harold Ramis and Ernie Hudson figure out a way to capture ghosts and decide to start a team called the Ghostbusters. Leading lady Sigourney Weaver plays the perfect “straight woman” to the rest of the cast’s comedy antics.

“Ghostbusters 2” may not climb to the heights of the classic original, but it’s still very entertaining.

Family friendly and beautifully animated by Pixar Animation Studios, “Finding Dory” is a fun 3D computer-animated adventure. With excellent voice-acting performances from Ellen Degeneres as Dory and Albert Brooks as Marlin, it’s a hilarious and heartwarming adventure that your kids will love… and probably watch again and again.

A darker entry than most on the list, Heathers is an iconic ’80s movie that follows a string of murders at a small town high school. The most popular girls in the school are gradually picked off by Veronica (Winona Ryder) and a sociopathic J.D. (Christian Slater). Did I mention it was dark? It is. But it’s also filled with funny dialog and a ton of ’80s nostalgia.

Here’s another movie that’s not going to be in your top 10, and to be fair it probably won’t make your top 20 either. With that said, it’s an absurdly funny cult classic. It follows a group of camp counselors at Camp Firewood as they try to kindle romance on the last day of camp. The cast is too huge to list, but there are a ton of people nobody knew then, but everybody knows and loves now, including Amy Poehler, Paul Rudd, Bradley Cooper, Michael Ian Black and Elizabeth Banks. The camp director is played by Janeane Garofalo.

Netflix made the film into a series in 2015, bringing back many of the same characters who were already a little old to be camp counselors in the original, but now it’s just plain absurd (which is part of the fun). Search Netflix for “Wet Hot American Summer: First Day of Camp.”

“This is Spinal Tap” star Christopher Guest has some funny movies to his credit and “Best in Show” is near the top of the list. It’s a mockumentary about the lives of five eccentric participants in a prestigious dog show. If you’re looking for something funny and different, “Best in Show” is excellent.

Will Smith got his start in the rap music business, then starred in “The Fresh Prince of Bel Air.” But it wasn’t until the “Men in Black” franchise that he really hit it big. The guy is just plain charismatic. Combine his in-your-face style with a deadpan Tommy Lee Jones, then drop the two into a fictitious organization that monitors alien activity on Earth — and you’ve got heaps of fun.

A claymation comedy created by Nick Park (who was behind “Wallace & Gromit“), “Chicken Run” sees a group of hens hatch a plan to escape the Tweedy family farm before the Tweedys are able to turn it into a chicken pot pie factory. The dialog is funny, but the expert claymation and the expressive faces of the characters are what make this movie great.

Peter Bretter (played by Jason Segel) has been in a long relationship with girlfriend Sarah Marshall (Kristen Bell) when she suddenly breaks up with him. To put it the heartbreak behind him, Bretter takes a vacation, only to find Marshall and her new boyfriend staying at the same resort. It probably sounds sad, but great performances from Segel and Bell, along with hilarious supporting roles from Mila Kunis, Russell Brand, Bill Hader and Jonah Hill, make this movie a lot of fun.

In what became an instant classic over a decade ago, “Wedding Crashers” follows Jeremy Grey (Vince Vaughn) and John Beckwith (Owen Wilson) as they crash weddings to try to meet and bed vulnerable women. Terrible as it sounds, there are a lot of laughs as they work their various schemes, and there are top-notch performances from Vaughn, Wilson, Rachel McAdams, Isla Fisher and Christopher Walken.

This dark comedy stars Billy Bob Thornton as Willie T. Soke, a professional thief who disguises himself as Santa Claus every year in order to rob shopping malls. He’s also an alcoholic and a sex addict, and when his poor lifestyle choices start to affect his work, things go awry. While it probably won’t become a family holiday tradition, it’s a hilarious story with great performances all around.

Filled with quotable lines and memorable moments, “Superbad” perfectly captures the awkwardness of youth, as Seth (Jonah Hill), Evan (Michael Cera) and Fogel (Christopher Mintz-Plasse) navigate their way to a big party where their love interests will be. Seth Rogen (who teamed with Evan Goldberg in writing the movie) also plays a cop alongside Bill Hader; the two inadvertently help the boys to their goal. As an all-around fun teenage comedy, it’s tough to beat Superbad for laugh-out-loud entertainment.

After a long break from standup, Dave Chappelle made his triumphant return with two new Netflix comedy specials. Even after all this time, he’s still got it.

As of Dec. 31, Netflix added two more Chappelle comedy specials, called “Equanimity” and “The Bird Revelation.” These are both must-watch specials as well, and — according to Chappelle himself — might be the last you’ll see of the comedian in the foreseeable future.

No Metacritic score yet.

This is one of the only comedy shows I’ve ever seen that made me cry. While probably not a great endorsement for a standup special, the reason it’s both funny and heartbreaking is because it’s Patton Oswalt‘s first time doing standup since the unexpected death of his wife last year. Amazingly, he can still make us laugh while talking about great personal tragedy. 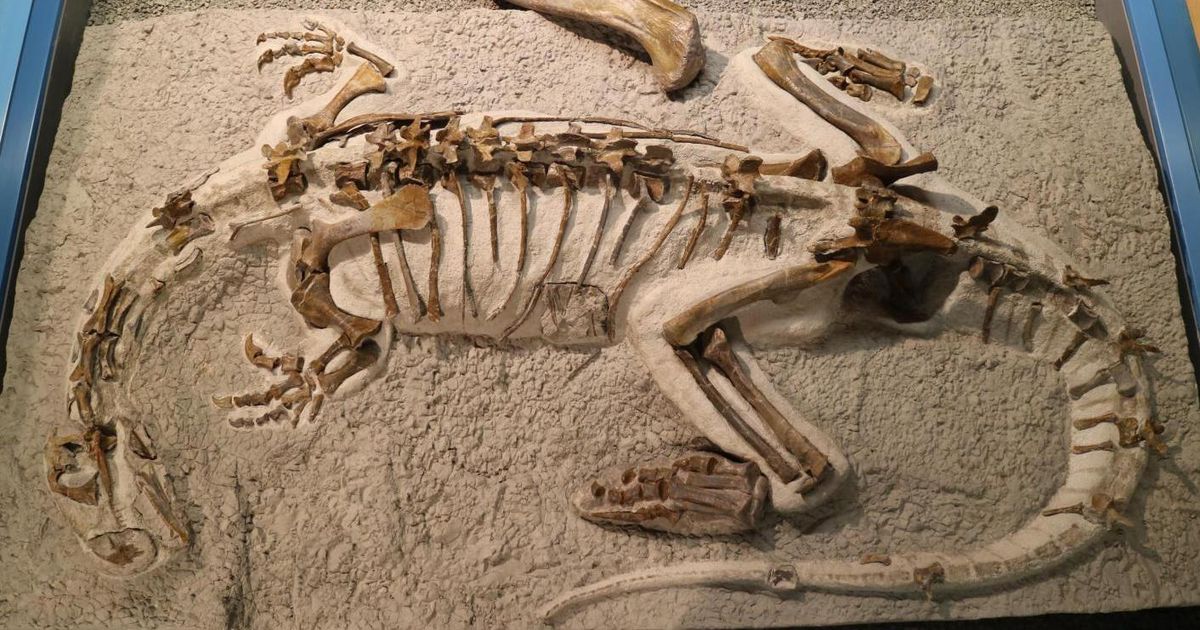 This baby Plateosaurus fossil is named “Fabian” and appears in in the Sauriermuseum Frick in Switzerland. The larger bone above it is […]

Now Playing: Watch this: We ride the Scooterboard (aka Inmotion T3) These two statements are true:  1) Folding electric scooters are the […] 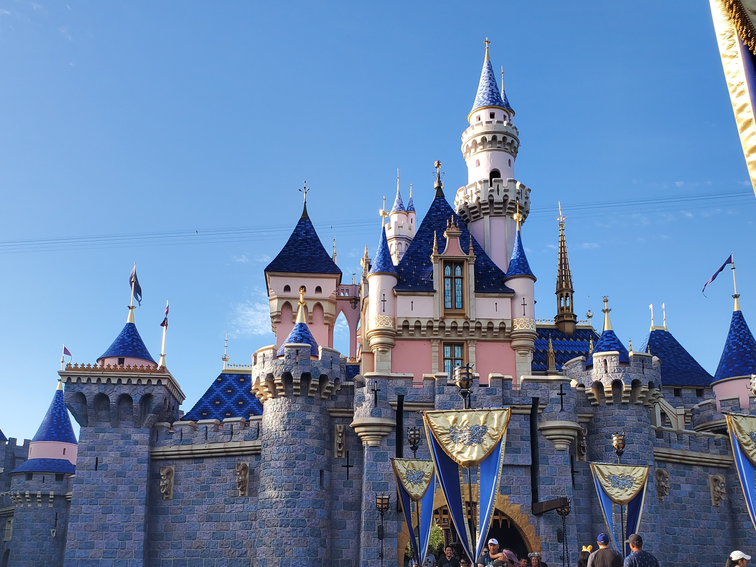 Disneyland will remain closed until further notice. Corinne Reichert/CNET For the most up-to-date news and information about the coronavirus pandemic, visit the […]

Angela Lang/CNET In the last decade, apps (and by association, smartphones) have become an essential part of our lives. Since the iOS […]