The pilot and passenger who were stuck in a plane for hours after it crashed into power lines in Montgomery County, Maryland, Sunday have been rescued, Montgomery County Fire and Rescue Service Chief Scott Goldstein said early Monday morning. Both were taken to the hospital with serious injuries, he said.

Rescue operations are underway in Maryland after the pilot and passenger of a small plane became trapped after crashing into power lines Sunday, local officials said.

Rescue units were dispatched at 5:30 p.m. to reports of a small airplane that had flown into the power lines in Montgomery County, according to Pete Piringer, chief spokesperson for Montgomery County (MD) Fire & Rescue Service.

When units arrived on the scene, they found a small plane suspended about 100 feet in the air that had struck the tower. The pilot and passenger survived and are OK, Piringer said.

The pilot was identified by Maryland State Police as Patrick Merkle, 65 of Washington, DC. The passenger is Jan Williams, 66 of Louisiana, the state police said in a news release.

The fire department is in communication with the pilot and passenger and nearby roads are closed, according to Piringer. The crash scene is about four miles northwest of the Montgomery County Airpark, state police said.

There is “no other way to determine if it’s safe to access the tower until it is grounded or bonded,” Montgomery County Fire and Rescue Service Chief Scott Goldstein said during a Sunday evening news conference.

This involves crews ascending to put clamps or cables onto the wires to make sure there is no static electricity or residual power, the chief said. The airplane must also be secured to the tower structure, he said. Foggy weather conditions in the area are making matters more complicated, he added, by affecting visibility.

The plane “is not going to be stable until it’s chained and strapped in place,” Goldstein said. “Any movement, any accidental movement, could make the circumstance worse.”

Utility bucket trucks were seen near the plane late Sunday about six hours into the rescue operation, video from CNN affiliate WJLA showed.

Goldstein said the department is regularly checking in with the plane occupants and moderating the use of their cell phones to conserve their batteries.

After the tower is safe to access and the plane is secured, crews “will work to bring the occupants of the plane out and down to the ground and transport (them) to area hospitals,” Goldstein said.

Roughly 120,000 customers were without power Sunday evening following the crash, but that number was down to less than 1,000 customers early Monday morning, according to the Pepco utility company, which provides electric service to roughly 894,000 customers in Washington, DC, and surrounding areas in Maryland. Montgomery County is just north of Washington, DC.

“We have confirmed that a private plane came into contact with Pepco’s transmission lines in Montgomery County,” Pepco tweeted. “We are assessing damage and working closely with Montgomery County fire and emergency services.”

“We are awaiting clearance to the scene before crews can begin work to stabilize the electric infrastructure and begin restoring service,” the company added.

Schools in Montgomery County will be closed Monday due to the widespread power outages, district officials said Sunday night.

The district earlier said that more than 40 schools in the Montgomery County Public Schools system and six central offices were without power, affecting services such as maintenance, buses and food service.

Resources from Pepco’s contractor have arrived at the scene and a local company has sent a large crane to assist with the operation, Goldstein said.

“We are taking measured and risk balanced steps to approach this activity,” he said.

Officials from the Federal Aviation Administration and leadership from Maryland State Police are on scene, Goldstein said Sunday night. The FAA put an aircraft restriction in place during rescue efforts, state police said.

The FAA told CNN the plane is a single-engine Mooney that departed from Westchester County Airport in New York. The agency will investigate the incident along with the National Transportation Safety Board.

William Smouse, who lives about a mile from where the crash took place, told CNN affiliate WJLA on Sunday evening that he was going out to dinner with his son when he saw “two big flashes” and then multiple fire engines driving by.

“It’s unfortunate but I’m glad they are still up in there. We can see the light in the cockpit of the cell phone from the pilot, we did here that they called in to say they are OK,” Smouse said.

Smouse said the incident is “pretty scary” and that his house is located in an area where planes and jets often pass through. 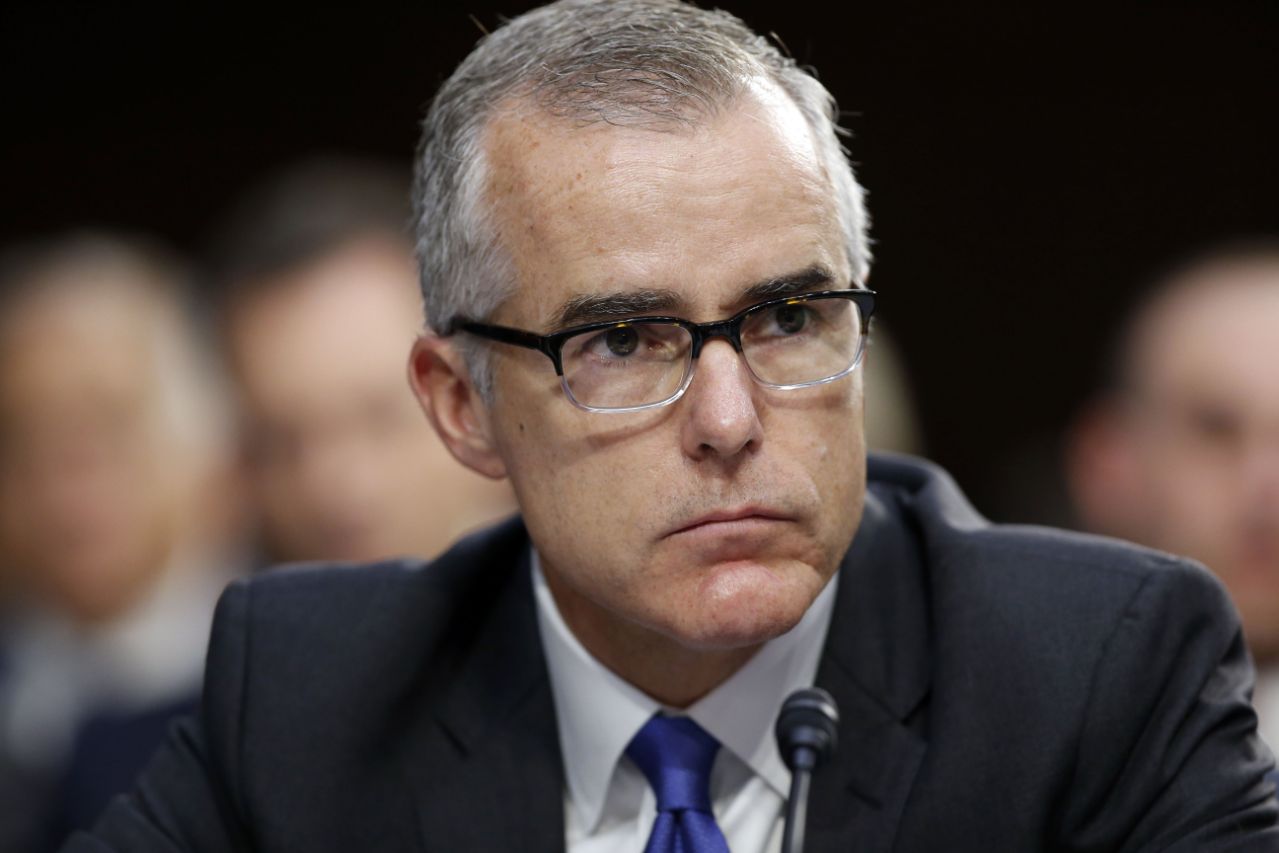 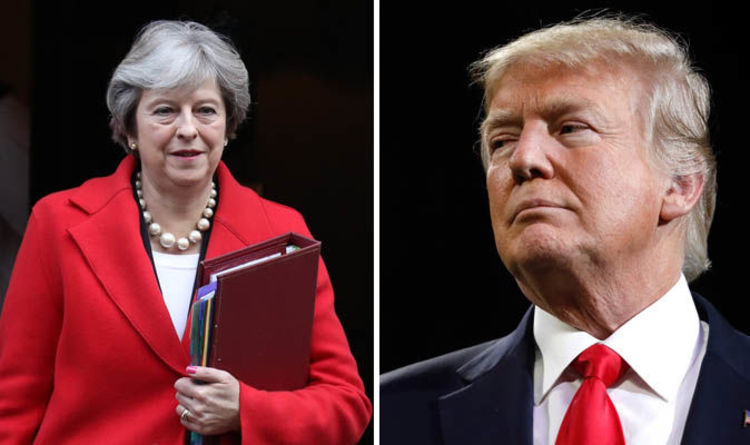 More than six out of 10 women felt he should not be afforded the honour.  The President has faced repeated accusations of […] 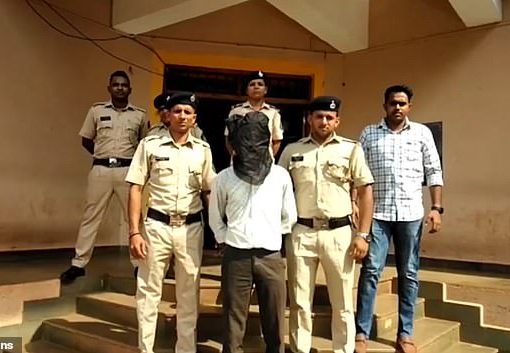 Rape suspect, 32, is paraded by police with bag over his head after being accused of attacking Brit woman, 42, in front […] 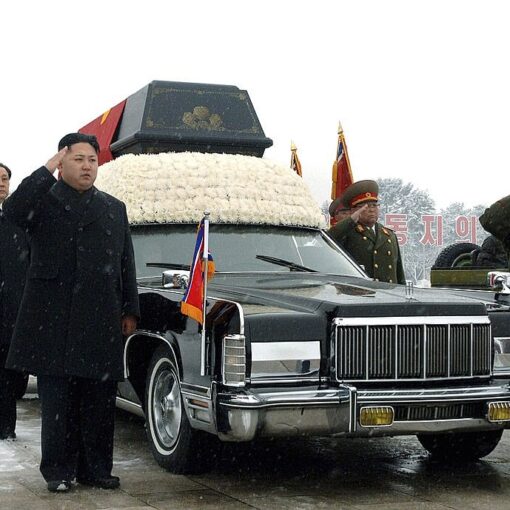 A decade ago, the name Kim Jong Un was almost unheard of – both inside and outside North Korea. The youngest son […]