Alvin Bragg is said to be probing whether the illegal $130,000 payment to Stormy Daniels, made shortly before the 2016 presidential election, could be tied to Trump.

It was made by the president’s former fixer Michael Cohen to try and silence Daniels’ claims of a one night stand in 2006, when Trump’s third wife Melania was pregnant with their son Barron, now 16.

Trump denies he had sex with Daniels, but Cohen was later convicted of making an illegal campaign contribution.

Cohen served three years in prison after pleading guilty in 2018 to campaign finance violations related to the payments as part of a federal probe.

He has always alleged how he was following Trump’s orders.

Cohen was later reimbursed for the cash by Trump, with Bragg now likely to try and say that proves there was a conspiracy between the two men.

His office, under predecessor Cyrus Vance previously investigated Trump – but that probe appeared to come to a halt earlier in the year.

According to The New York Times, Bragg’s strategy is an untried one. He is believed to be turning the screws on former Trump Organization Chief Financial Officer Allen Weisselberg to help him build the case. 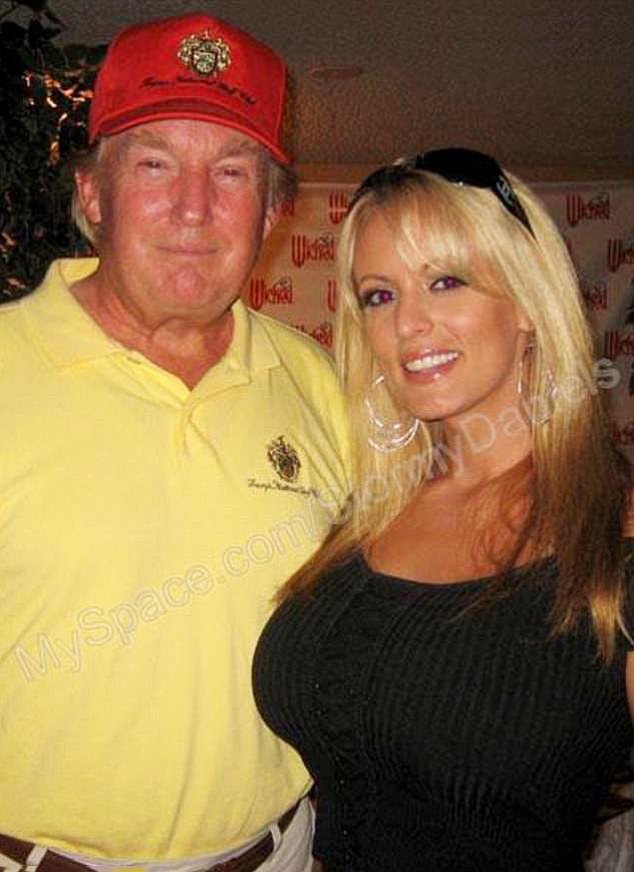 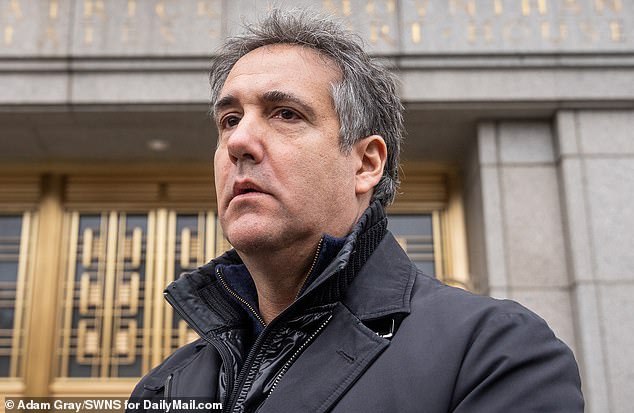 Trump’s former personal lawyer and fixer, Michael Cohen, has already said that he used his own funds to pay off Daniels with Trump and with The Trump Organization, later reimbursing him. He was sentenced to three years in prison

Weisselberg has already struck a plea deal over tax charges related to freebies and donations he received while working for Trump, but has refused to turn informant against the former president.

Bragg is said to hope threatening him with fresh insurance fraud charges could change that. He has been accused of giving insurers a figure for Trump organization assets without having them properly valued.

Weisselberg is already facing a stretch in the notorious Rikers Island prison over the tax charges – with the prospect of a longer stretch there a potentially-powerful bargaining tool in Bragg’s armor.

Trump also faces legal trouble over the FBI’s raid on his Mar-a-Lago country club in Florida in August. He is accused of illegally holding classified documents there.

And he could land himself in hot water should an investigation into claims he stoked the January 6 riots lead to criminal charges.

Trump has consistently denied having an affair with Daniels and explained the payment as being a personal matter rather than a campaign expense.

In that particular federal case, former District Attorney Cyrus Vance, looked into whether Trump had broken any state laws by making the payment and whether any records held by The Trump Organization were falsified in the process.

Falsifying business records can be charged as a misdemeanor in New York. In order to make it a felony, prosecutors would need to show that Trump falsified the hush-money records to help commit or conceal a second crime.

The Trump Organization was subpoenaed by the District Attorney’s Office in late 2019 for the specific records that tied the payments to Cohen that showed how he helped the funds for Daniels. 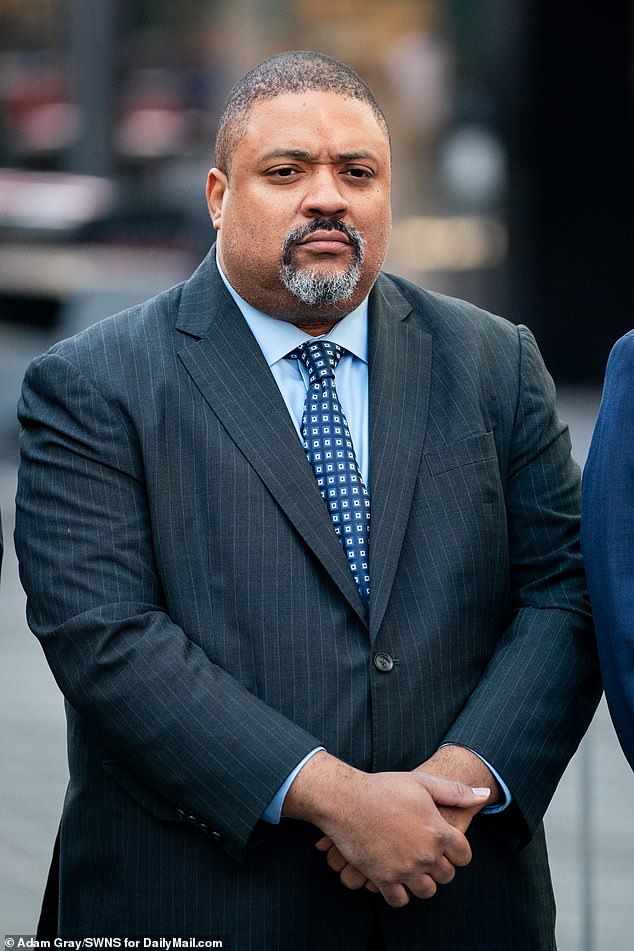 But the investigation suddenly changed focus and instead looked to focus on Trump’s broader business practices.

Prosecutors are now looking in particular at whether The Trump Organization’s finance chief, Allen Weisselberg, might be pressured into cooperating with the renewed probe, according to the New York Times.

Weisselberg, is alleged to have had knowledge of the hush-money payment and has already pleaded guilty to tax fraud charges in a criminal case involving The Trump Organization that is currently being heard at Manhattan Supreme Court.

Weisselberg, who began directly working for Donald Trump in 1986 and with the Organization as far back as 1973 has already admitted to accepting $1.7 million in perks ‘off the books’.

They include items such as free rent on an apartment on Manhattan’s Upper West Side, luxury cars together with private school tuition payments for his grandchildren.

The payments were made from the Trump Organization all as part of a scheme to get around income taxes.

Weisselberg has agreed to testify as a witness for the prosecution in exchange for a five-month prison sentence.

The District Attorney’s Office is now weighing whether to bring fresh charges against Weisselberg in the hope of securing his cooperation once more, the Times reports. 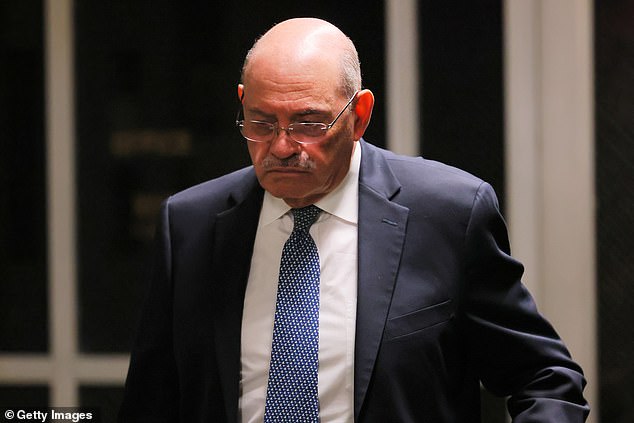 The charges would be unrelated to the hush payments made to Daniels and instead concern insurance fraud and likely extend any jail time served by him.

Trump has denied all wrongdoing and said he never had an affair with Daniels.

They met at a charity golf tournament in Lake Tahoe a year after he married third wife Melania, and were photographed together there.

Daniels claims her alleged sex with Trump was ‘textbook generic.’

He said: ‘I really don’t believe that they’re going back and conducting these investigations, and if there’s any truth to it, it would show poor judgment. The millions of taxpayer dollars they’ve spent on countless investigations, it’s a big waste of time and money.’

Under Vance, prosecutors worked on a broader case against Trump looking at whether he had falsely inflated the value of his hotels, golf clubs and various other assets by billions of dollars in order to obtain better loan terms.

The insurance fraud charges may hark back to this aspect of the case and accuse Weisselberg of lying to an insurance company by using the inflated figures after he said the properties had been assessed by an independent appraiser, when in fact they had not.

The values all appeared on annual financial statements that the  company provided to lenders. This too was the focus of a long-running civil investigation by the New York State Attorney General, Letitia James.

It all adds to the general flurry of legal and political activity surrounding Trump who last week announced that he will be running for president once again in 2024, had his Twitter profile restored and is still being investigated by a special counsel over the January 6 insurrection.

Earlier this year, when Bragg took over as Manhattan District Attorney, he appeared to balk at looking to indict Trump over his business practices seemingly uncomfortable at the DA’s office’s ability to show that Trump had intended to break the law which would be needed for the case to succeed.

The office stated how the investigation into the The Trump Organization was still proceeding, despite the departure of two prosecutors who were leading the probe.

Bragg’s office has not commented publicly on this new, fresh probe. 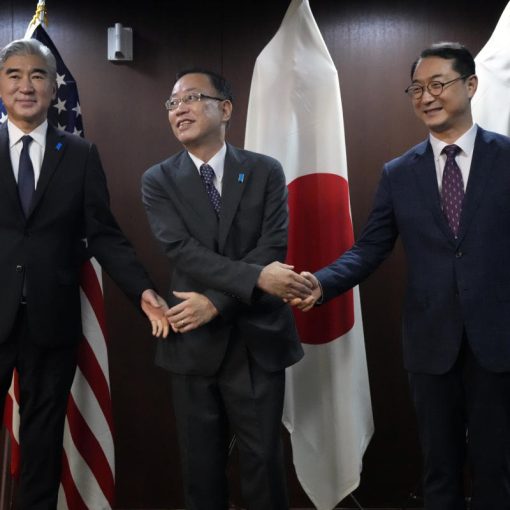 TOKYO (AP) — Diplomats from the United States, Japan and South Korea reaffirmed their commitment on Wednesday to working together in response […] 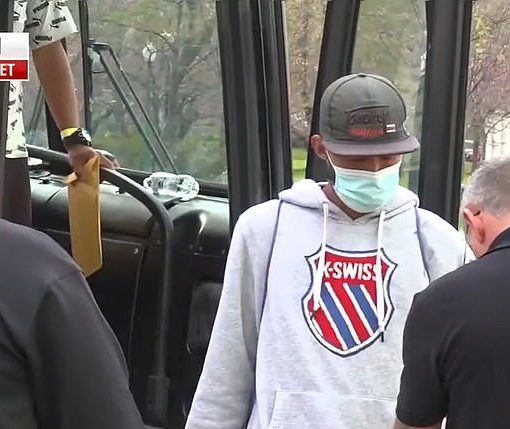 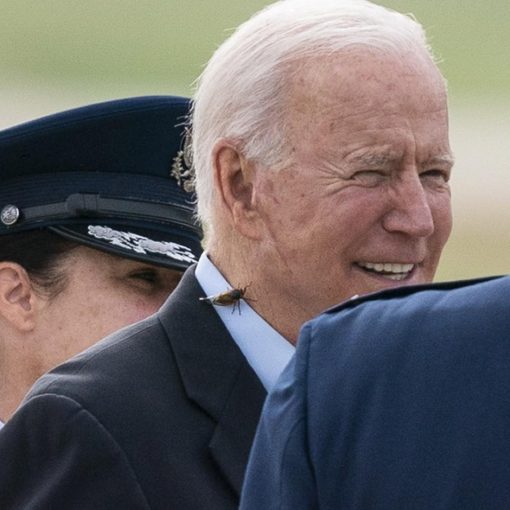