Chilling pictures have emerged showing the inside of a torture dungeon used by Russian troops in the newly-liberated Ukrainian city of Kherson.

Among the sinister finds were gas masks and bottles of liquid – now being analysed – while inmates had scrawled ‘God, give us strength’ on the walls and made markings to count the days they had been held.

In inhumane conditions, the invaders interrogated ‘local patriots’ here who ‘refused to cooperate with the enemy’, said the Ukrainian government.

The torture chamber is the latest of several that have been uncovered in the city, abandoned by Russia as they faced defeat at the hands of Ukraine’s advancing army.

Horrifying testimony has started to emerge from victims of Russian torture while investigators have in recent days uncovered 63 mutilated bodies of Ukrainians.

City residents today likened conditions under the occupation of Putin’s troops to ‘a horror movie’. 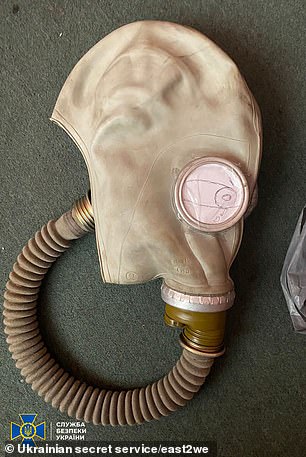 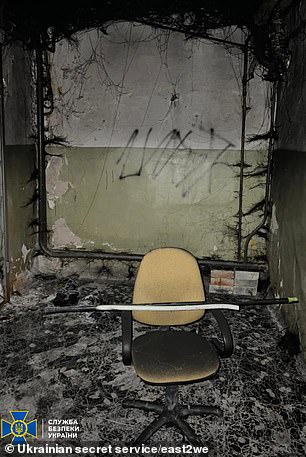 What appears to be a torture room is pictured inside a former detention centre in Kherson  reportedly used by Russian troops. A chilling gas mask was found in the building and is suspected to have been used during interrogations 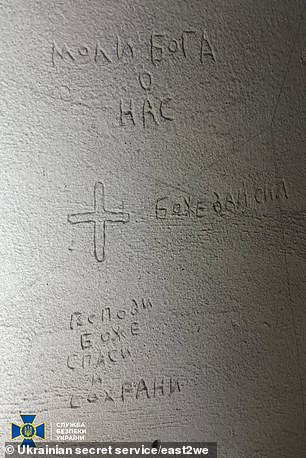 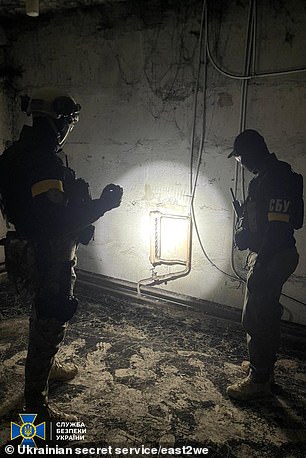 Graffiti on the wall of the torture dungeon reads: ‘Pray God for us. God, give strength. God, save and protect’ 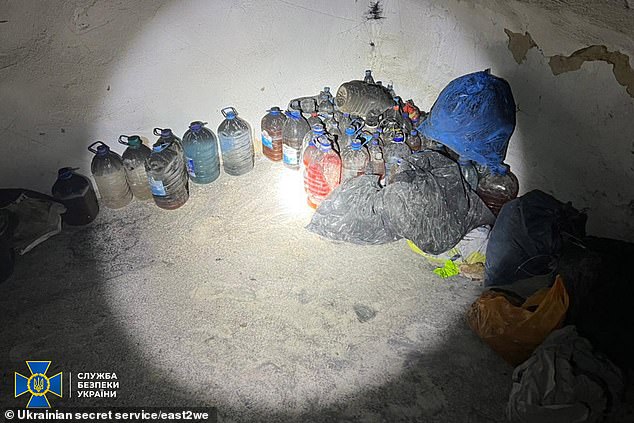 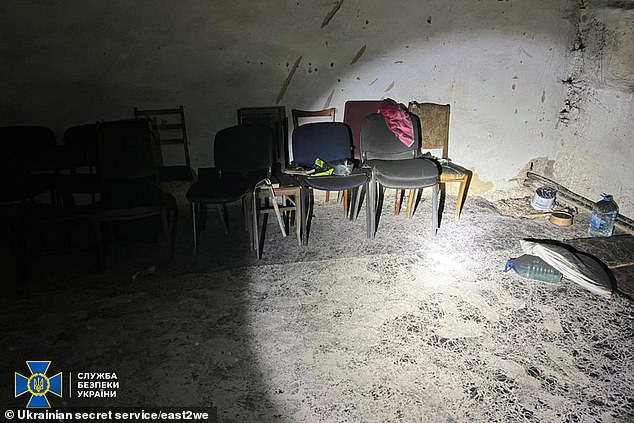 One of the many rooms inside the torture dungeon in Kherson, which was once a detention centre 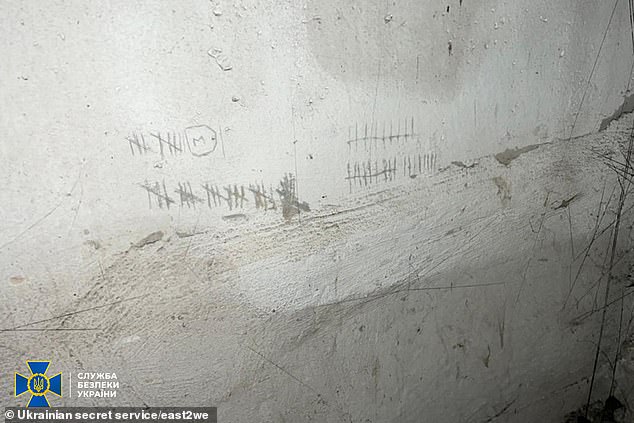 Among the sinister finds were gas masks and bottles of liquid now being analysed.

Writing from a detainee on the wall of the hell chamber says: ‘Pray to God for us. God, give us strength. God, save and protect.’

There was also evidence that the Russians sought to clear away evidence before they fled Kherson.

‘A series of investigative and operational measures is being carried out to document all the crimes of the occupiers, identify the culprits and bring them to justice,’ said the Ukrainian government.

Russia this month staged a humiliating retreat by Vladimir Putin’s forces from the provincial capital in the face of a powerful Ukrainian counteroffensive.

A feature of Russian retreats has been the discovery of torture chambers used by the occupiers. 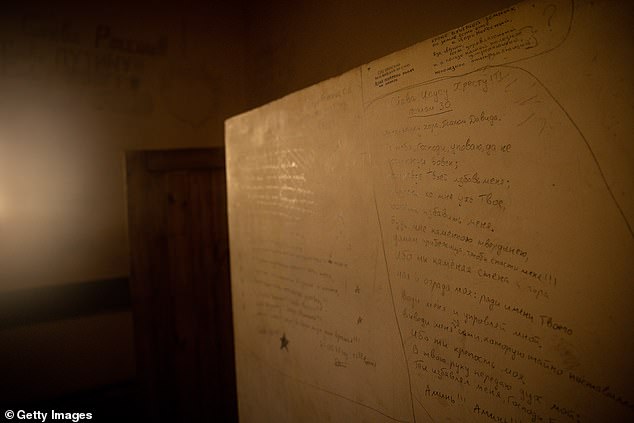 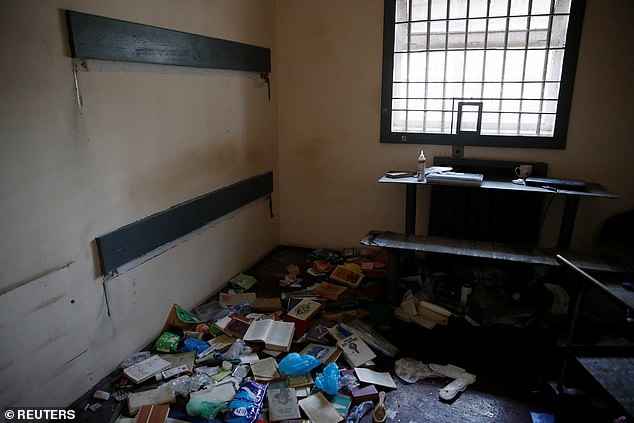 There were scenes of jubilation in the streets as control of the city switched back to Ukraine.

Separately, reports say a former juvenile detention centre had been repurposed by Russian forces as a facility to inflict electrocutions, suffocations and beatings upon civilians, before their bodies were disposed of.

Neighbours allegedly witnessed bodies being dumped outside the facility, with new victims being brought in with bags over their heads.

One detainee has also described hearing a cellmate’s screams as electrodes were attached to his genitals.

IT specialist Zhenia Dremo was one of the civilians to be held in a Russian facility, telling the Guardian he was taken there after being ‘struck on the forehead at a checkpoint for not having cigarettes to give to the soldiers.’

He said Russian troops ‘attached one electro-rod to his (cellmate’s) testicles and the other to his penis. Then for two hours I would sit there and listen to him scream.’

Dremo added he believes over 180 people could have been held there at any point, with over 23 cells holding up to eight people.

Nearby neighbours told the Guardian they began hearing screams coming from the building after it was taken over by Russian troops in March, with one resident describing Russia’s occupation of the city as ‘like a horror movie’ to Radio 4 today.

The witnesses added they saw people being taken into the building with bags over their heads, and bodies being dumped in outbuildings behind the facility.

After being tipped off by locals, the discovery of the gruesome facility was made during a patrol of the city by the SBU secret service and national police officers. 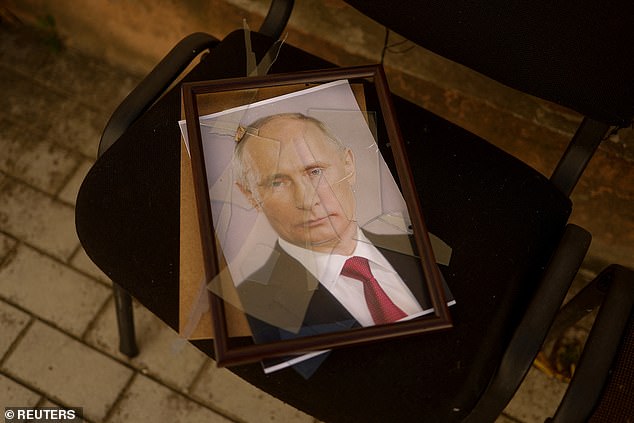 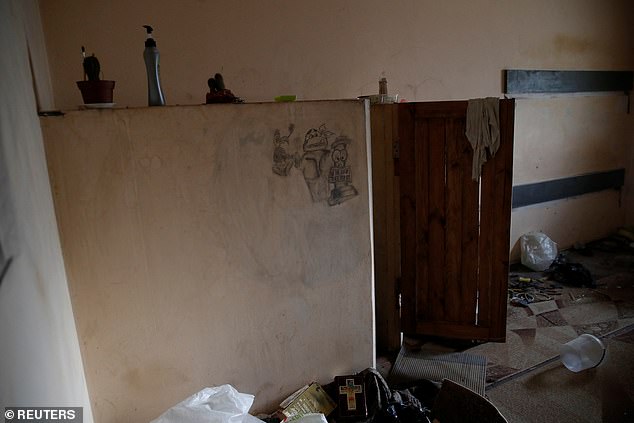 A squalid cell inside a converted detention centre, where Russian forces allegedly carried out tortures

With investigations only just beginning there are fears that even more bodies could be found, with Ukrainian politician Denys Monastyrsky saying in a statement that ‘many more dungeons and burial places’ could be uncovered.

The discovery of torture chambers has become a feature of Russian retreats, with Ukrainian Foreign Minister Dmytro Kuleba saying: ‘Every time we liberate a piece of our territory from Russian army we find torture rooms and mass graves with civilians tortured and murdered by Russian army.’

Last week, a torture chamber was discovered on the outskirts of Kherson, as the city faces a humanitarian crisis following its liberation.

The remaining residents lack water, medicine and food, and are unable to produce staples such as bread because of a lack of electricity of water.

‘The occupiers and collaborators did everything possible so that those people who remained in the city suffered as much as possible over those days, weeks, months of waiting’ for Ukraine’s forces to arrive, Roman Holovnya, an adviser to Kherson’s mayor, said.

Yesterday, an investigation was launched after evidence of a mass shooting of 17 Ukrainian fighters by Russian occupiers was discovered in the city’s Shevchenko Park. 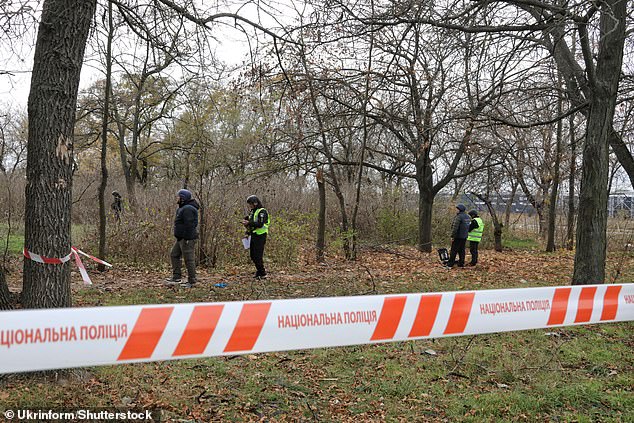 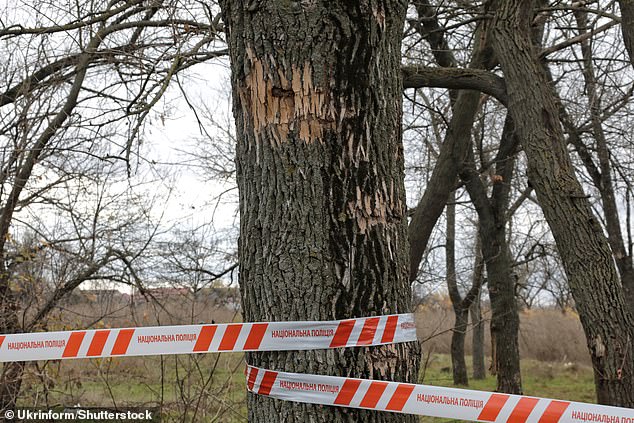 Police have cordoned off a section of the park, where what appears to be bullet holes can be seen in trees in the usually scenic beauty spot.

Satellite images of Mariupol, which is in the Donetsk region of Ukraine in the east of the country, showed a larger number of additional graves have been added to the city’s cemetery between March 24 and October 14.

Mariupol City Council said there is now a 21st mass grave in the city’s cemetery as they released footage of the area.

A New Jersey police officer is accused of fatally striking a pedestrian, taking the man’s body home to discuss what to do, […] 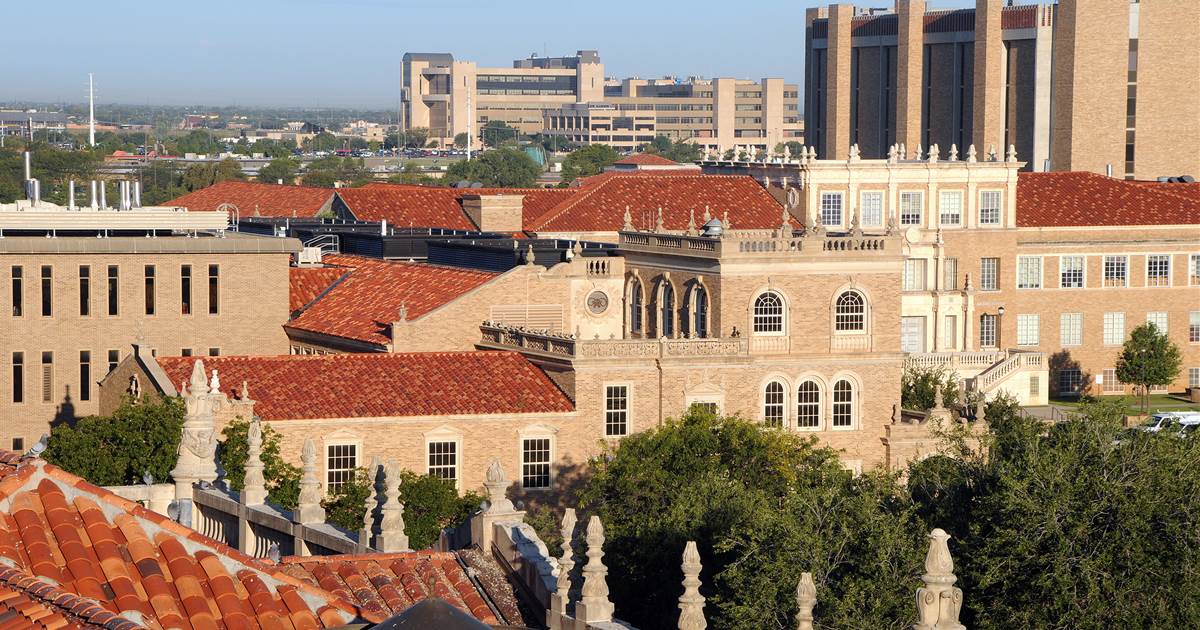