That was the first year that Brazil elected the leftist leader, Luiz Inácio Lula da Silva, as president.

In that first administration, from 2003 through 2010, he oversaw perhaps Brazil’s best moment, riding a commodity boom and an oil discovery to lift 20 million people out of extreme poverty and Brazil onto the world stage.

Now, Mr. Lula is back, set to take the reins of Latin America’s largest nation on Jan. 1, precisely 20 years after the start of his first administration.

But the nostalgia for Mr. Lula’s first go-round may quickly get a reality check.

In his second administration, he will confront a country that has drastically changed. Mr. Lula is inheriting an economy with less runway for growth, a presidency with less muscle and a polarized, internet-obsessed country where a sizable portion of the public views him as a criminal who stole the election.

“Politically speaking, he has much less power than he did, and he’s facing a much tougher challenge economically,” said Alexandre Schwartsman, an economist and a director of Brazil’s central bank during Mr. Lula’s first administration.

The various challenges signal that the honeymoon could be short for Mr. Lula after defeating President Jair Bolsonaro last month and blocking the far-right leader from a second term. While Mr. Lula is returning to the top job with plenty more experience, he has never faced many of the obstacles ahead.

In his first administration, China’s voracious appetite for Brazil’s soybeans, iron ore, oil and meat helped fuel a run of rapid growth that made Brazil the world’s sixth-largest economy by 2012, up from 14th when he began his term. That rise helped him reinvent the country with an expanded middle class, infrastructure investments and successful bids for the Olympics and World Cup.

But now, Brazil has been mired in years of sputtering growth, and China and the global economy are weaker. Mr. Lula spent much of his campaign focused on getting Brazilians three square meals, and he has made clear that his new government’s top priority is directing more aid to the poor.

Yet how he navigates the country’s finances will be one of his biggest tests. Mr. Lula, during his last time in office expanded government spending with economic tailwinds at his back. Now they are not and it appears the market is worried about his plans.

In public comments last week about his push to raise the federal spending limit, he said, “Why don’t the same people who seriously discuss the spending cap not discuss the country’s social issues? Why are poor people not part of the macroeconomics discussion?” The reaction from investors was swift. The São Paulo stock exchange fell 3.3 percent, its worst day of the year.

Mr. Lula wants to lift the spending limit to fund an increase in the minimum wage and an expansion of Brazil’s social-welfare program. He wants to keep the roughly $115 monthly payments that Mr. Bolsonaro began giving to low-income families ahead of the election, and he wants to add an additional $30 a month for each child in those families.

That will cost more than $13 billion in 2023 — yet Brazil’s budget has no room for additional spending.

That is in part because Mr. Bolsonaro spent up to $30 billion in economic stimulus ahead of the election in an effort to win votes, including handouts to the poor and fuel subsidies, according to Daniel Couri, an economist who runs the Senate’s budget watchdog.

Marcelo Castro, a centrist senator who leads congressional budget talks, said he supported Mr. Lula’s effort to raise the spending limit and he expected his colleagues would go along. But analysts said it was far from clear whether Mr. Lula could get enough votes given the opposition from Mr. Bolsonaro’s party.

In his second administration, Mr. Lula is arriving with far more political baggage that could derail his agenda. When he left office at the end of 2010, Mr. Lula was maybe the most popular man in Brazil, with an approval rating above 80 percent. He handed the country over to his handpicked successor and coasted into what was thought to be retirement.

Instead, he became the primary target of a sprawling corruption investigation that uncovered a vast kickback scheme inside his party and the Brazilian government. Mr. Lula was convicted twice on charges that he accepted renovations and a condo from construction companies seeking government contracts.

He was sentenced to 22 years in prison, but after 17 months, he was released. The Supreme Court ruled last year that the judge in his cases was biased and threw out the charges. The decision did not prove his innocence, but it cleared the way for him to run for office again.

Yet the scandal ruined much of the public’s trust in Mr. Lula and his Workers’ Party. On the campaign trail, Mr. Bolsonaro focused on Mr. Lula’s convictions. And now, in defeat, Mr. Bolsonaro’s supporters are citing them as evidence that he stole the election.

That leaves Mr. Lula in a weaker position than in 2003. Four months into his first administration, only 10 percent of the country disapproved of him.

Now, Mr. Lula is so vehemently rejected by the right that after the election, thousands of Mr. Bolsonaro’s supporters massed outside military bases and set up hundreds of blockades on highways, trying to enlist the armed forces to stop Mr. Lula from taking office.

“This is our greatest challenge,” said Senator Randolfe Rodrigues, a coordinator of Mr. Lula’s campaign who is in the running for a major role in his administration. “Everything else is important, but to recover the democratic culture in Brazilian life is our biggest responsibility.”

It also could make it difficult for Mr. Lula to govern.

In 2003, conservative parties were willing to work with Mr. Lula on his priorities. “This time, Bolsonaro hasn’t yet accepted his victory,” said Thomas Traumann, a political analyst who covered Mr. Lula’s first administration as a journalist and worked as the press secretary for Mr. Lula’s successor. “The pressure he will suffer is so much bigger.”

Brazilians last month elected the most conservative Congress since the end of a military dictatorship in the late 1980s. Winning the most seats was Mr. Bolsonaro’s party, giving it nearly a fifth of the two chambers, and the party’s chief has said it would direct its members to oppose Mr. Lula’s government.

Nineteen parties have seats in Congress, and about seven of them make up a bloc known as the Centrão, a largely centrist coalition that controls Congress and governs more on politics than ideology. The Centrão has often gone along with the party in power, but without Mr. Bolsonaro’s party and its 99 lawmakers in the House, that may not be possible.

“There will be no peace if you try to isolate 99 federal representatives. This doesn’t happen,” the party’s chief, Valdemar Costa Neto, told reporters recently. “It’ll be hell.”

The power of Brazil’s presidency has also been diluted in recent years by the expanding influence of the Supreme Court and Congress, which now itself controls a large chunk of the federal budget. Mr. Lula will have to make deals, and he spent much of last week meeting with the House speaker, the Senate president and the Supreme Court justices.

Mr. Lula is the sixth leftist leader elected in Latin America since 2018, and many of those peers have had a difficult time. Argentina is mired in one of its worst financial crises in decades. Chile’s new president faced a major setback after voters overwhelming rejected a new Constitution. And in Peru, the president’s approval ratings have plummeted.

Still, the picture in Brazil may not be so dire. By many measures, the country’s economy is in far better shape than it was in 2003. Trade and gross domestic product are higher, and inflation and unemployment are lower.

But Brazil’s government has taken on enormous debt in recent years, and it now just exceeds 77 percent of gross domestic, the threshold that economists have found slows a country’s economic growth. That leaves Mr. Lula with little financial flexibility to stimulate the economy without causing a new public debt crisis.

There is, however, one area where Mr. Lula could make an early and important impact: the Amazon rainforest, whose health is crucial to the fight against climate change. Mr. Bolsonaro significantly cut funding and staffing for the agencies that protect the forest and the Indigenous groups that live there.

Mr. Rodrigues, who is being considered as Mr. Lula’s environment minister, said the plan was to immediately reconstruct the government’s presence in the Amazon and deconstruct Mr. Bolsonaro’s policies. Mr. Lula’s transition government said it plans to add nearly $200 million to the government’s environment budget next year. And on Wednesday, Mr. Lula is set to address the United Nations climate change summit, known as COP27.

While analysts said that Mr. Lula would have the power to shift the environmental policy on his own — and that the investment would be minimal — how it would play out was less clear. Loggers, miners and ranchers in remote areas of the country are unlikely to give up easily on their main source of income.

“For four years, there was no state there. They could do whatever they wanted,” Mr. Traumann said. “How do you stop those people?” 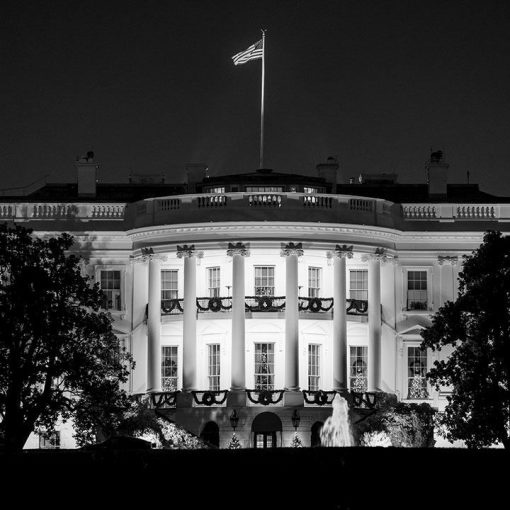 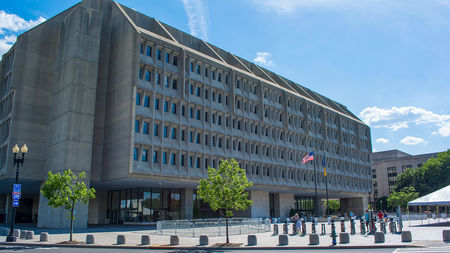 The U.S. Department of Health and Human Services is disputing a news report that it has decided to end a multimillion-dollar contract […] 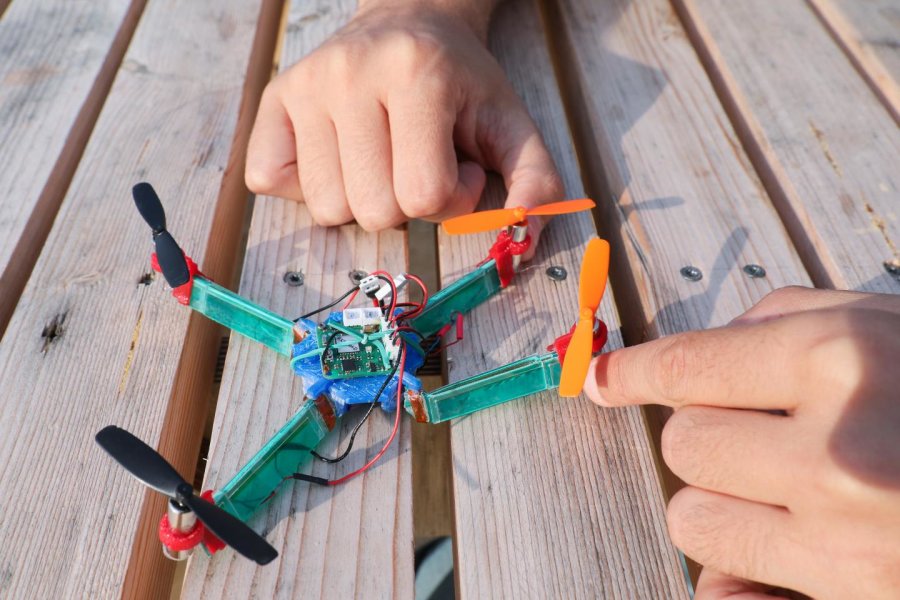 An origami-like drone is flexible enough to absorb shocks without breaking before returning to its initial shape. This new type of drone, […] 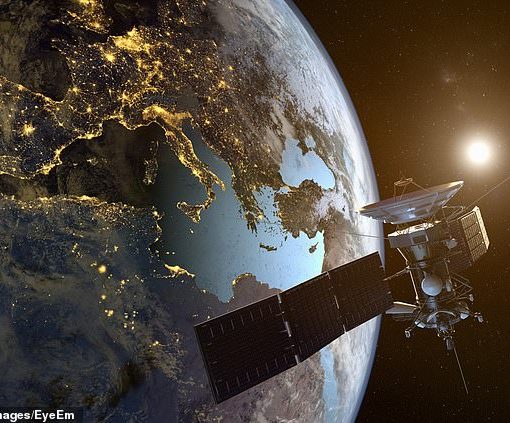