President Biden has warned Russian President Vladimir Putin not to “change the face of war” by using tactical nuclear or chemical weapons amid the ongoing conflict in Ukraine.

“Don’t. Don’t. Don’t. You will change the face of war unlike anything since World War II,” Biden told Scott Pelley on CBS’s “60 Minutes” when asked what he would tell the Russian president if he was considering using the weapons of mass destruction.

If Russia does use the weapons, Biden said, “it’ll be consequential. They’ll become more of a pariah in the world than they ever have been.”

The president declined to specify what the U.S. response would be, but said it will hinge on “the extent of what they do.”

The conflict has stoked international concern about the potential use of nuclear weapons during war, particularly as Russia looks to halt recent Ukrainian gains.

United Nations Secretary-General Antonio Guterres said in August that humanity is “one miscalculation away from nuclear annihilation” as conflict “with nuclear undertones” grows in Russia, Ukraine and elsewhere.

Now, more than half a year into the war, Ukraine has intensified its counteroffensive and pushed Russian forces to retreat from some occupied areas.

Russian pop icon speaks out against Putin’s war in Ukraine

Ukraine’s top prosecutor said on CBS’s “Face the Nation” Sunday that the Office of the Prosecutor General has documented 34,000 potential war crimes throughout the conflict and is readying a case on genocide against Russia.

The rest of Biden’s “60 Minutes” interview, his first with the show as president, is set to air in full Sunday night. One of the things that will not miss in the pockets of a salesperson is a business card holder. However, every big […] The electronic system the Small Business Administration is using to set up new coronavirus loans was down much of Monday, according to […]

Beijing is said to be stepping up its war capabilities, with the Pentagon previously stating that the number of intercontinental ballistic missiles […] 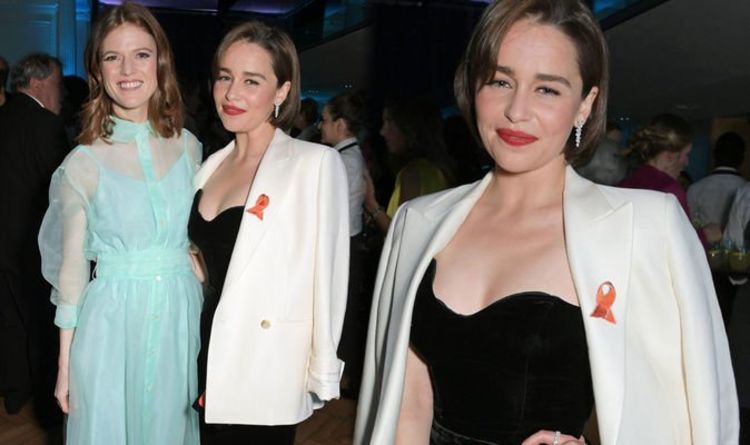 Emilia Clarke, 32, was reunited with her Game of Thrones co-star Rose Leslie at a charity event last night. The English actress, […]