Millions of babies, toddlers and preschoolers with severe eczema could sleep through the night and see their skin rashes ease thanks to a monthly injection that calms their immune system, a study has found.

Scientists at Northwestern University in Illinois, found the monoclonal antibody Dupilumab — sold under the brand name Dupixent — cut eczema symptoms by at least 75 percent in half of children aged six months to five years treated.

The medication — which works by calming the immune system — was administered once a month over 16 weeks in the study, which included 162 preschoolers.

This stage III trial was behind the approval of the $2,000-per-month treatment by the Food and Drug Administration (FDA) in June this year. It was given the green-light for older age groups late last year.

Experts today heralded the treatment as a ‘milestone’ for those who have tried standard treatments without success. Dr Peter Lio, an eczema expert at the National Eczema Association, told DailyMail.com: ‘I don’t think I’ve ever heard so many patients expressing gratitude about a medication.’ 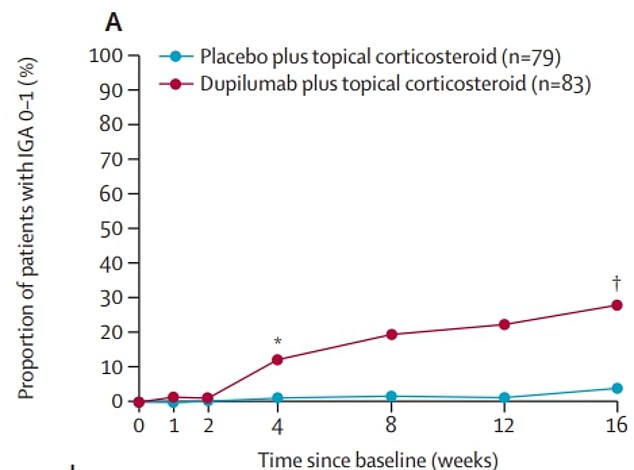 The above graph shows the proportion of children who were rated as almost clear of eczema (Y axiz, proportion of patients with IGA 0 – 1) during the trial. It reveals that by the end 30 percent of those who got the treatment (red) had seen their eczema ease, but just five percent of those in the placebo group (blue) had also seen this

Treatment for more serious cases of eczema — where the skin is dry, cracked, itchy, red and inflamed across large areas of the body — typically focuses on steroids that work by suppressing the immune system.

But many doctors are not keen to prescribe them because of the risk of side-effects including bruising more easily, acne and purpura — or the bursting of small blood vessels creating purple spots on the skin.

This new study, however — published in prestigious medical journal The Lancet —has led to the injection being approved as an alternative treatment for the condition.

Eczema is an inflammatory condition of the skin that leads to redness, blistering, oozing, scaling and thickening.

It usually appears in the first few months of life and affects around 10 per cent of babies.

Eczema’s cause is not fully understood but it is thought to be brought on by the skin’s barrier to the outside world not working properly, which allows irritants and allergy-inducing substances to enter.

It may be genetic due to the condition often running in families.

As well as their skin being affected, sufferers may experience insomnia and irritability.

Many factors can make eczema worse. These may include:

There is no cure for eczema, however, 70 per cent of childhood sufferers no longer have the condition in their teens.

Patients should avoid known triggers for flare ups and use emollients.

Each had moderate to severe atopic eczema, the most common type, and more than three fifths developed the disease before they were six months old.

Their eczema was assessed using the Investigator Global Assessment scale (IGA) — which grades it from one to four where the highest figure is for those with the largest and most severe skin lesions —, alongside other measures, during the study.

Participants were divided into two groups with half receiving the drug while the rest got a placebo.

Duplimab is a monoclonal antibody, meaning it is manufactured by a machine.

It works by binding to a specific protein which helps stop some of the immune reactions that trigger eczema, helping to treat the condition.

Parents were not aware whether their child was getting the medication, but all were told to keep using ointments and standard treatments.

After four months, those who got the drug saw a significant improvement in their symptoms.

At the start all 83 had either moderate or severe eczema symptoms.

But by the end a quarter (23 children) were assessed as being almost clear of the disease.

For comparison, in the placebo group only three achieved the same rating by the end of the study.

Some of the children who got the drug were also able to have a full night’s sleep again.

Dr Amy Paller, the dermatologist who led the study, heralded the drug as a game-changer.

She said: ‘Up to now, all we have had to treat more severe eczema is immune-suppressing medications, such as oral steroids, which we try to avoid in children because they are associated with so many side effects.

‘[But] the ability to take this [new treatment] will significantly improve the quality of life for infants and young children who suffer tremendously with this disease.’

She added: ‘Atopic dermatitis or eczema is so much more than just itchy skin. It is a devastating disease. The quality of life of severe eczema — not only for the child but also parents — is equivalent to many life-threatening diseases.’

The scientists concluded that the treatment was safe and effective for use in children aged six months to five years.

Lio, from the National Eczema Association, said the stage III trial was used by the Food and Drug Administration (FDA) to approve the treatment.

Speaking to DailyMail.com, he said: ‘For those with more severe eczema, asking about sleep is, in my experience, an extremely important component.

‘To some degree, if sleep is not better, even if the skin looks better, I would argue that we have not achieved good control of the atopic dermatitis [most common type of eczema]… Knowing that, it makes this data even more impressive.

He added: ‘While dupilumab is certainly not for everyone, for those patients with moderate or severe eczema that have tried topical agents and have not been able to gain control, it really has been a milestone for therapy.

‘I don’t think I’ve ever heard so many patients expressing gratitude about a medication.’

Upon approving the treatment, FDA officials heralded it as the ‘first of its kind’ to be made available in the U.S. for children with moderate or severe eczema.

Doctors warn that children who suffer from eczema are at a higher risk of developing allergies later in life.

But they also say it can lead to children facing developmental problems, as the condition may leave them unable to take part in the same activities as their peers.

Patients with severe eczema also tend to have a disturbed sleeping pattern.

About a fifth of American children less than six years old have eczema, estimates suggest, with half to a third suffering the moderate or severe form of the condition. 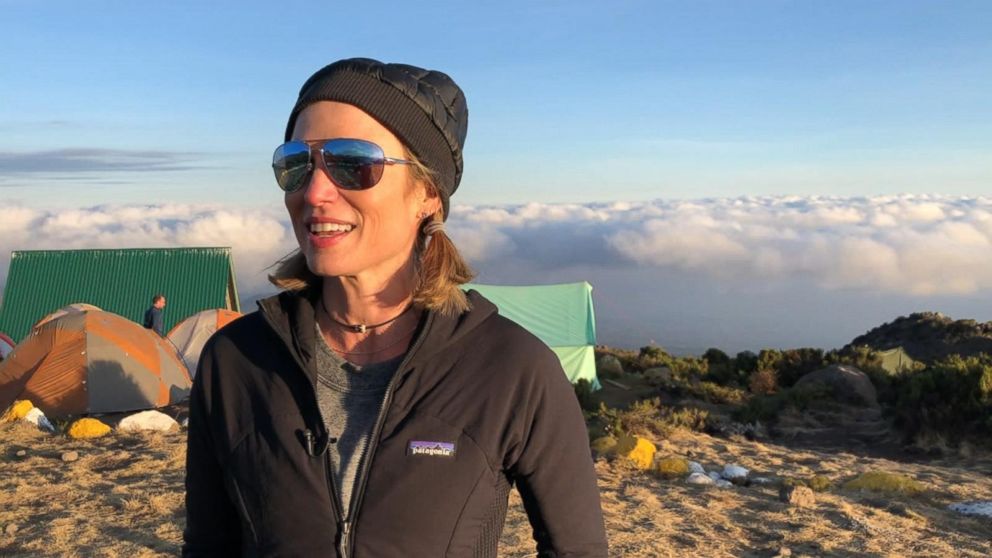 Transcript for ABC News’ Amy Robach opens up about her journey up Mt. Kilimanjaro And the woman who is doing is because […] 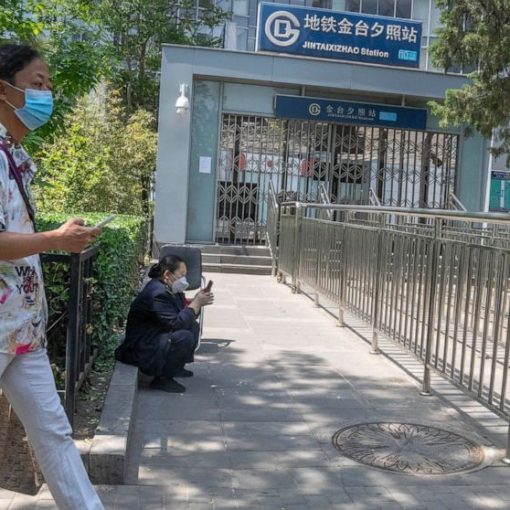 Hong Kong is reopening beaches and pools in a relaxation of COVID-19 restrictions, while China’s capital Beijing is easing quarantine rules for […] 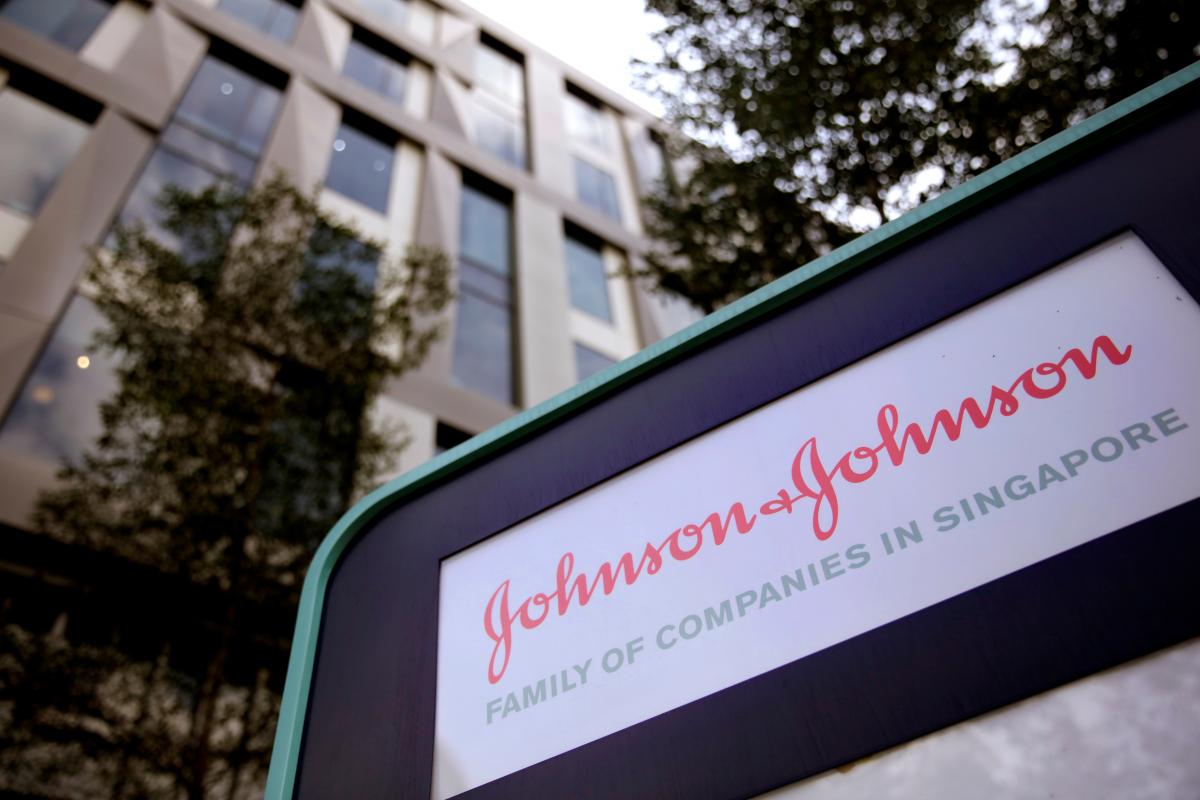 FILE PHOTO: The Johnson and Johnson logo is seen at an office building in Singapore January 17, 2018. REUTERS/Thomas White/File Photo (Reuters) […] 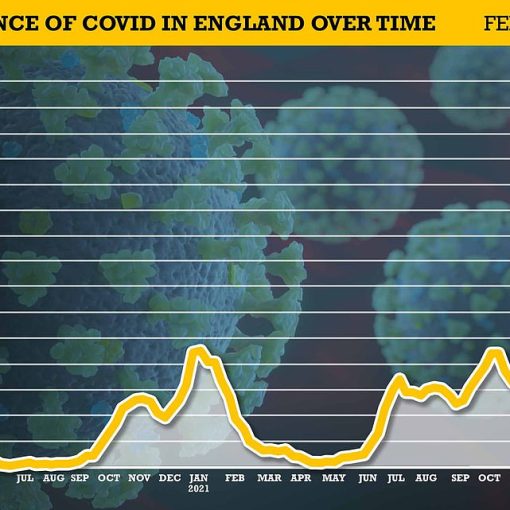 England’s Covid cases last week fell to their lowest level since Omicron became dominant, according to the country’s most trusted infection survey. […]