Mikel Arteta has said he is worried about the fitness of Emile Smith Rowe, whose campaign has yet to take off after a string of injury problems.

Smith Rowe has been restricted to four substitute appearances and appeared to suffer a setback when warming down after the most recent, in the defeat at Manchester United this month. His pre-season was disrupted by a groin injury and there have been suggestions surgery may be the best option to address it.

“I am concerned about the fact that we don’t have him available and when he’s been trying to train he’s not been feeling 100% fit or pain free,” Arteta said. “This is the main concern and we have to find a solution to that. We’re trying to do that.”

The attacking midfielder scored 10 Premier League goals in 2021-22 and forced his way into the England squad but his prospects of a World Cup call-up appear remote. “Very frustrating,” Arteta said. “He’s a kid that loves playing football. It’s the biggest thing in his life. And when he’s not capable of doing that, especially after the run of games and performances that he had with us the year before, it’s just difficult. But injuries are part of football that you’re going to get at some stage of your career. It’s how you face those difficult moments and now you make the next step.”

Arteta was less forthcoming about the condition of Oleksandr Zinchenko. The Ukrainian Association of Football announced on Friday morning that he would be out for about two weeks with a calf injury, missing the internationals against Scotland and Armenia, but his club manager was tight-lipped when asked to confirm he would be ruled out of Sunday’s trip to Brentford.

“We have to wait until [Saturday] to make that decision,” he said. “Where he was at that moment and what we have decided to do for international week doesn’t mean that we will decide the same for the weekend.”

Ben White was the subject of similar confusion after reports suggested his omission from the England squad was down to injury but Arteta said the defender, who has played at right-back this season, was fully fit. That is understood to be the Football Association’s stance, too. “I think Ben is giving a lot of reasons to be selected,” Arteta said.

Thomas Partey is back in training after missing the past three games through injury and could return at Brentford. 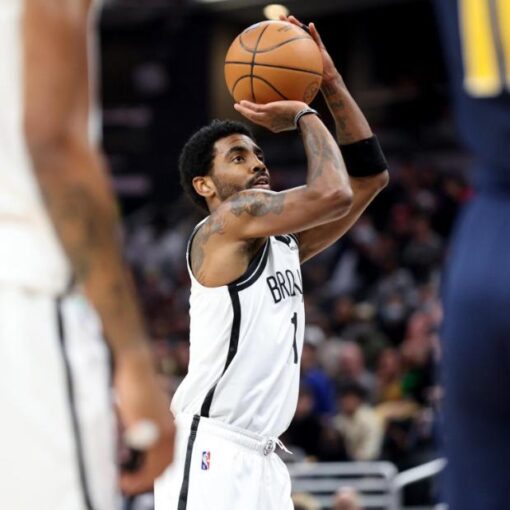 Unvaccinated against Covid-19, the seven-time All-Star guard had been absent from the team all season, but Irving returned to the lineup at […]

Michael Jordan has released a statement on the death of George Floyd, condemning “ingrained racism” in the United States. “I am deeply saddened, truly […]