A Houston Catholic business school dean who once served as a Swiss Guard to Pope John Paul II has resigned in disgrace after allegedly lying about having several degrees.

Mario Enzler was forced to step down from his job at the University of St Thomas on Friday after the scandal broke.

The professor, who served as a Swiss Guard – the Vatican’s armed forces which protects the pontiff – and who once met Mother Teresa, said he got a doctorate from a university in his native Italy that does not offer PhDs.

Meanwhile the college he claimed he got his bachelor’s degree from was revealed to only be a high school.

A search committee into his hiring had found he actually had a PhD in music and a bachelor’s degree in classics – but he was taken on anyway and lasted two years. 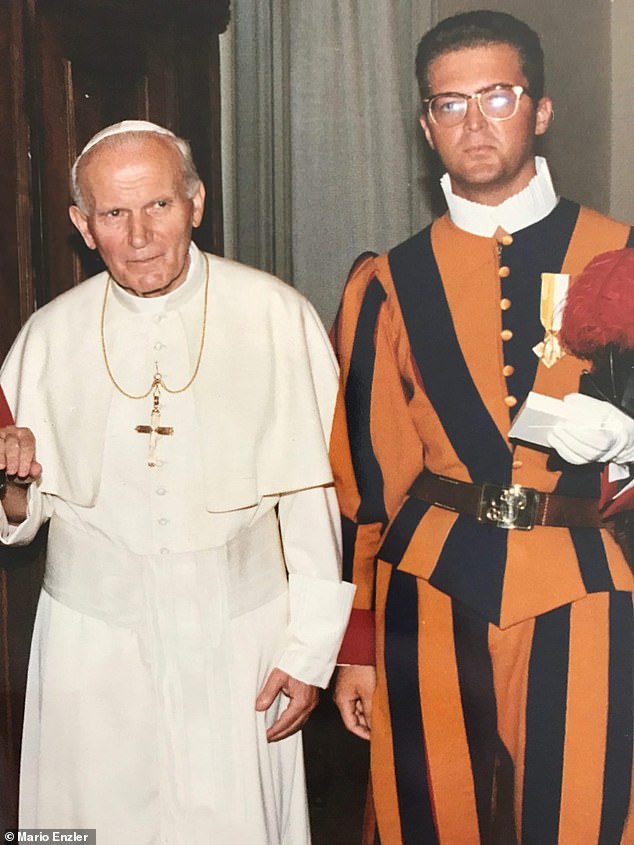 Enzler is best known for being a Swiss Guard to Pope John Paul II, which he wrote a book about 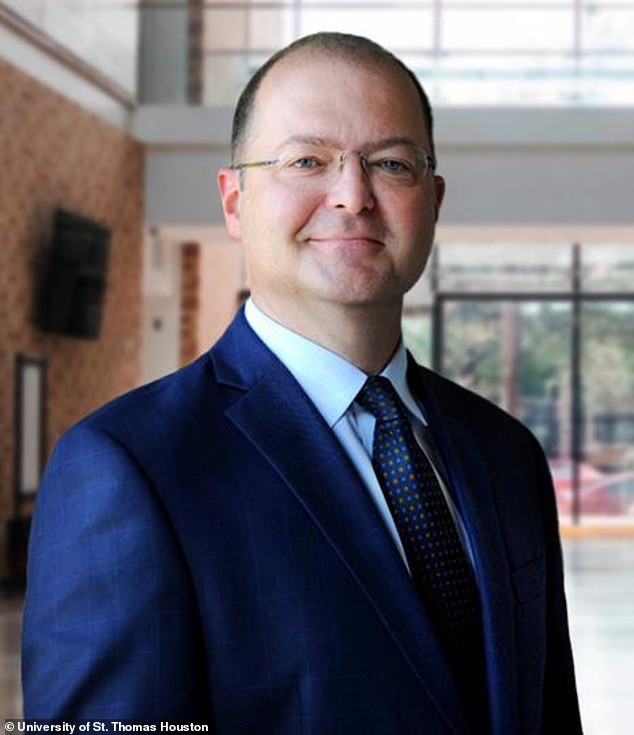 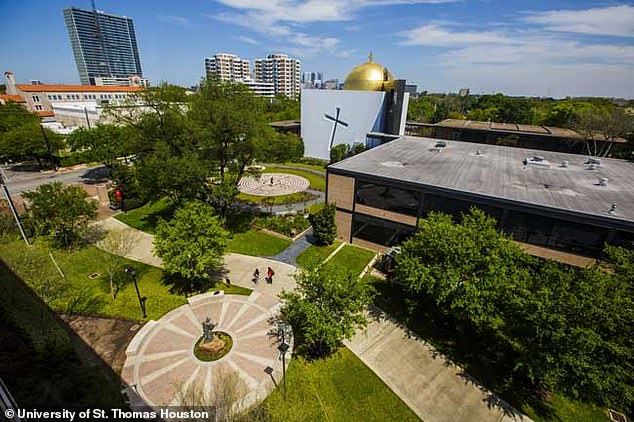 He resigned from the University of St. Thomas (pictured) in Houston after he was accused of falsifying two degrees, including saying he got a Bachelor’s degree from a high school

Enzler was allegedly rumbled by a string of professors at St Thomas who grew concerned with his teaching style and looked into his background.

They claimed he had falsified his academic credentials and exposed him in a letter to the university’s board in April.

Associate professor of accounting John Simms, who was one of those looking into Enzler, blasted the former dean this week.

He told the Houston Chronicle: ‘This vision that I and others in the university felt we could have, was smoke. It just went up in smoke.’ 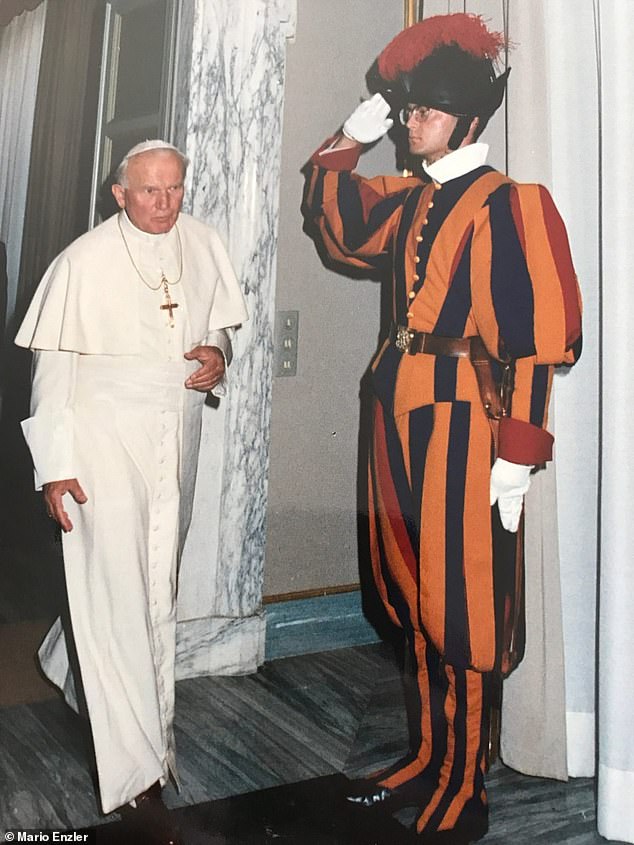 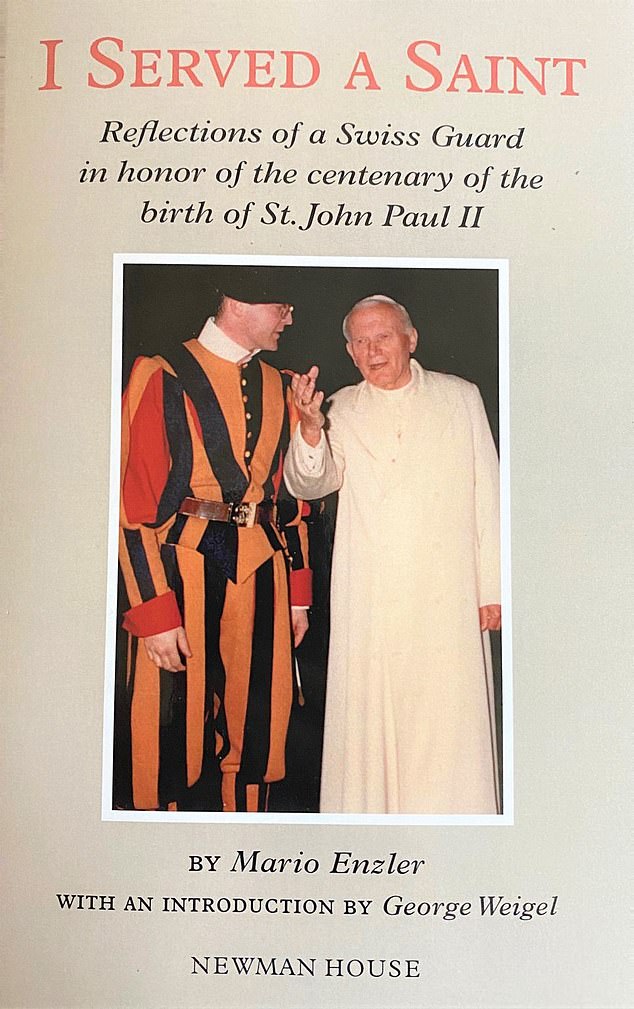 Before entering education, he worked as a banker for UBS – a Swiss banking company – for 16 years

He added: ‘I just don’t want it to happen again. Really, the guy is charlatan, he’s a fraudster and he’s a con artist.’

Enzler was made dean of the Cameron School of business at St Thomas in June 2020 despite having no business degrees.

He is best known for being a Swiss Guard to Pope John Paul II, which he wrote a book about.

Before entering education, he worked as a banker for UBS – a Swiss banking company – for 16 years.

He then became headmaster at New England Classical Academy, which he cofounded with his wife in New Hampshire.

Enzler then went on to work as a economics and business professor at the Catholic University of America.

A spokesman for St Thomas said: ‘The University of St. Thomas accepted Mario Enzler’s resignation on Friday afternoon. He is moving on to the next chapter of his life.’ DailyMail.com has reached out to Enzler for comment. 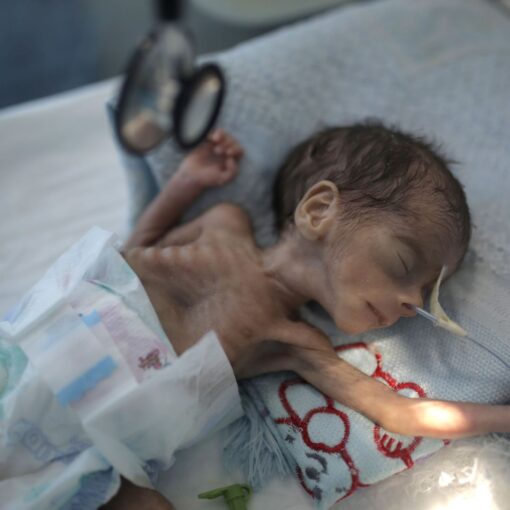 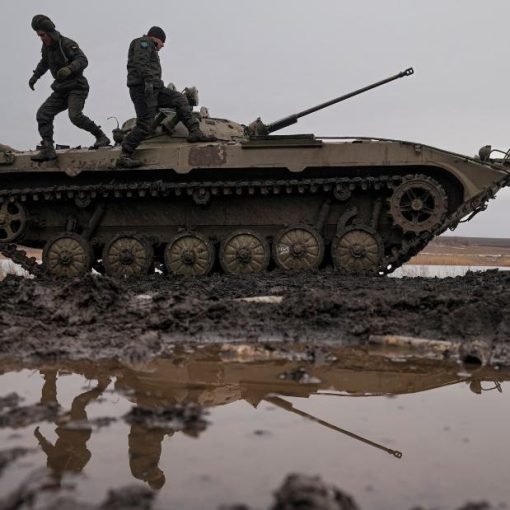 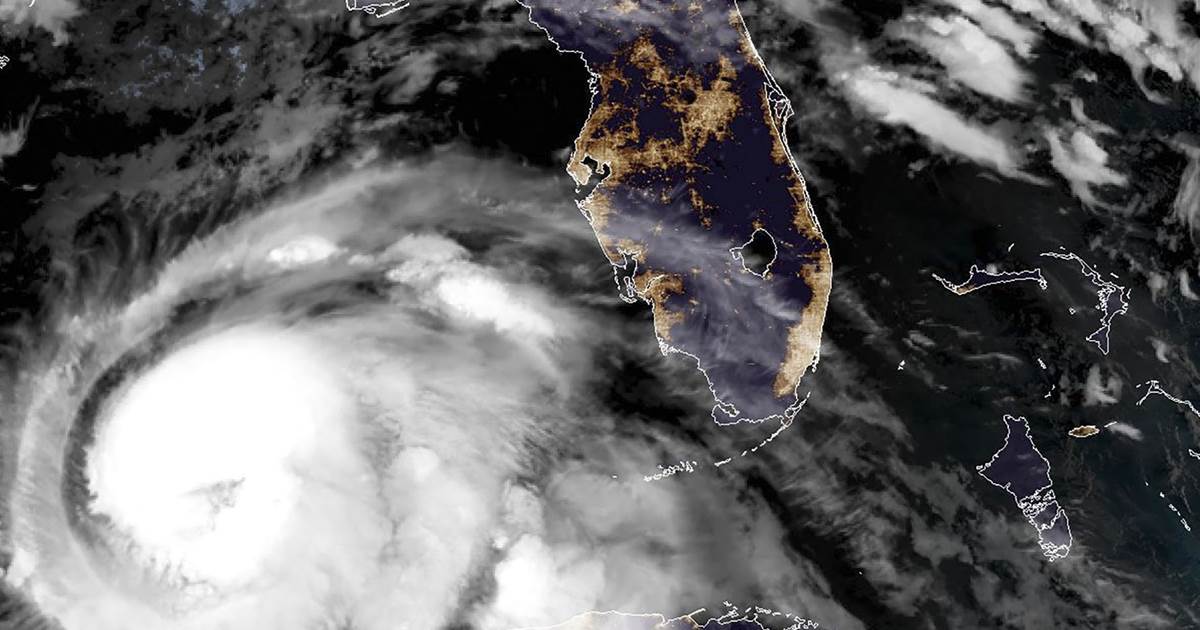 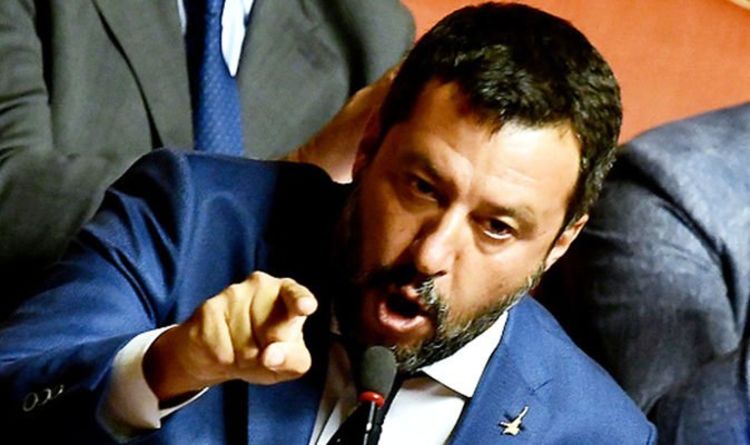