This is the incredible moment a firefighter fought off a 12-foot alligator that attacked him as he swam in a Florida lake.

Juan Carlos La Verde, 34, was filming an instructional video for a race organized by his outdoor adventure company in Lake Thonotosassa, near Tampa, when he was mauled.

Incredibly, the experienced triathlete, put his hands inside the alligator’s mouth, forced its jaws off his head and chest and swam back to the dock where he called 911 himself before being driven to hospital by a Good Samaritan bystander.

A drone pilot captured the August 3 attack and escape.

La Verde, a former U.S. Air Force Pararescueman, underwent an emergency six-hour surgery to repair damage to his skull and face, and to remove part of his skull from his brain, his family said on a GoFundMe set up to help with medical fees.

In his first interview since the mauling, which has left him without the right side of his skull, La Verde told ABC that as he took a stroke in the water ‘all I felt was scales, teeth’. He instinctively fought back. 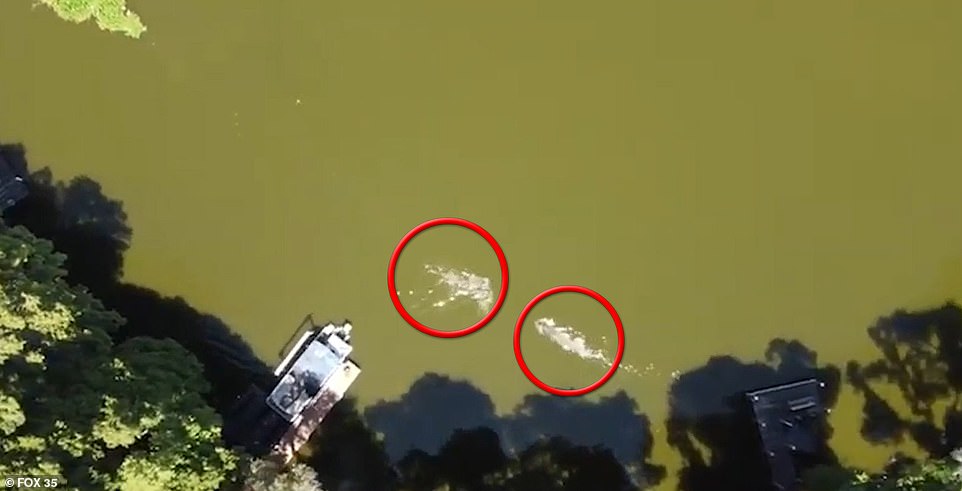 La Verde, who participates in outdoor triathlon races, was preparing for an upcoming event when he was met by the gator. A drone anticipating to film footage to promote the race caught the tragic scene 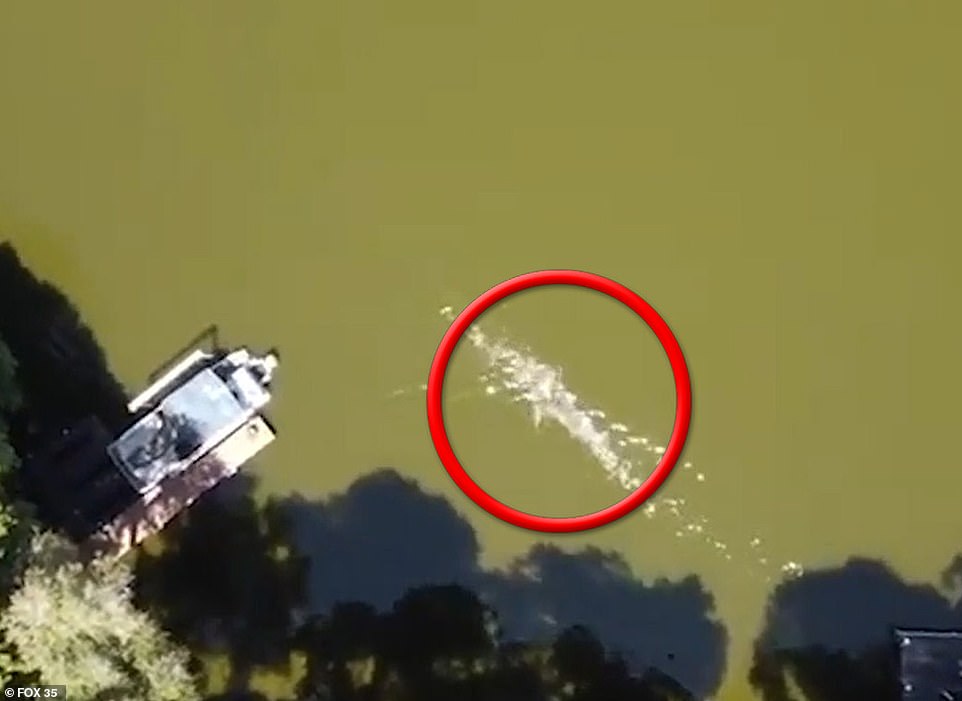 La Verde, who is a veteran of the United States Air Force Pararescue team, instantly acted when he felt scales and teeth. He was quick to open the alligators mouth wide before they both flipped and the reptile took off 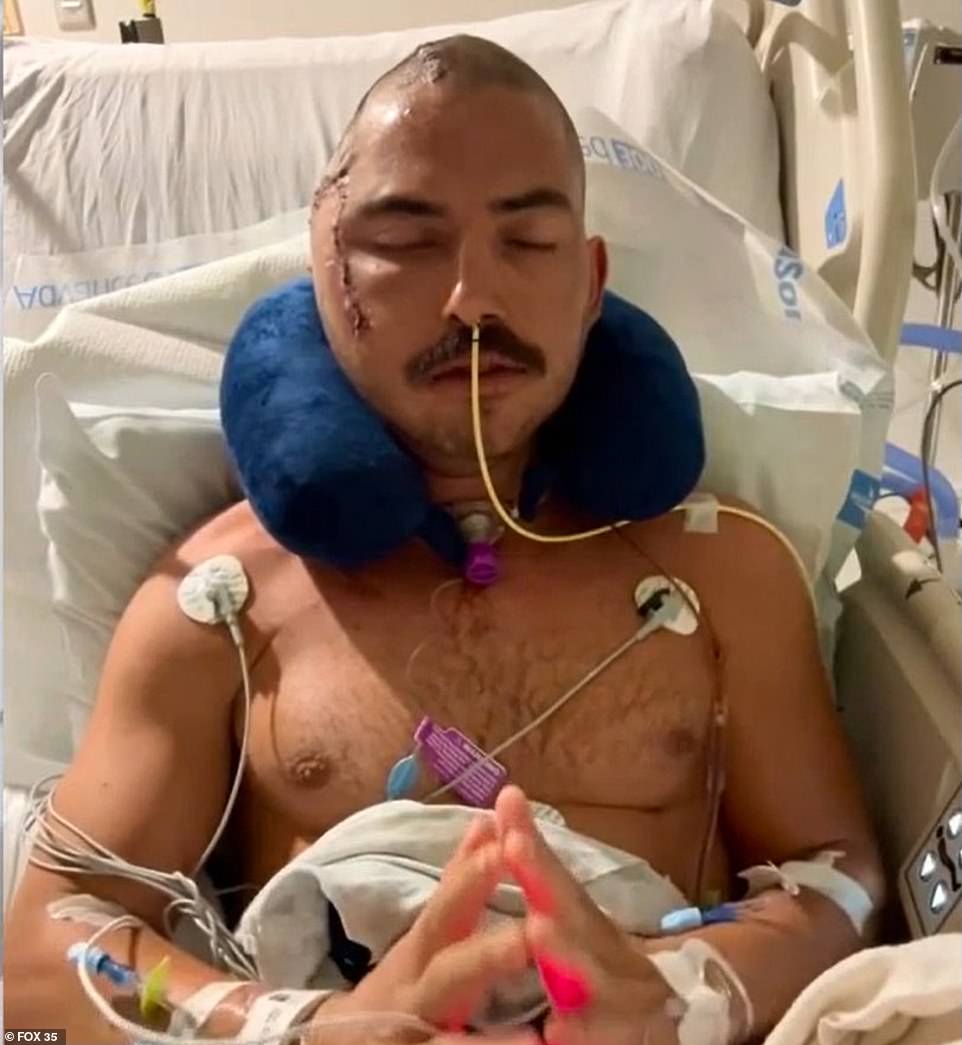 La Verde quickly swam to land where he then dialed 911. A nearby bystander helped rush the swimmer to the hospital where he immediately went under a six-hour surgery to repair damages done to his skull and face

He told the outlet: ‘What I think I did – what I felt like I did – was that I immediately tried to open its jaws. When I felt the teeth, I immediately knew then. As I opened it, I know that it either I turned it or it turned me, but it was confused just as I was confused – and then it just let go.’

The firefighter suffered injuries to his head and face – including a puncture to his brain. La Verde doesn’t have bones on the right side of his head and his jaw will remain wired almost shut for the next few weeks. He was discharged from the hospital on August 12, readmitted and discharged again a few days later, but will have to undergo another surgery in the future.

‘If you want to see this in any other way than a legit miracle, it’s silly of you,’ La Verde told ABC Action News.

The footage was captured by a drone pilot who was filming the video for an upcoming race hosted by La Verde’s company DefeatX, a company that encourages outdoor activity including biking and swimming. It also raises money for charities including cancer research. La Verde sets up and participates in multiple outdoor races, including triathlons.

‘When I woke up that day, all I could think about was promoting our adventure race. I wanted to make the video, I wanted to get the word out, I had a plan, a plan that was interrupted by 12’ of prehistoric fury,’ La Verde said in the caption of the video Defeat X posted online.

‘And I’m a little embarrassed to say this, but when that gator had me in its mouth, when it was interrupting my plan for the day, in the back of my mind I was annoyed.

‘Because it was getting in the way of what I was there to do. That’s how hard I go after the things that I believe in.’ 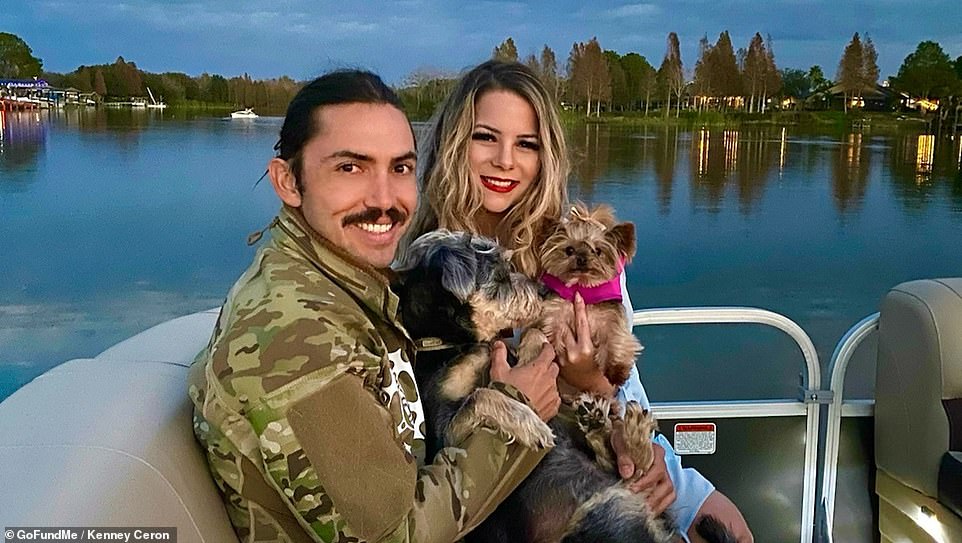 La Verde and his wife Christine pose gliding on a lake before the tragedy. Christine has posted multiple messages of support for her husband on social media 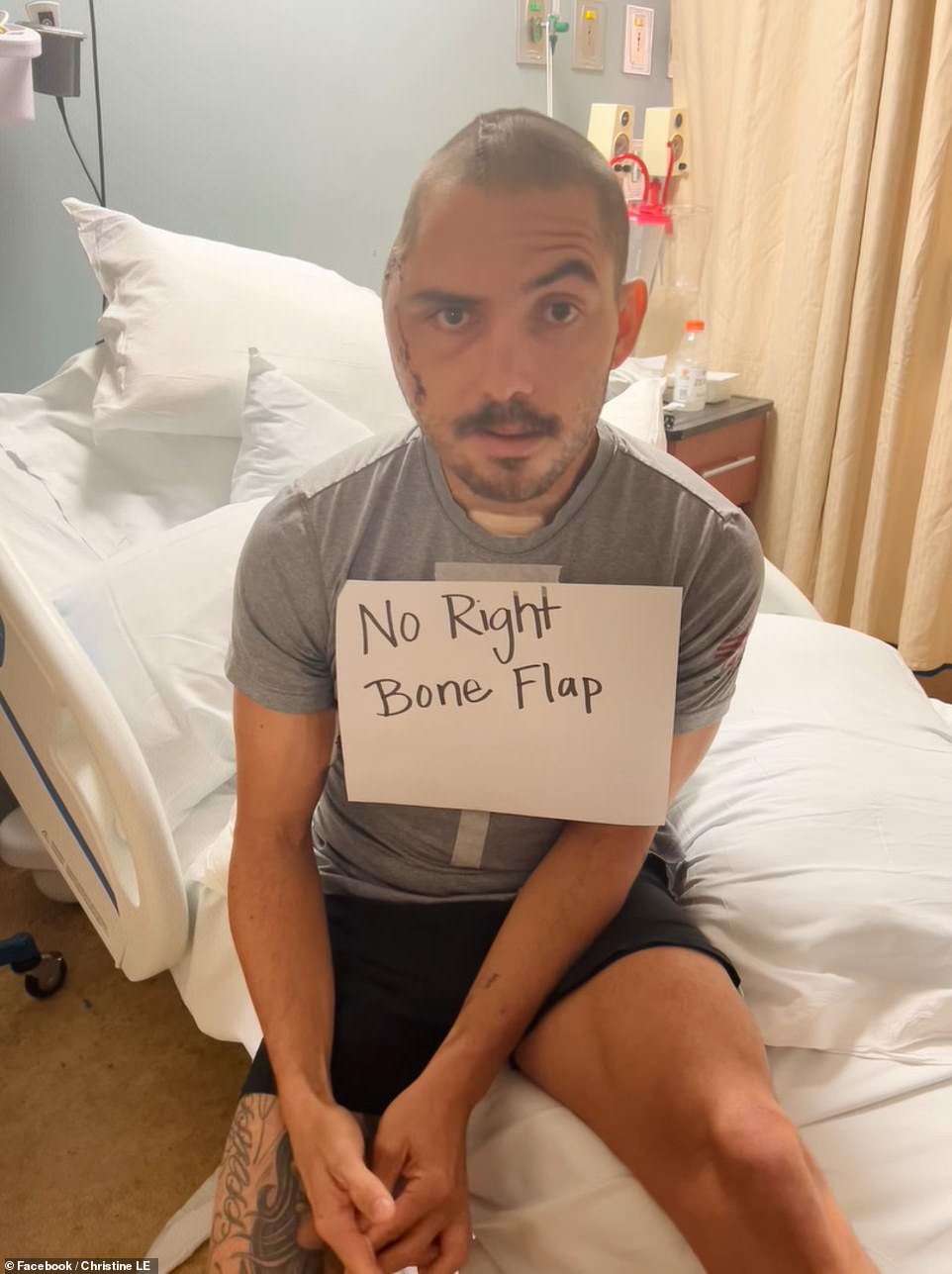 La Verde, now left without the right side of his skull after a six-hour emergency surgery, is pictured above on August 15 when he was discharged from the hospital for the second time – after initially being released on August 12. La Verde was readmitted a few days later when he hit his head and experienced a ‘syncopal episode’

The triathlete was released from the hospital on August 12 – only to be readmitted a few days later when he hit his head and experienced a ‘syncopal episode.’

‘Hi, I get to leave the hospital today, and I’m pretty excited,’ La Verde said in a video uploaded by his wife Christine.

‘I think I already made a video thanking everyone for their thoughts and prayers, so in case I didn’t because I forgot – thank you – from the bottom of my heart. I love you all.’

He continued, ‘Defeat X and be the best version of yourself at all times. Love you all. Bye.’

A GoFundMe account has been set up to help assist La Verne and his wife following the devastating attack. More than $50,000 has been raised out of a goal of $80,000. 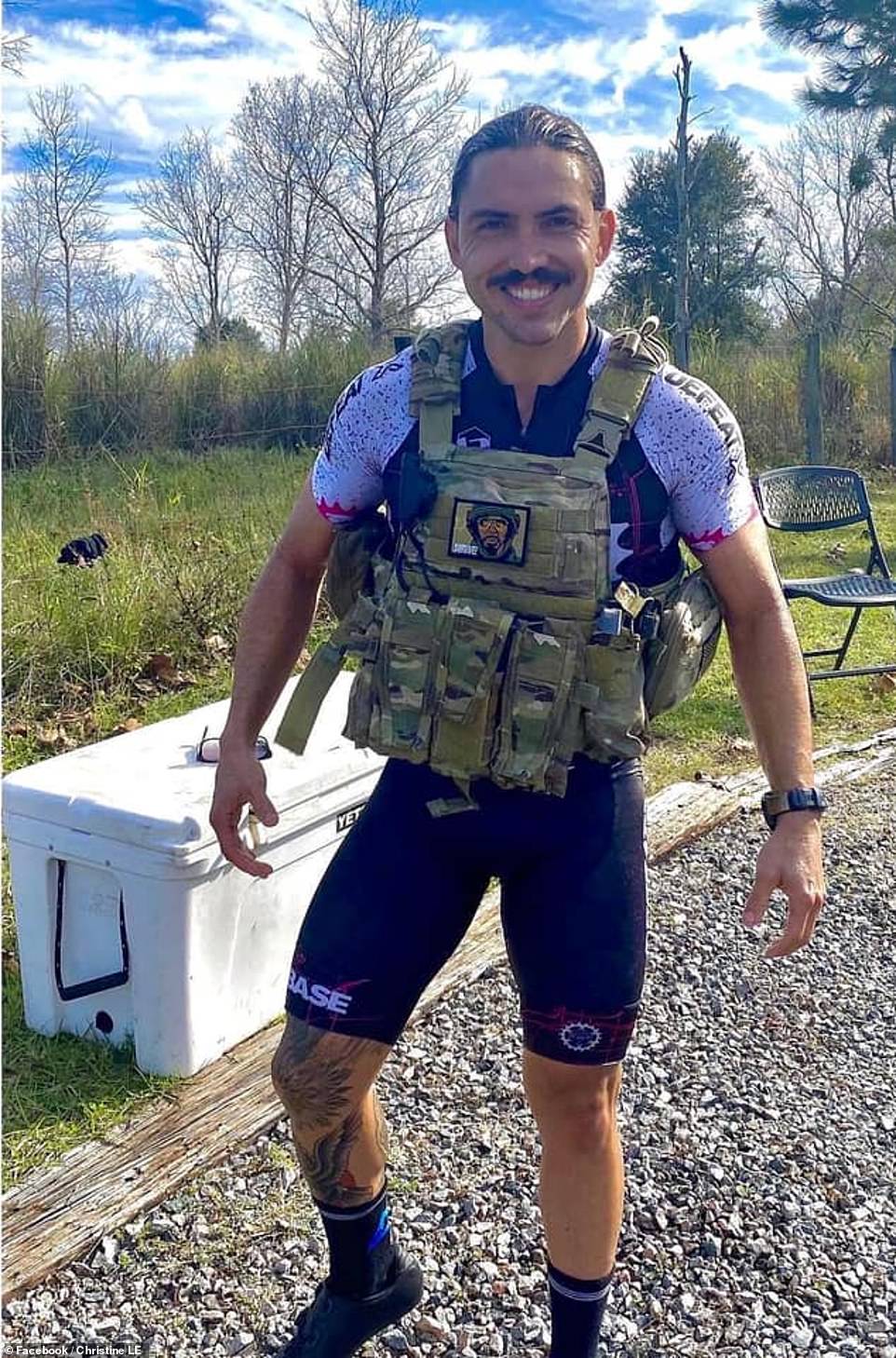 La Verde has his own outdoor adventure company, Defeat X. He was filming a promotional video for the company’s next big race when the attack occurred. His extensive background in emergency services helped him escape the deadly grip of the alligator 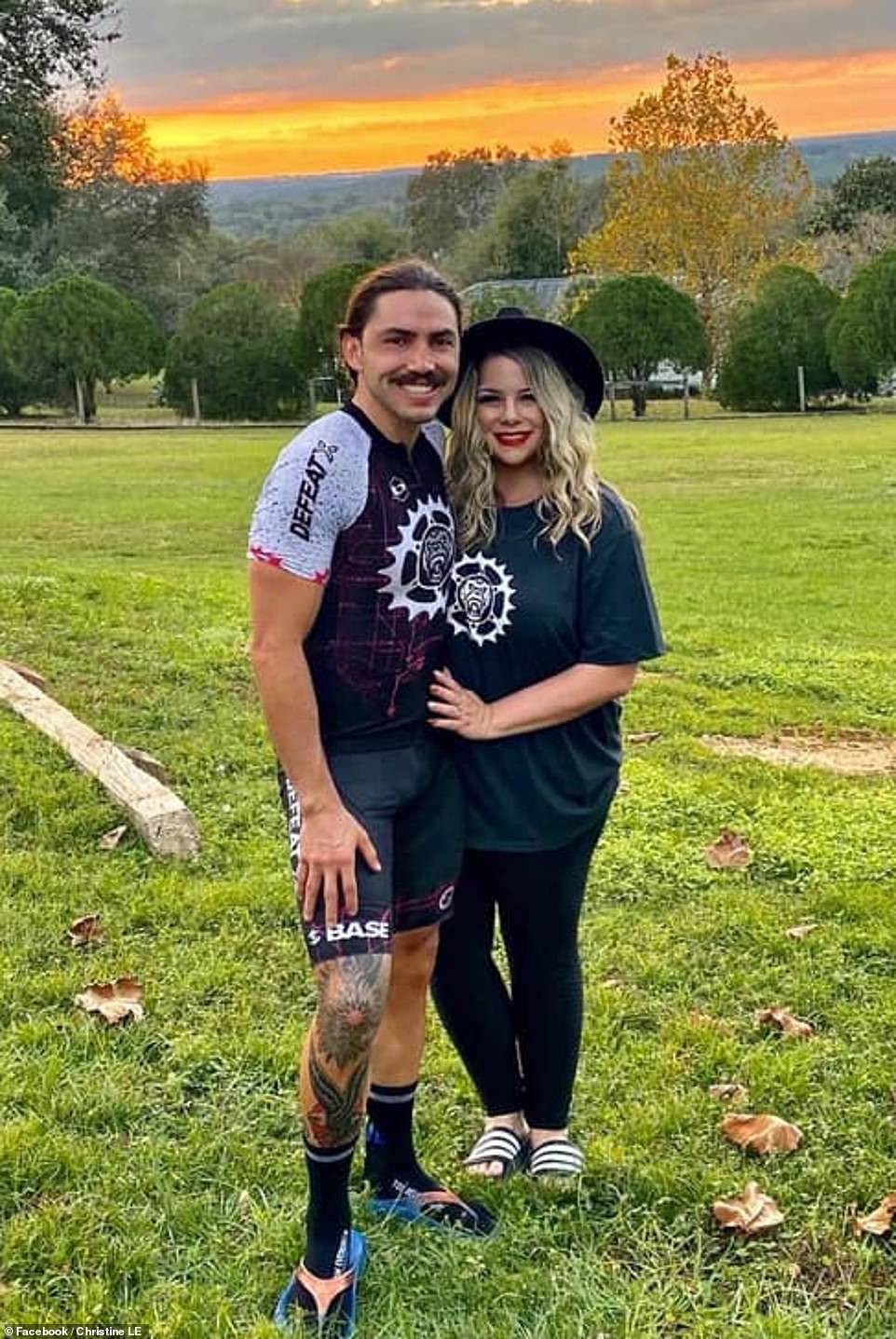 A GoFundMe has been set up to help La Verne and his wife following the tragedy. As August 18, more than $50,000 has been raised

An elderly woman in South Carolina was killed by an alligator in the gated community where she lived this month.

Nancy Becker, 88, was spotted near an alligator that looked like it was ‘standing guard’ at 11.15am on August 15 in Sun City Hilton Head, a gated adult community city just north of Savannah in South Carolina.

The death is the fourth confirmed fatal alligator attack in the United States this year and second one in South Carolina.

Authorities said that the Sun City resident had been doing a spot of gardening near the pond on Monday morning when she slipped into the water. She was unable to get out in time before the alligator struck.

The alligator, identified as a 9-foot 8-inch male, was eventually captured from the pond on Monday afternoon and killed. 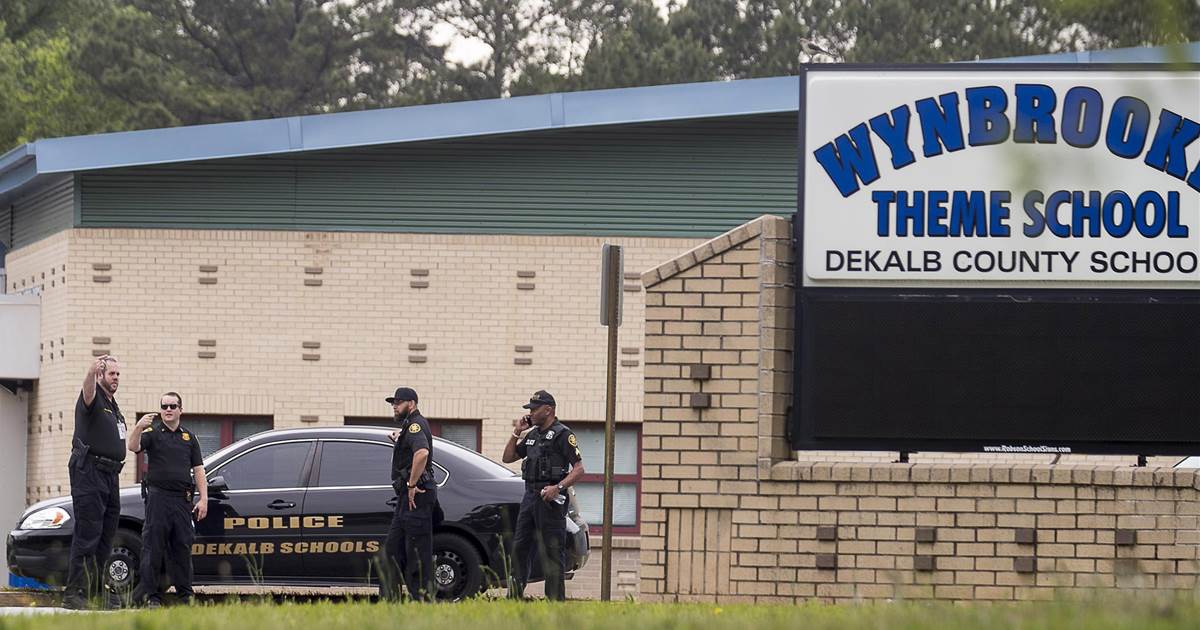 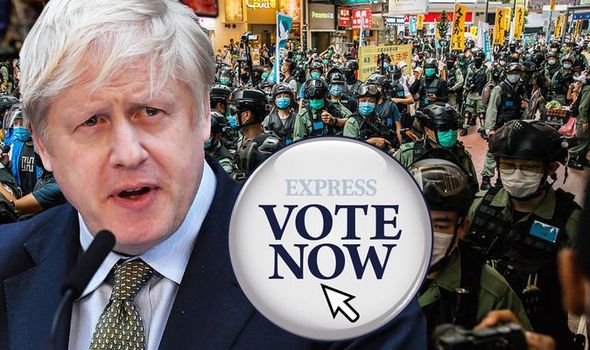 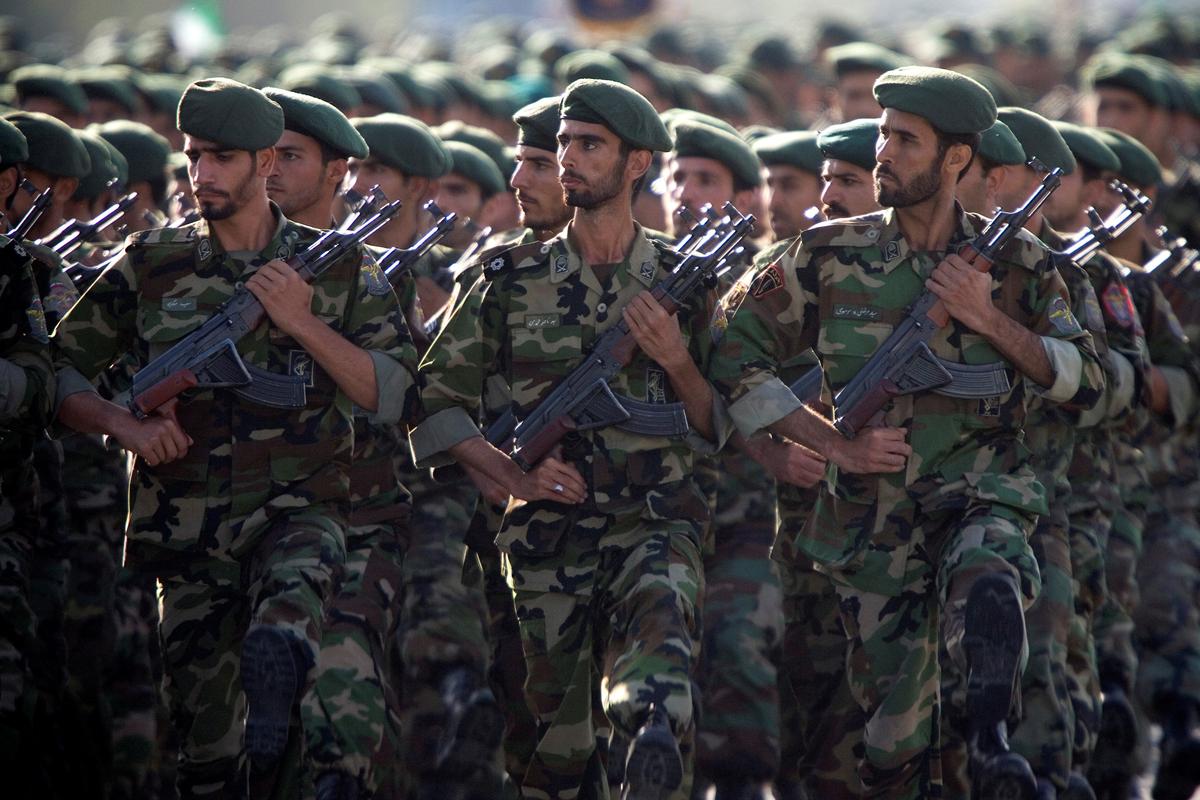 WASHINGTON (Reuters) – The United States has largely carved out exceptions so that foreign governments, firms and NGOs do not automatically face […] 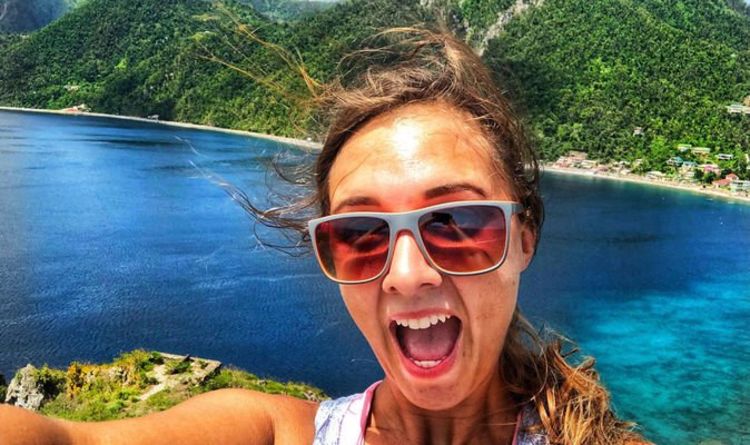 A young tourist has warned of the dangers of travelling to Dominican Republic (Image: Cora Smith) Cora Smith, 27, travelled to the […]