The monkeypox outbreak is growing in the US and other countries. The Biden administration has announced a team that will lead the national monkeypox response, and some states have declared health emergencies.

To stop monkeypox from becoming a disease that regularly circulates in the US, we need to slow and stop the outbreak.

What it means for you

Anyone can get monkeypox, but men who have sex with men are currently the people most impacted. If you have an unexplained sore or think you may have been exposed, seek medical care.

On Monday, California and Illinois declared state health emergencies over the monkeypox outbreak. New York state was the first to issue an emergency, last week. Cities with significant spread, like San Francisco and New York City, have individual emergencies declared to move more resources, including vaccines and testing, to respond to the outbreak, which has caused about 5,800 cases of the disease in the US.

The US Department of Health and Human Services said Wednesday that an additional 786,000 doses of monkeypox vaccine will soon be available to states. The CDC last week announced that the number of tests US labs could run for monkeypox grew from 6,000 to 80,000 specimens each week. The federal responses come after criticism over inadequate vaccine access, testing, and general awareness of the outbreak.

Monkeypox is a disease caused by an orthopoxvirus that belongs to the same family as the viruses that cause smallpox and cowpox. Monkeypox is endemic in West and Central Africa. Reports of it in the US have been rare but not unheard of. (There were two reported cases in 2021 and 47 cases in 2003 during an outbreak linked to pet prairie dogs.)

Monkeypox symptoms might be a little different in this outbreak compared with earlier outbreaks, and the disease appears to be spreading in “new modes of transmission, about which we understand too little,” WHO Director General Dr. Tedros Adhanom Ghebreyesus said during a July 23 press conference. The CDC has warned that some cases of monkeypox might be getting missed in testing, and that the monkeypox rash could be mistaken for other common infections, like herpes.

Because most cases of monkeypox (about 98% of those that are reported) are occurring in men who have sex with men, there’s a current link to sexual contact, and the WHO and the CDC have issued recommendations for safer sex for those who are at higher risk of getting monkeypox, including encouraging the exchange of contact information with sexual partners in case there’s an exposure. But it’s important to remember that anyone can get monkeypox, and the myth that only gay men are affected could have lasting consequences — including ignoring the potential spread of the outbreak in other populations.

“Stigma and discrimination can be as dangerous as any virus,” Tedros said.

Here’s what to know about monkeypox.

Is there a test for monkeypox? When should I get tested?

The test involves taking a swab from a lesion or sore to test for the virus that causes monkeypox. According to the CDC, if you have symptoms of the monkeypox (see the section below) or believe you were exposed to someone with monkeypox, you should visit a doctor to decide if or when you should get tested. For people who first develop flulike symptoms before lesions or sores appear, that may mean waiting for lesions or “pox” to appear.

The CDC advises reminding your health care provider that monkeypox is circulating. If you think you have monkeypox but are turned down for a test, don’t be afraid to seek a second or third opinion to get the care you need. Testing availability is expanding as the outbreak progresses, but because symptoms can vary and monkeypox was previously rare in the US, health providers may initially mistake it for other illnesses.

Symptoms of monkeypox in humans are similar to (but usually significantly milder than) those of smallpox, which the WHO declared eliminated in 1980.

A monkeypox infection can begin with flulike symptoms — including fatigue, headache, fever and swollen lymph nodes — followed by a rash, but some people will only develop the rash, according to the CDC. The monkeypox rash or individual sores can look like pimples or blisters and can be found pretty much anywhere on the body, including the hands, genitals, face, chest and inside the mouth or anus. Lesions can be flat or raised, full of clear or yellowish fluid and will eventually dry up and fall off.

You can spread monkeypox until the sores heal and a new layer of skin forms, according to the CDC. Illness typically lasts for two to four weeks. The incubation period ranges from five to 21 days, according to the CDC, which means people will most likely develop symptoms within three weeks of being exposed.

Monkeypox doesn’t have the same ability to infect people that the virus that causes COVID-19 has, says Dr. Amesh Adalja, an infectious-disease expert and senior scholar at the Johns Hopkins Center for Health Security. Monkeypox is generally understood to not be contagious during the incubation period (the time between being exposed and symptoms appearing), so it “doesn’t have that ability to spread the way certain viruses like flu or SARS-CoV-2 can,” Adalja said, referring to the coronavirus.

How do you catch monkeypox?

Monkeypox spreads between people primarily through contact with infectious sores, scabs or bodily fluids, according to the CDC, but it can also spread through prolonged face-to-face contact via respiratory droplets or by touching contaminated clothing or bedding. (Think the close contact you’d have with a sexual partner, the contact you have with strangers dancing at a club, or the contact you have with a household member whom you kiss, hug or share towels with.) Research is underway on whether (or how well) monkeypox can be spread through semen or vaginal fluid.

At least two cases have been detected in children, Walensky told The Washington Post, adding that both are doing well. The investigation into the children’s cases is ongoing, but they’re likely linked to household transmission, the Post reported.

The “close” in close contact is a key element in the transmission of monkeypox. That, along with the fact that the virus that causes monkeypox appears to have a slower reproduction rate than the COVID-19 virus, sets it apart from the ongoing COVID-19 pandemic, Dr. Tom Inglesby, director of the Center for Health Security at the Johns Hopkins Bloomberg School of Public Health, said in June at a media briefing.

The majority of the cases in the US recently have been in men who have sex with men, the CDC says. Gay and bisexual communities tend to have particularly “high awareness and rapid health-seeking behavior when it comes to their and their communities’ sexual health,” Dr. Hans Henri P. Kluge, the WHO’s regional director for Europe, said in a statement at the end of May, noting that those who sought early health care services should be applauded.

To help slow the spread of the disease, Tedros, the WHO director-general, on Wednesday said men who have sex with men should consider temporarily reducing the number of sexual partners they have, or making sure they get the contact information of all sexual partners, in case of an exposure.

How severe is monkeypox? Is there treatment?

There are two clades or types of monkeypox virus, according to the WHO: the West African clade and the Congo Basin clade. The West African strain, which has been identified in the recent cases, has had a fatality rate of less than 1% in the past. The Congo Basin or Central African clade has a higher mortality rate of up to 10%, according to the WHO.

Though the circulating strain of monkeypox is rarely fatal, according to the CDC, it can be very painful and may result in some scarring. Pregnant people, younger children, people with weakened immune systems and those with a history of eczema may be more likely to get seriously ill, per the agency.

Five deaths have been linked to the current outbreak spreading to nonendemic countries, according to the WHO. No deaths have been reported in the US. About 10% of people with monkeypox have been admitted to the hospital to manage their pain, Tedros said Wednesday.

An antiviral called tecovirimat (TPOXX) can be used in people who are at risk of getting severely sick from monkeypox, according to the CDC. This treatment isn’t approved specifically for monkeypox (it’s meant for treating smallpox) and access to it has been restricted with paperwork and strict ordering instructions. However, the CDC recently loosened restrictions around the drug.

Is there a vaccine for monkeypox?

Yes. The US Food and Drug Administration has approved Jynneos to prevent smallpox and monkeypox. Because monkeypox is so closely related to smallpox, vaccines for smallpox are also effective against monkeypox. In addition to Jynneos, the US has another smallpox vaccine in its stockpile, called ACAM2000. Because ACAM2000 is an older generation of vaccine with harsher side effects, it’s not recommended for everyone, including people who are pregnant or immunocompromised.

Jynneos is what’s being shipped out to states, though they can also request ACAM2000, because supply of Jynneos — a two-dose vaccine with each dose given four weeks apart — is relatively low. Individual health departments will determine eligibility for the vaccine, but they’re meant for people who have close contact with someone with monkeypox or people who are at a higher risk of getting exposed.

Vaccinating people who’ve been exposed to monkeypox is what Adalja calls “ring vaccination,” where health officials isolate the infected person and vaccinate their close contacts to stop the spread. But vaccinating people with a confirmed exposure, in addition to people at risk of being exposed in the near future, may be crucial to getting control of the outbreak, according to the White House’s chief medical advisor, Dr. Anthony Fauci.

“It’s very clear with the spread of this that there now has to be a balance between vaccines available for those who clearly have been exposed, as well as those at risk,” Fauci told CNN on Tuesday.

“What you want to do is a balance between vaccinating those who clearly have had an exposure, but go well beyond that,” Fauci added.

Dr. Daniel Pastula, chief of neuroinfectious diseases and associate professor of neurology, medicine and epidemiology at the University of Colorado Anschutz Medical Campus, said the vaccine is used in people who’ve been exposed but aren’t yet showing symptoms of monkeypox, because the incubation period for the disease is so long.

Though health care and lab professionals who work directly with monkeypox are recommended to receive smallpox vaccines (and even boosters), the original smallpox vaccines aren’t available to the general public and haven’t been widely administered in the US since the early 1970s. Because of this, any spillover or “cross-protective” immunity from smallpox vaccines would be limited to older people, the WHO said. According to the WHO, vaccination against smallpox was shown to be about 85% effective at preventing monkeypox.

Read more about what we know about the monkeypox vaccine.

Monkeypox Explained: What You Need to Know

This year, Apple celebrate’s the iPhone’s 10th anniversary. With that, the company is expected to host the most anticipated iPhone launch event […] 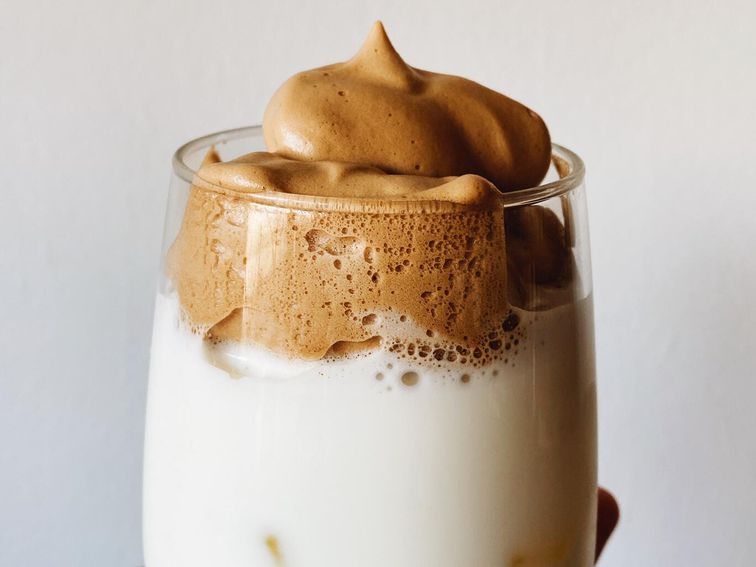 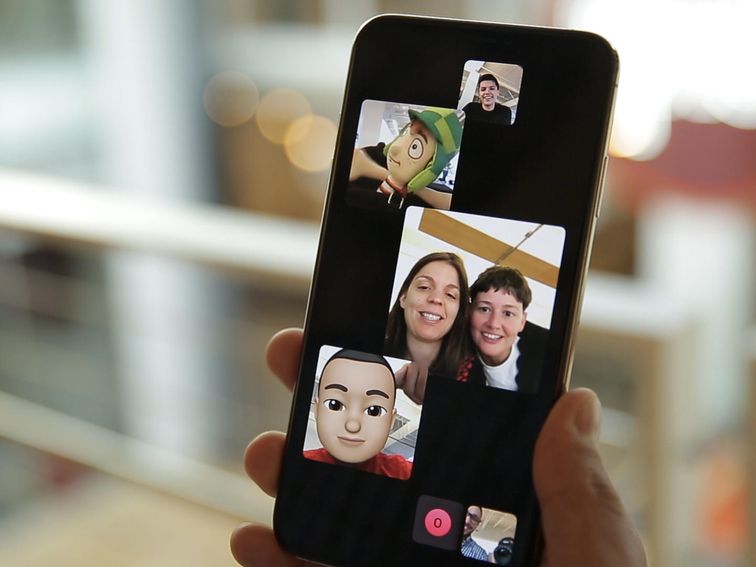 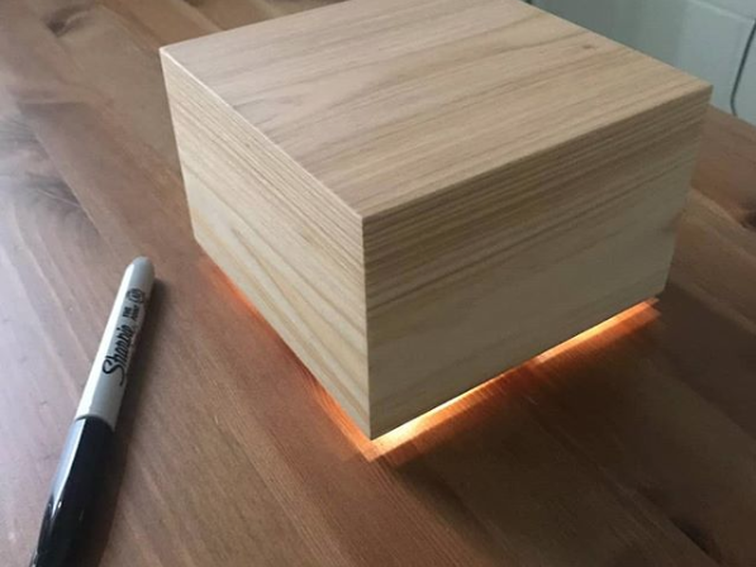 There’s a little box that sits atop Priscilla Chan’s bedside table. Between 6 a.m.-7 a.m. each morning, it emits a soft glow, […]