Lopez, 53, and Affleck, 49, were wed by Pastor Ryan Wolfe with a witness named Kenosha Booth present, the document revealed.

The document also lists the full names of the stars – Jennifer Lynn Lopez and Benjamin Geza Affleck – and indicates Lopez is seeking to take her spouse’s last name, with her legal name as Jennifer Affleck moving forward. 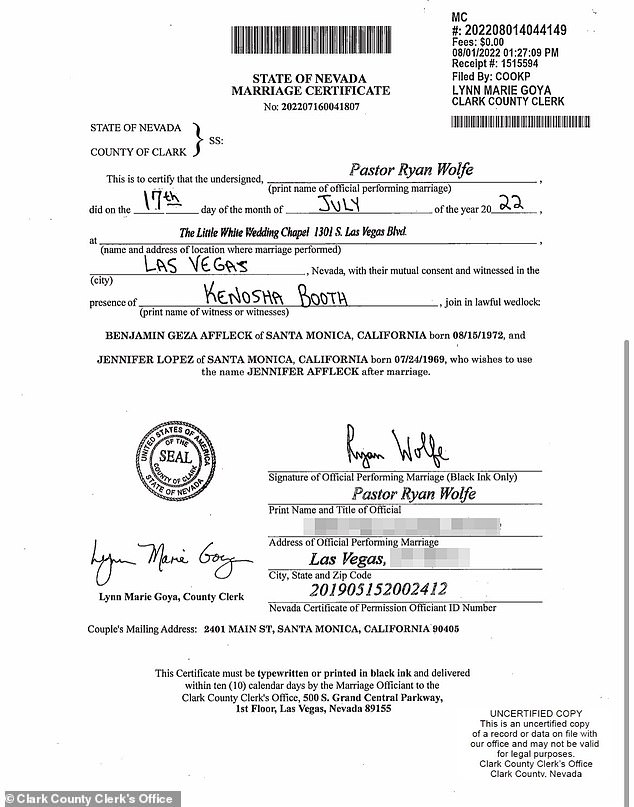 A marriage certificate for Ben Affleck, 49, and Jennifer Lopez, 53, has been released following the A-list couple’s July 17 at the Little White Wedding Chapel in Las Vegas

Both of the stars listed Santa Monica, California as their place of residences.

Lopez revealed the news in her fan newsletter On the J Lo, as she said, ‘We did it’ following the nuptials.

The singer–actress said that she and the actor traveled to Las Vegas and stood in a line to get a wedding license with four other couples. 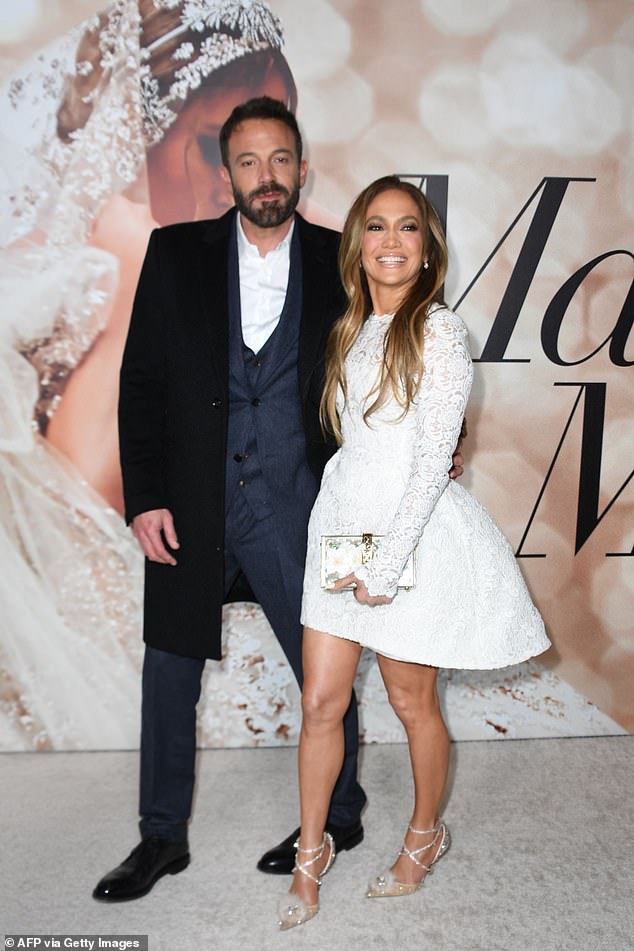 Lovebirds: The A-list couple was snapped at a February screening of Marry Me in LA

She said: ‘Stick around long enough and maybe you’ll find the best moment of your life in a drive through in Las Vegas at 12:30 in the morning in the tunnel of love drive through with your kids and the one you’ll spend forever with.’

The couple began dating in the early 2000s and got engaged at the time before splitting. The pair had appeared in films with one another including Gigli in 2003 and Jersey Girl in 2004. 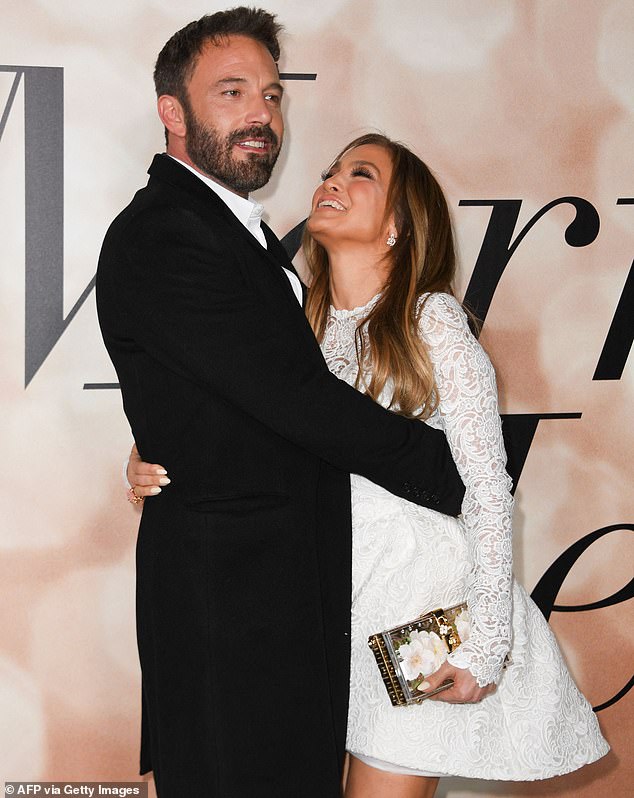 Details: The duo was wed by Pastor Ryan Wolfe with a witness named Kenosha Booth present, the document revealed; seen in February

Following their wedding last month, Affleck and Lopez enjoyed a Parisian vacation, with an insider telling People that they were ‘like two teens’ and ‘very loving [and] very attentive’ with one another as they stopped at landmarks such as the Musée d’Orsay and the Louvre. 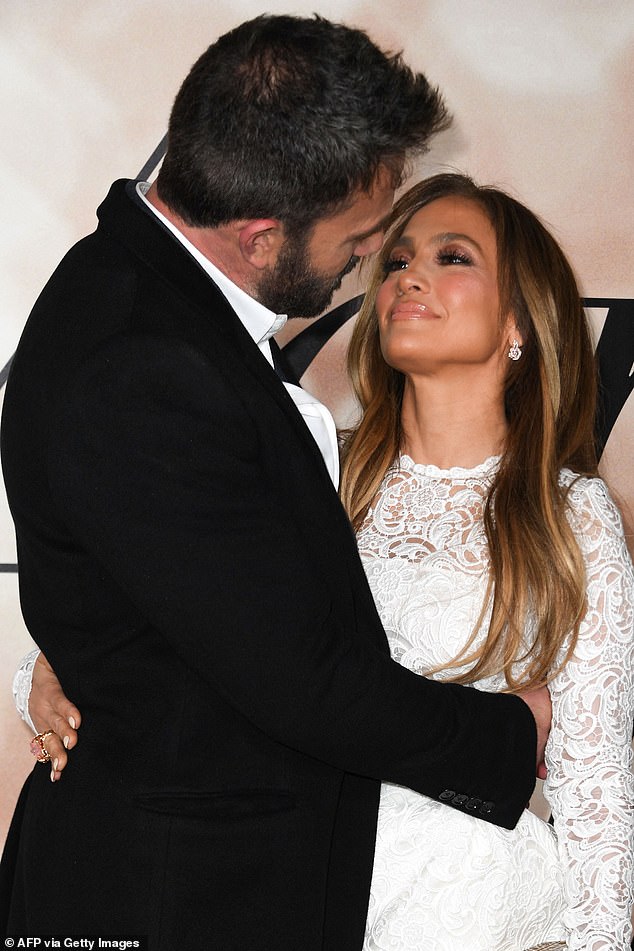 Changes: The document indicates Lopez is seeking to take her spouse’s last name, with her legal name as Jennifer Affleck moving forward; seen in February 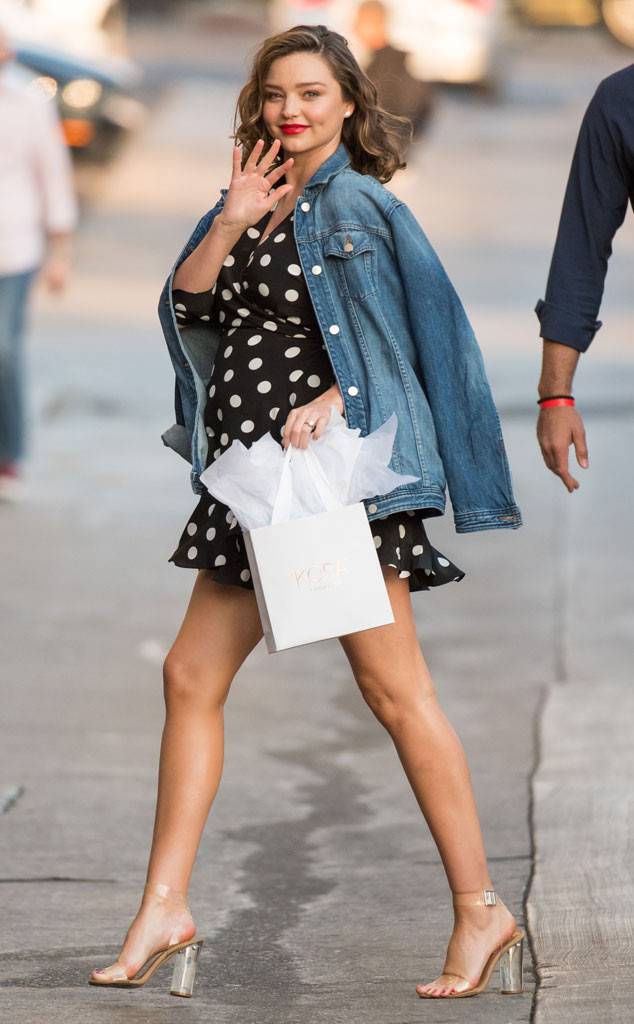 RB/Bauer-Griffin/GC Images Miranda Kerr has traded in the runway for runny noses, and she sure doesn’t mind. The former Victoria’s Secret Angel opened […] 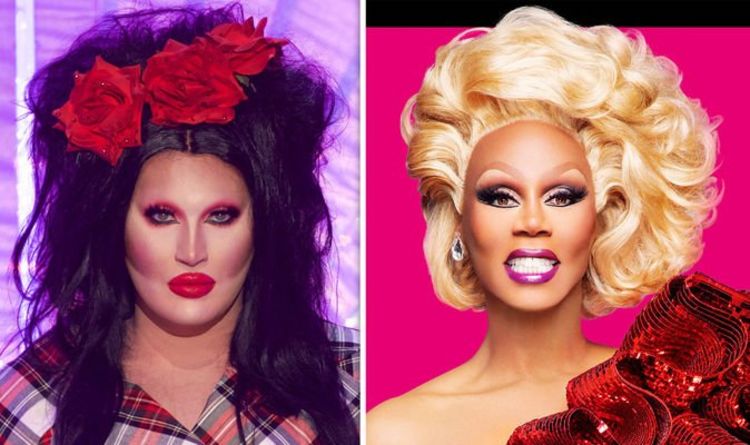 RuPaul’s Drag Race is now airing weekly on BBC Three in an attempt to find the UK’s best drag queen. The show […] 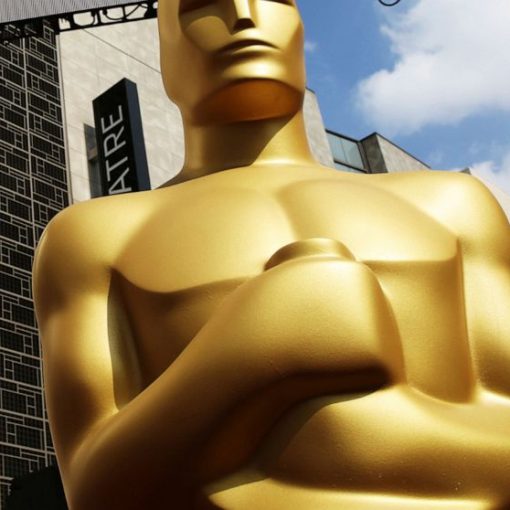 When nominations for the 94th Academy Awards are announced on Tuesday, there will be a major change from the past decade By […] 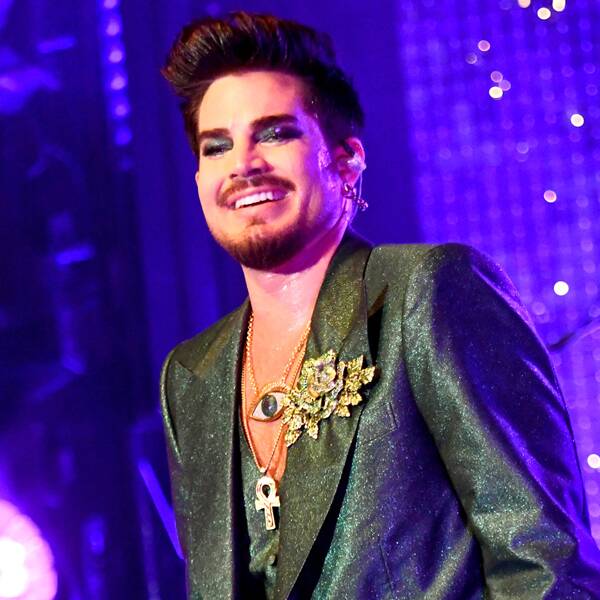 Scott Dudelson/Getty Images This isn’t exactly how Adam Lambert wanted to be sharing his new album with the world. With a release […]