Manly’s special rainbow jumper, which provoked an all-out cultural war at the club and ignited a firestorm of criticism that even reached international news outlets, led to seven players stepping down from the side’s crucial game against the Roosters.

There was to be no miracle victory, with a severely-depleted side unable to contain a red-hot Roosters side, who won a messy game 20-10.

Manly play the Eels, Titans, Sharks, Raiders and Bulldogs leading into finals, and now sit tenth – and they are already without 2021 Dally M Medallist Tom Trbojevic for the season. 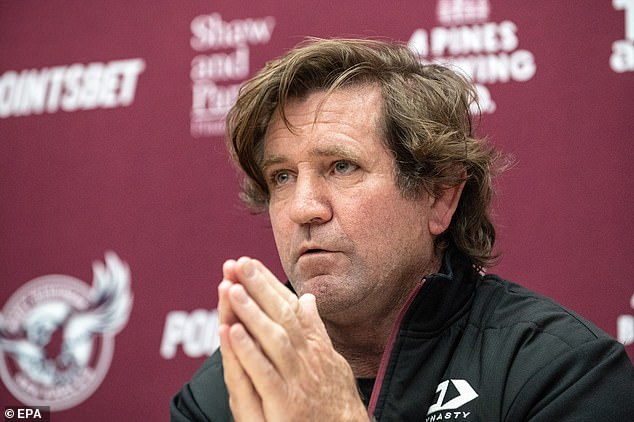 Reports in both the Daily Telegraph and Sydney Morning Herald have since emerged that Hasler needs to finish in the top eight this season in order to trigger a new contract.

If Manly do indeed miss finals, as many are now predicting, he can be sacked at the end of next season – leaving yet another unwanted distraction hovering over the club.

Hasler and his agent George Mimis had been attempting to re-negotiate his contract with former CEO Stephen Humphreys, but he left the club abruptly after corporate governance and personal finance issues emerged. 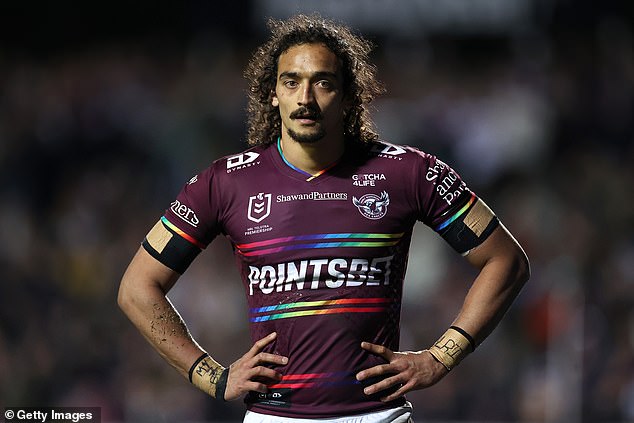 New CEO Tony Mestrov officially starts at the club this Monday, but his plate will be VERY full given the current state of affairs behind-the-scenes, and uniting the club across all facets will be his immediate priority

Hasler, who is perhaps the only person at Manly to come out of the saga with their reputation increased after his sterling performance at the media conference, admitted there was friction amongst the playing group.

‘We’ve got a bit of work to do,’ he said after Thursday night’s game, before revealing the week was ’emotional on different aspects.’

‘I’m just being honest … but as long as we are all sympathetic to each other’s cause, we’ll get there.’ 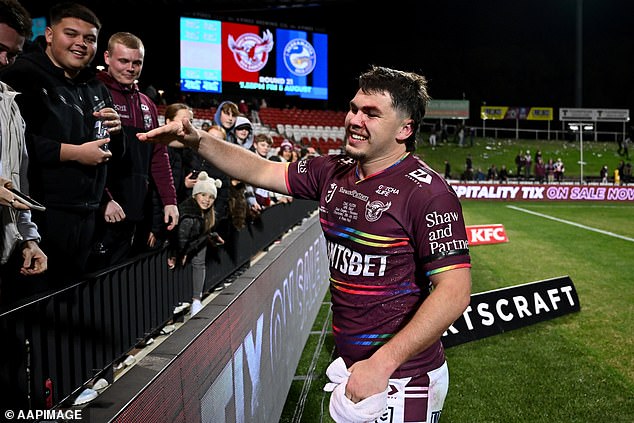 After a tough loss, the debut of Zac Fulton, grandson of club legend ‘Bozo’ Fulton, was at least one positive for the club

Even without seven of their top-line players, Manly were certainly far more competitive than expected – and there’s no doubt they could have beat the Roosters with a full squad and the benefit of a home crowd.

They may now need to win all of their remaining games to win finals, and in turn secure Hasler another contract.

It’s left a division in the playing ranks, with many players furious at the seven boycotters for essentially throwing the match; and said boycotters angry at the club for being forced to wear the jersey. 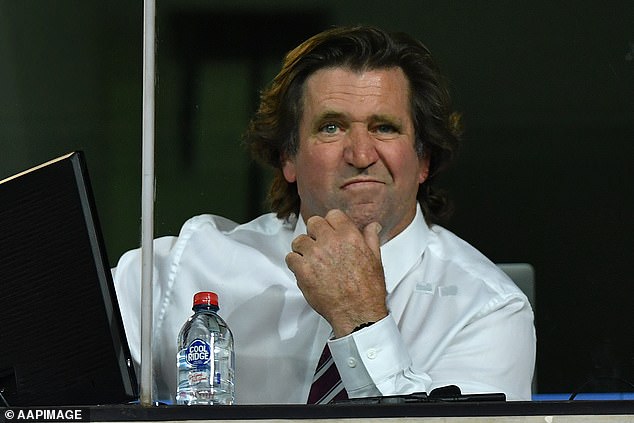 It has been a tough season for Des Hasler with injuries to key players, rollercoaster form lines and the pride jersey fiasco

Cold water has been poured over the notion they would be happy to wear it in 2023.

‘I can speak on behalf of all the players, the seven, plus another player who was asked to replace the players – the view of the group is united, the players will not be taking part in a pride exercise,’ a representative of the boycotters told Fairfax.

‘The players will not be told what to believe. Or wear something that is in contrast to their beliefs. Whatever religion or culture is important to people, the players have no issue with that.’

Many, particularly in the LGBTQI+ community, would take issue with those remarks, however.

Sexual orientation is not a choice, which is why many have taken issue with the hypocritical stands of the players. 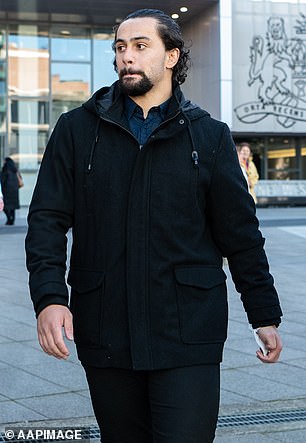 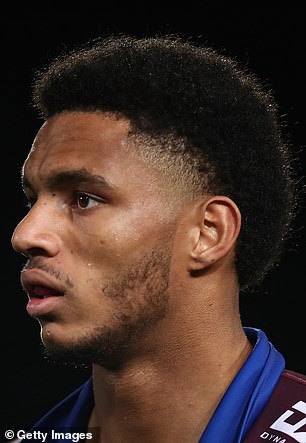 Josh Aloiai (left) and Jason Saab (right), alongside five other players, missed Manly’s loss to the Roosters after refusing to wear the pride jersey

That didn’t seem to matter to prop Josh Aloiai, one of the seven, who was the first of the player to break their silence on the matter.

‘No amount of public scrutiny or internal pressure will cause us to fold our stance, you can’t backflip on beliefs or turn them on and off,’ he wrote on social media.

His ‘internal pressure’ remark is telling.

How Aloiai and the six other boycotters integrate back into the side ahead of yet an crucial clash, this time against the Eels on Friday, may go a long way to whether Des Hasler continues to coach the club. 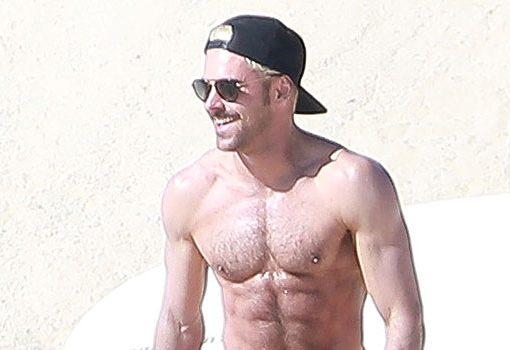 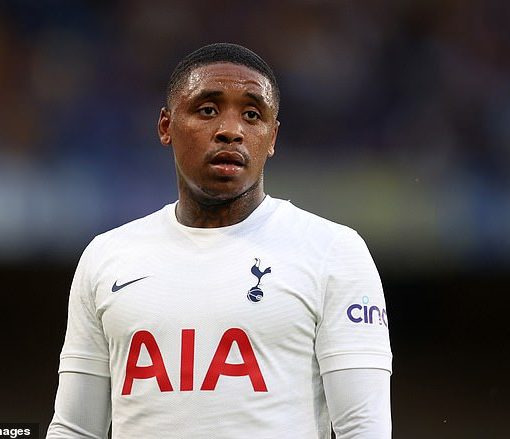 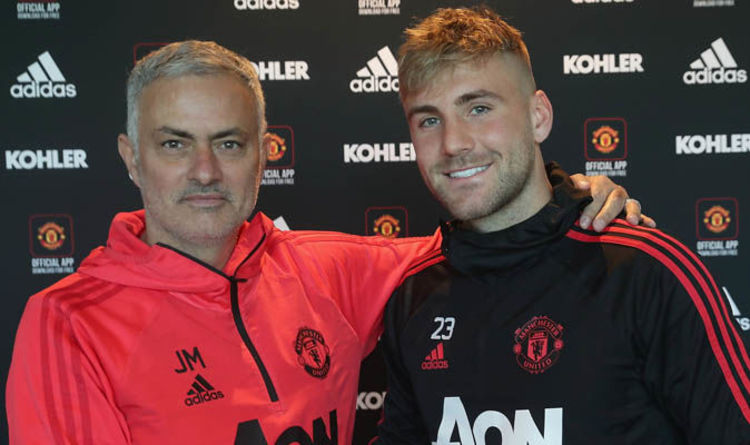 Manchester United thought Shaw was the answer to a Patrice Evra-sized problem. Signed in 2014 for £27m, club chiefs instantly believed he […] 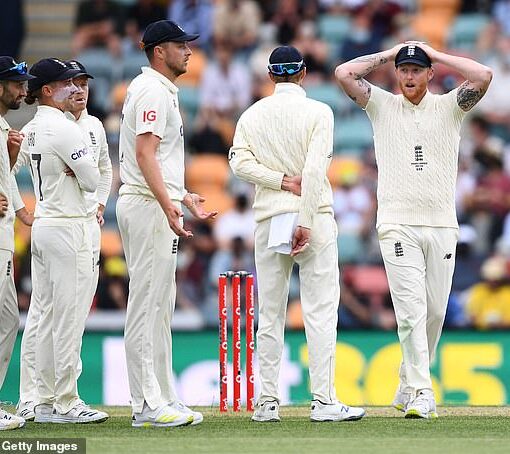 PAUL NEWMAN: No one begrudges England players a drink at the end of a long, difficult Ashes tour… but could they not […]