153km to go: In the polka-dot jersey, Simon Geschke leads the chase to hunt down Bonnampour to try and be first over the climb but is narrowly beaten by a determined Quinn Simpson, who pedals for all he’s worth despite not being in the hunt for the King of the Mountains jersey.

154km to go: Caruso is reeled in and B&B Hotels-KTM rider Franck Bonnampour, the winner of last year’s combativity award, launches an attack on the Cat 3 Côte de Châtaignier.

155km to go: Spare a thought for Caleb Ewan, who is soldiering on despite being almost 10 minutes and eight kilometres down on the stage leaders.

159km to go: Following the withdrawal of Romain Bardet, who tested positive for Covid and didn’t start yesterday’s stage, his compatriot Victor Lafay abandoned during stage 13, leaving 157 of the original 176 starters to sign on for today’s stage.

162km to go: The peloton is seriously strung out and Bahrain Victorious rider Damiano Caruso launches an escape bid and opens a gap of a few seconds.

163km to go: The attacks are coming thick and fast at the front of the main bunch, while the Roglic group of 35 riders toils almost two minutes behind. Cycling alone, Caleb Ewan is now almost seven minutes behind and surely enduring the mother of all existential crises.

169km to go: The bunch is travelling at a ferocious lick, which is bad news for Caleb Ewan. Nursing an injured knee, he’s now 5min 26sec behind. “I felt really good today actually,” he said foillowing yesterday’s staghe. “That’s why we started to commit our guys to controlling the breakaway and they were doing a really good job. They never got too far ahead, but yeah, I don’t know what happened in the corner.

“My knee is really sore and my shoulder is pretty sore. I broke my collarbone last year, so hopefully that’s alright. Once I went down I didn’t feel so good anymore, and after a big chase to get back on before the final climb, I had nothing left really.”

175km to go: We join today’s stage 17 kilometres in and there are already several talking points after a fast and slightly chaotic start. Following his crash yesterday, Caleb Ewan has already been dropped and is already nearly five minutes off the pace. One suspects the Autralian sprinter is not long for this year’s Tour.

Primoz Roglic has been dropped from the main group and isin a group 1min 40sec behind the main bunch. Nils Powless and Juul Jensen launched a break but have been reeled in following an attack by Tadaj Pogacar.

Today’s weather: The mercury is expected to hit 40 degrees celsius on today’s stage to Mende, with extra measures being taken to help riders cope with the searing heat on this long, extremely testing stage.

Following his second place finish in yesterday’s stage, Fred Wright said it was easier being in the seven-man breakaway as there was an endless supply of cold water and ice available for he and his fellow escapees to help keep themselves cool.

The sight of cyclists stuffing ice socks down the back of their jerseys has been a common one and in the wake of warnings from the French met office that a heat wave is expected in the south-west until Tuesday, race organisers and local fire services will be pulling out all the stops to help keep the riders and the melting roads on which they are travelling as cool as possible with tens of thousands of gallons of water.

Danish sprinter Mads Pedersen, of Trek-Segafredo, took victory in the 13th stage from Le Bourg d’Oisans to Saint-Étienne, after a high-powered seven-rider breakaway dissolved on the rolling roads west of the Rhône. Jeremy Whittle reports from Saint-Étienne.

Another day for the breakaway specialists, writes WIlliam Fotheringham in his stage-by-stage guide, with a monstrously steep uphill finish on the airfield at Mende, where the Briton Steve Cummings won in 2015. The same large group of riders as the day before will try to make the winning move; the winner will be a strong climber such as Adam Yates. 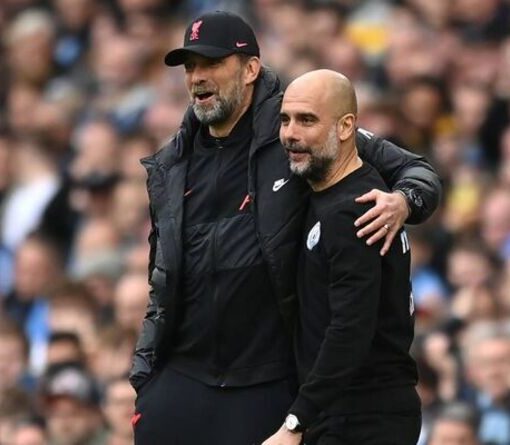 Oleksandr Zinchenko Kyle Walker limped off in City’s 0-0 draw against Atletico Madrid on Wednesday, and he is now a major doubt […]

After a 90 minute delay due to a technical glitch, the Carabao Cup announced that the draw had been pre-recorded. And in […]

LIVE: Chelsea vs Newcastle – Kepa starts ahead of Edouard Mendy for Thomas Tuchel’s resurgent Blues as they look to climb into […]