The region, located south of Ukraine and just north of Russia-controlled Crimea, was invaded in February. Russia captured the capital of the oblast, Kherson on March 2, with Secretary of the United Russia General Council Andrey Turchak declaring: “Russia is here forever.”

The area, pre-war, had a population of around one million people.

On Sunday, July 3, the British Ministry of Defence, in its regular intelligence update, said: “Russian-backed officials have said they will hold a referendum on Kherson Oblast joining the Russian Federation by autumn 2022. Russia is likely prioritising a pseudo-constitutional vote in an attempt to legitimise its control of the region.

“Finding a constitutional solution for the occupation is likely a priority policy objective for Russia. It will highly likely be prepared to rig voting to achieve an acceptable result.” 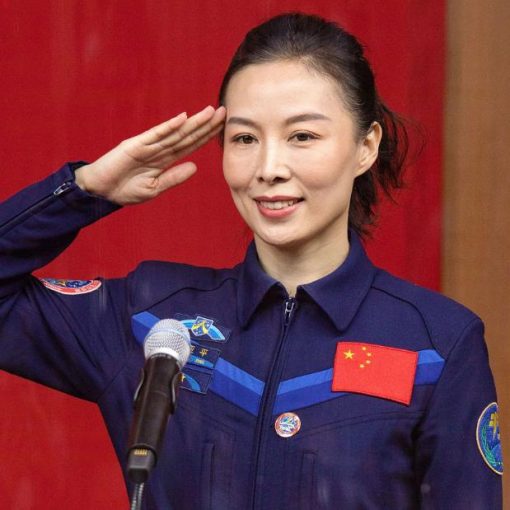 Wang Yaping, 41, is part of a three-member team heading for the Tiangong — or Heavenly Palace — space station, where she […]

New Jersey Rep. Mikie Sherrill said in a Facebook Live broadcast that she saw Republicans “who had groups coming through the Capitol […]