Ukrainian troops defending the key eastern city of Sievierodonetsk will “have to be withdrawn”, the regional governor confirmed this morning.

“Remaining in positions smashed to pieces over many months just for the sake of staying there does not make sense,” Sergey Haidai told Ukrainian television.

Unfortunately, we will have to remove our military from Sievierodonetsk, because staying in broken positions makes no sense – the number of dead is growing.”

The governor added that 90% of homes in Sievierodonetsk had been damaged or destroyed.

There are accusations and counter-accusations flying across Telegram this morning. The official Ukrainian account for the occupied city of Mariupol is accusing Russian forces there of building fortifications “under the guise of residential buildings”. It quotes mayor Vadym Boychenko saying:

The occupiers begin to build alleged residential buildings. The works are underway in the north-western part, almost on the outskirts of the city. That is, from the approximate direction of a counter-offensive. There is information from Mariupol residents that the occupiers are immediately digging trenches and deploying equipment behind these new buildings.

Neither of the sets of claims have been independently verified. Russia is the only UN member state to recognise the Luhansk People’s Republic as a legitimate authority.

Ukraine’s President Volodymyr Zelenskiy has just posted another comment on the decision of the EU to grant Ukraine candidate country status to Telegram. He writes:

It is officially recognized that Ukraine is not a bridge, not a pillow between the West and Russia, not a buffer between Europe and Asia, not a sphere of influence, not a “grey” zone, not a transit territory. Not the border between orcs and elves. Ukraine is a future equal partner for at least 27 EU countries. Ukraine is a candidate for accession to the European Union!

Sergei Lavrov, Russia’s foreign minister, has given an interview to state television in Belarus, and the Russian foreign ministry has put out what they regard as the key lines on social media, with Lavrov talking about “cancel culture” again. It quotes Lavrov saying:

The West fears honest competition. Hence, a desire to cancel the culture of any country that stands on its own, nationally-oriented positions.

When at last the Ukrainians have the grace to suggest resuming the diplomatic process, we will see what situation has emerged on the ground.

Ukraine tried to build its sovereignty by cancelling its own history. The West encouraged that approach and that conceptual vision of the Ukrainian state just to harm Russia.

Ukrainian troops defending the key eastern city of Sievierodonetsk will “have to be withdrawn”, the regional governor confirmed this morning.

“Remaining in positions smashed to pieces over many months just for the sake of staying there does not make sense,” Sergey Haidai told Ukrainian television.

Unfortunately, we will have to remove our military from Sievierodonetsk, because staying in broken positions makes no sense – the number of dead is growing.”

The governor added that 90% of homes in Sievierodonetsk had been damaged or destroyed.

Ukrainian troops have repelled an attack on the southern outskirts of Lysychansk, according to the region’s governor.

The city of Lysychansk is the last fully Ukrainian-controlled city in the region of Luhansk and has been a target for Russian forces in recent weeks.

Serhiy Haidai, the governor of the Luhansk region, one of two in the eastern Donbas, took to his Telegram account early this morning, saying:

The attack on Lysychansk was repulsed … the bodies of two victims were found.”

Haidai said Lysychansk and the neighbouring village of Borivske were hit by Russian air strikes overnight resulting in multiples houses being destroyed.

He added that a Russian offensive in the Borivskyi area was also successfully stopped.

Russia had, however, taken control of the village of Mykolaivka, located near a key highway to Lysychansk, which has been the focus of heavy fighting, he added.

Russia’s efforts to capture Sievierodonetsk and Lysychansk – the two remaining cities under Ukrainian control in Luhansk – have turned into a bloody war of attrition, with both sides inflicting heavy casualties. Moscow, over the last two weeks, has managed to make steady gains.

“The fighting is entering a sort of fearsome climax”, Oleksiy Arestovych said.

Serhiy Haidai, the governor of the Luhansk region, one of two in the eastern Donbas, added that Russian forces had been successful in their advances.

He said that enemy forces had captured Loskutivka, a settlement to the south of Lysychansk, which threatened to isolate Ukrainian troops.

The official also said that all Lysychansk was within reach of Russian fire and that Ukrainian troops there might retreat to new positions to avoid being trapped.

“In order to avoid encirclement, our command could order that the troops retreat to new positions,” Haidai said in a post on Telegram.

The Russian state news agency, Tass, cited Russian-backed separatists saying Lysychansk was surrounded and cut off from supplies after Russia captured a road linking the city to Ukrainian-held territories.

Zelenskiy immediately welcomed the move to grant Ukraine EU candidate status, calling it “a unique and historic moment” in relations with the 27-nation bloc.

“Ukraine’s future is in the EU,” he tweeted.

“It’s a victory,” he later added on Instagram. “We have been waiting for 120 days and 30 years,” he said, referring to the duration of the war and the decades since Ukraine became independent on the breakup of the Soviet Union. “And now we will defeat the enemy.”

In a televised address shortly after the announcement from Brussels, Zelenskiy said:

I believe this is what will always be the starting point of Europe’s new history. Europe without division. Europe without ‘grey’ zones. Europe that is truly united and that knows how to defend itself, its values, its future.

Today you have adopted one of the most important decisions for Ukraine in all 30 years of independence of our state.

However, I believe this decision is not only for Ukraine. This is the biggest step towards strengthening Europe that could be taken right now, in our time and in such difficult conditions, when the Russian war is testing our ability to preserve freedom and unity.”

European leaders granted Ukraine candidate status late on Thursday, in a historic decision that opens the door to EU membership for the war-torn country and deals a blow to Vladimir Putin.

EU leaders meeting in Brussels approved Ukraine’s candidate status nearly four months after the country’s president, Volodymyr Zelenskiy, launched his country’s bid to join the bloc in the early days of the Russian invasion. Moldova was also given candidate status.

The European Commission president, Ursula von der Leyen, declared it was “a good day for Europe”. The French president, Emmanuel Macron, said it was historic decision that sent “a strong signal towards Russia in the current geopolitical context”.

The move from applicant to candidate usually takes years, but the EU has dramatically accelerated the process, amid outrage over the brutality of the unprovoked Russian attack, and to show solidarity with Ukraine’s defenders.

“Ukraine is going through hell for a simple reason: its desire to join the EU,” von der Leyen had tweeted on the eve of the summit. The commission last week called on EU leaders to grant Ukraine’s candidate status.

Earlier, Ukraine’s foreign minister, Dmytro Kuleba, said candidate status would “draw a line under decades of ambiguity and set it in stone: Ukraine is Europe, not part of the ‘Russian world’”.

Ukraine’s ambassador to the EU, Vsevolod Chentsov, said earlier this week that the EU had moved at “lightning speed” by its standards.

Hello it’s Samantha Lock back with you as we continue to report all the latest news from Ukraine.

Here are all the major developments as of 8am in Kyiv. 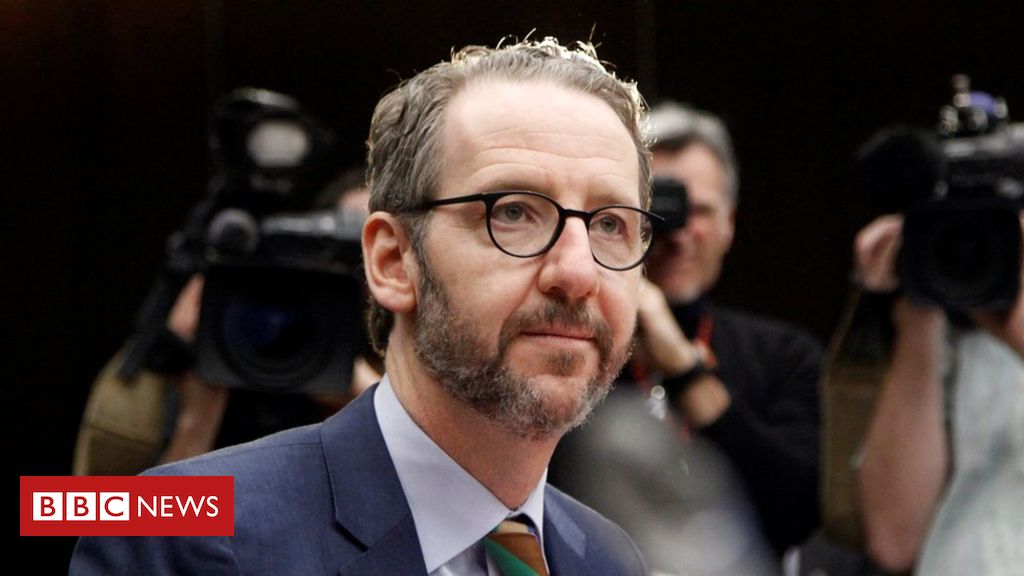 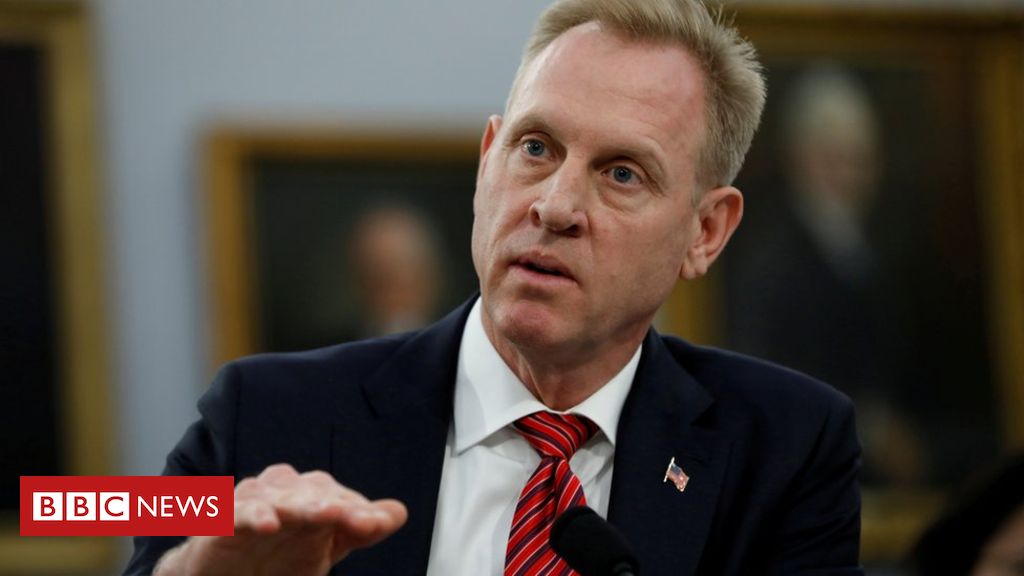 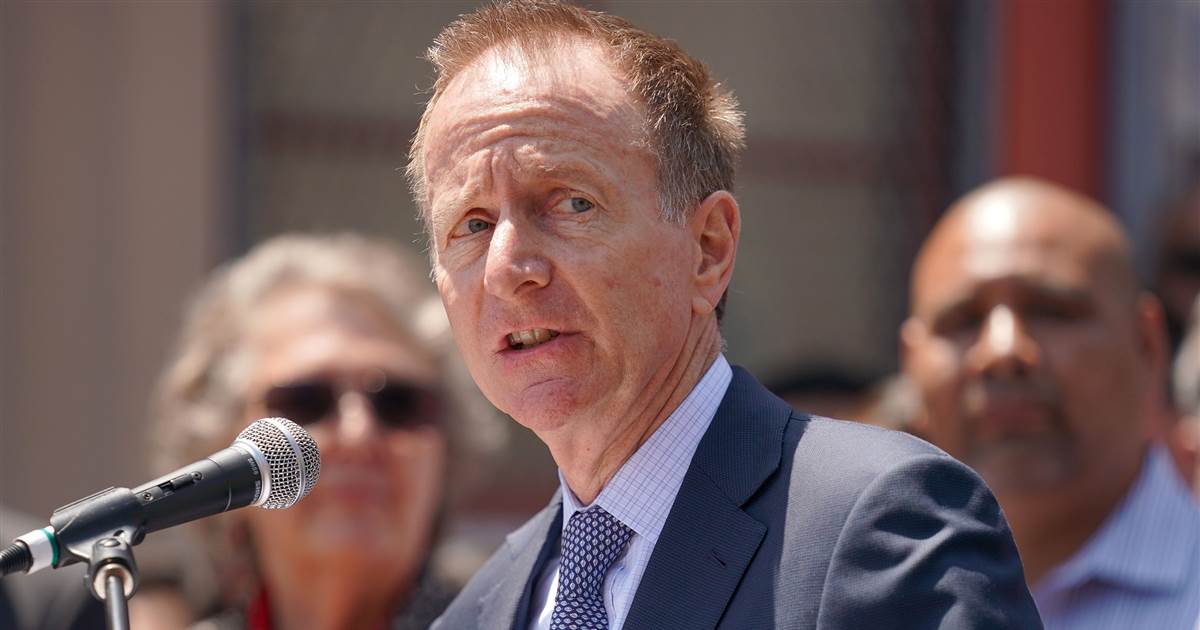 A day after the U.S. Centers for Disease Control and Prevention issued guidelines encouraging public schools to reopen, the leader of the […]