The company expects to produce more than 75 motors per year

WASHINGTON — Northrop Grumman on June 8 confirmed that it received a contract worth more than $2 billion over several years to produce solid rocket boosters for United Launch Alliance’s Atlas 5 and Vulcan Centaur launch vehicles.

Northrop Grumman’s CEO during a first-quarter earnings call in April said the company expected the contract to be signed in the second quarter of 2022.

The contract is for the production of 63-inch-diameter Graphite Epoxy Motor GEM 63 solid rocket boosters and the extended length GEM 63XL. ULA is ramping up orders of strap-on solid boosters to support upcoming launches for Amazon’s Project Kuiper low Earth orbit constellation and other customers.

A Northrop Grumman spokesman told SpaceNews that ULA’s contract “provides multiple years of high-rate production potentially extending work to the end of this decade and beyond.”

The company expects to produce more than 75 motors per year, the majority of which will be GEM 63XL, said the spokesman.

The company started to develop the GEM strap-on boosters in 2015 under contract to ULA.

The GEM 63 solid rocket booster first flew on ULA’s NROL-101 mission in November 2020. To date, 13 GEM 63 boosters have supported four Atlas 5 launches, with nine more scheduled to fly on three more Atlas 5 launches in 2022. Each booster provides 371,500 pounds of additional maximum thrust to the launch vehicle, and up to five boosters can be strapped on an Atlas 5.

The GEM 63XL was designed for the Vulcan Centaur rocket, which has not yet flown. ULA said it expects Vulcan’s first flight to take place in late 2022. Each XL booster will provide 463,249 pounds of additional thrust to the rocket, and as many as six boosters can be used on a single launch for a heavy-lift mission.

Northrop Grumman manufactures the GEM solid rocket boosters at several facilities in Utah. The spokesman said upgrades are being planned to fill the growing demand. “We are in the process of finalizing facility plans, but the expansion will primarily take place at our Bacchus, Utah, site, with other improvements also taking place at our Clearfield and Promontory, Utah sites.” Steve Kitay: The establishment of a U.S. Space Force is a major new development that has to be reflected in the DoD […] 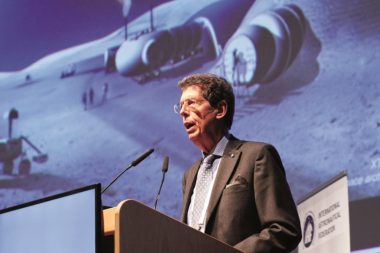 This article originally appeared in the Dec. 17, 2018 issue of SpaceNews magazine. The first thing to remember about Moon Village is […] 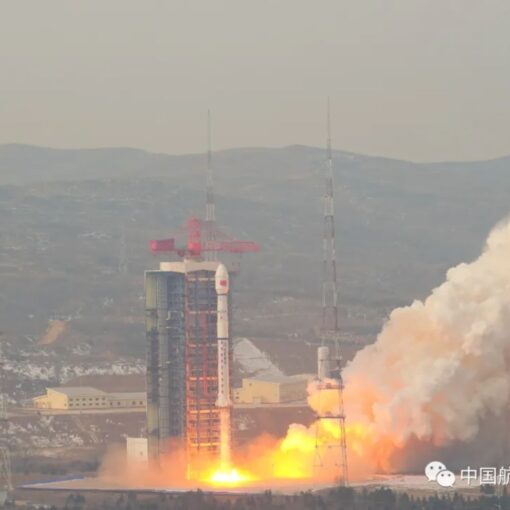 HELSINKI — China launched its third Gaofen-11 reconnaissance satellite Nov. 19, adding to a set of classified satellites with an optical resolution […]