Lewis Hamilton has reacted to Valtteri Bottas’ efforts to raise money for charity by selling images of his nude bum online. The 37-year-old has suggested he would buy one of his former Mercedes teammate’s cheeky pics if it meant helping charity.

Last week, Bottas sent the F1 fanbase wild with an Instagram post showcasing him enjoying a dip in a river within the Colorado wilderness. The outgoing Finnish driver was lying on his front, baring it all for the world to see, which sparked callbacks to his sauna scene in the F1 Netflix series ‘Drive To Survive’.

When discussing the popular image with the media ahead of Sunday’s Spanish Grand Prix in Barcelona, Bottas revealed he put it up for sale in print form for a day and ‘over 5,000’ purchased a copy. And the Alfa Romeo ace claimed he had raised £42,000 (€50,000) for charity.

When asked about whether he’d buy a copy of his ex-teammate’s backside, Hamilton was all for it and described the infamous Instagram post as ‘one of the best photos’ he’s ever seen. “I would for charity, for sure,” Hamilton admitted. “I didn’t know it was up for sale, but it’s one of the best photos I’ve seen.”

Bottas and Hamilton enjoyed a successful partnership at Mercedes but parted ways this season as George Russell replaced him at the Silver Arrows. But he has insisted he is still good friends with Hamilton off the track, and the duo have even continued travelling to some races together.

“It’s been nice,” Bottas explained. “It was pretty natural. After the race in Bahrain, I drove past him on the in-lap, and I heard he was on the podium, so I gave him a thumbs-up, and he did the same. We actually flew together after the race to Dubai, and we flew from Dubai to Saudi Arabia.

“So we are still sharing flights. In a way, nothing has changed. We are not teammates but still mates. It’s nice. We have a good relationship in a way. We did achieve quite a bit of things together as teammates. I think that kind of friendship will for sure last too.”

At half-time Millwall’s supporters must have been convinced this was going to be their day. Leading in the south London derby thanks […]

Kosovo (4-3-3) Arijanet Muric The Manchester City goalkeeper repelled effort by clubmate Sterling but had no chance with goals. 7 Mergim Vojvoda […]

William Carson, the grandson of the Derby-winning jockey Willie, faces a six-month ban from the saddle after becoming the fourth jockey this […] 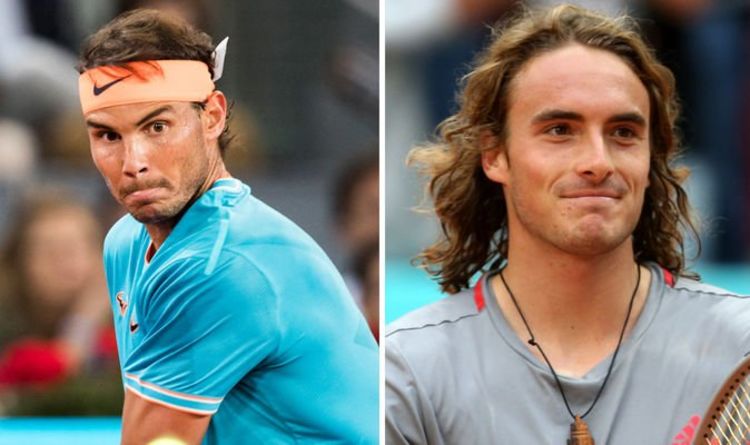 The Spaniard eased into the final four in the capital of his homeland by overcoming Stan Wawrinka 6-1, 6-2 yesterday in the […]