The world’s smallest porpoise face being fished to extinction if Mexican trawlers continue using deadly nets that have already been banned, experts warn.

There are just 10 vaquita porpoises left in the wild, according to a team from the University of California in Los Angeles,  who carried out genetic research on the marine mammals, which live in a small area of the Gulf of California in Mexico.

Reaching no more than 5ft in length, the species often become entangled and die in large mesh gillnets used by poachers hunting the endangered totoaba fish.

Mexico has outlawed totoaba fishing and made the use of these nets in the vaquitas’ habitat illegal, however, the team say the bans are not always enforced.

Despite inbreeding, they may not be completely doomed, said lead author Christopher Kryiazis, but the ban needs to be properly enforced.

They are able to survive thanks to a wider than expected genetic diversity among the tiny population, but if any fishing continues, they will die out completely. 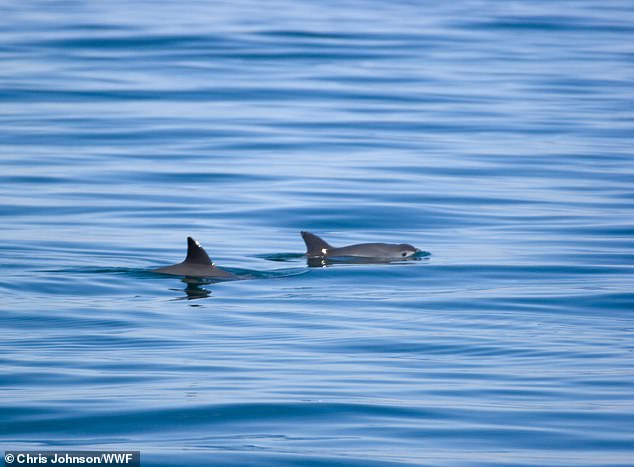 The world’s smallest porpoise face being fished to extinction if Mexican trawlers continue using deadly nets that have already been banned, experts warn

The vaquita porpoise is on the brink of extinction, with 10 or fewer still living, but as recently as 1997 there were an estimated 570 individuals in the area.

A genetic analysis by a team of UCLA biologists found that the critically endangered species remains relatively healthy and can potentially survive.

‘Interestingly, we found the vaquita is not doomed by genetic factors, like harmful mutations, that tend to affect many other species whose gene pool has diminished to a similar point,’ said Christopher Kyriazis, study co-author.

He warned that ‘outlawed fishing remains their biggest threat’ and even if a small amount of fishing continues, the species will die out.

The small porpoises often become entangled and die in the large mesh gillnets used by poachers hunting the totoaba.

This is an endangered fish that is highly valued for perceived medicinal properties, and is also kept as a financial investment by poachers.

The researchers analyzed the genomes of 20 vaquitas that lived between 1985 and 2017, then conducted simulations to predict extinction risk over the next 50 years.

They concluded that if gillnet fishing ends immediately, the vaquita has a very high chance of recovery, even with inbreeding.

There are 10 vaquita porpoises left in the wild, according to a team from the University of California in Los Angeles, who carried out genetic research on the marine mammals, which live in a small area of the Gulf of California in Mexico

If, however, the practice continues, even moderately, the prospects of recovery are less optimistic, the team warned.

‘Relative to other species, the vaquita has a higher chance of rebounding from an extreme population crash without suffering severe genetic consequences from inbreeding,’ said co–lead author Jacqueline Robinson, from US San Francisco.

‘Genetic diversity in vaquitas is not so low that it constitutes a threat to their health and persistence. It simply reflects their natural rarity.’

GILLNETS A LARGER RISK TO VAQUITA THAN INBREEDING

Vaquitas could not avoid gillnets set for shrimp and finfish – including for totoaba, the IUCN Red List threatened species – that shares their habitat.

Swim bladders of totoaba are valued as investments and for traditional medicinal purposes in China.

Gillnets stretching through the water like giant tennis nets to catch the fish also entangle vaquitas, and the small porpoises drown.

Gillnets set for totoaba rapidly decimated vaquitas, killing them too fast for inbreeding to develop among the survivors.

The few vaquita left still reflect the broader genetic diversity of the larger population they came from.

‘The reality is that there is no predetermined outcome here,’ said Phillip Morin, a research geneticist at NOAA Fisheries’ Southwest Fisheries Science Center and co-author.

‘The survival of the individuals, and the species, is in our hands.

‘There is a high probability genetically that they can recover, if we protect them from gillnets and allow the species to recover as soon as possible to historical numbers.’

Genetic diversity is an important measure of species survival, specifically of the differences that exist across the genome among individuals in a population.

Large populations tend to have many differences, while naturally smaller or decimated ones have fewer differences.

This results in them becoming genetically similar – leading to greater incidence of harmful mutations.

These endanger the population since individuals are more likely to inherit the same mutated gene from both parents than if greater diversity was present.

‘However, our finding that the vaquita likely has fewer strongly deleterious mutations hiding in the population means that they are better poised to survive future inbreeding, which bodes well for their overall recovery.’

Much of their protection from inbreeding has to do with the fact that they have always been a small population in a very small habitat in the northern tip of the gulf, the researchers said.

However, the team speculate that the historic numbers were never large.

‘They’re essentially the marine equivalent of an island species,’ said Robinson, who noted the species has survived for tens of thousands of years with low diversity.

‘The vaquitas’ naturally low abundance has allowed them to gradually purge highly deleterious recessive gene variants that might negatively affect their health under inbreeding.’

‘With genomic datasets, we now have the ability to address this complexity,’ Robinson said.

‘Species can vary in their levels of harmful genetic variation, and they will not all be affected exactly the same way by reduced population size or inbreeding. There are now many examples of species recovering from extreme declines.’

‘We hope our analysis is useful not only in demonstrating the potential for the vaquita to recover,’ Kyriazis said, ‘but also in highlighting a novel genomics-based simulation approach for endangered species.’ 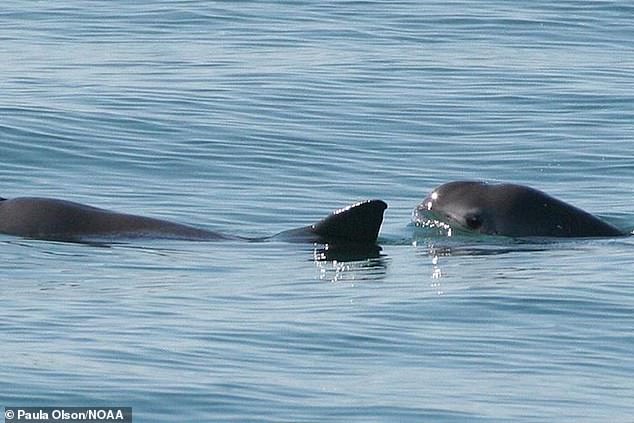 Reaching no more than 5ft in length, the species often become entangled and die in large mesh gillnets used by poachers hunting the endangered totoaba fish

Encouragingly, the surviving vaquitas in the northern Gulf of California are actively reproducing and appear healthy.

But poachers’ gillnets continue to pose an existential threat to the species, and unless further measures are taken to protect the porpoises, there is a distinct possibility they may go extinct.

The loss would be a great tragedy, said the study’s senior author, Robert Wayne.

‘It represents a unique evolutionary lineage — there is no similar species anywhere in the world — and its loss would rob the ecosystem of an important predator adapted to this unique ecosystem.’

The findings have been published in the journal Science.

New research by the NOAA and University of California, Los Angeles, examined the genetic patterns of vaquitas porpoises from tissue samples collected by Mexican researchers since the 1980s.

‘Who would have thought that several decades later these same samples could tell us so much,’ said Lorenzo Rojas-Bracho, a co-author on the study.

He was one of the first to examine vaquita samples using genetics and now leads vaquita research for Mexico.

‘Genomics gives us clues into the species’ past but also lets us peer into the future. Despite the small numbers, the species could recover if we stopped killing them.’

Genetics show that the species emerged roughly 2.5 million years ago, eventually adapting to the shallow, highly productive waters of the northern Gulf of California.

The earlier analysis also revealed that the species’ abundance fluctuated from a few thousand to around 5,000 for over the last 250,000 years. This makes the species naturally rare compared to many other marine mammals.

The relatively small size of the vaquita population appears to have reduced the risk associated with inbreeding.

Smaller populations have less genetic variation from one animal to another, and fewer harmful mutations.

Over time, when two animals with harmful traits occasionally mated, they produced compromised offspring that likely died. That process gradually purged many harmful traits from the population.

The impacts of those harmful variants rarely appear, however, because an animal must typically get the same harmful variant from both parents for it to be expressed. Since these variants are rare, that doesn’t happen often.

When a large population shrinks rapidly, though, the odds of close relatives mating increases. That increases the likelihood that both parents carry the same harmful mutation.

When that happens, offspring then suffer what is known as ‘inbreeding depression,’ which undermines their health.

Their deteriorating health can compound itself and propel the species into what some call an ‘extinction vortex.” 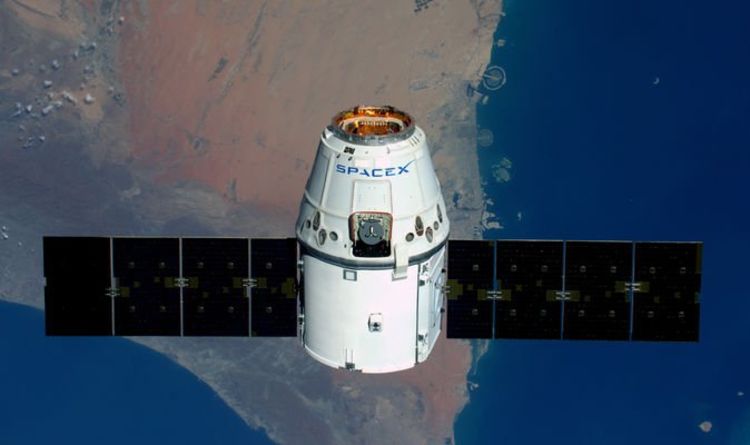 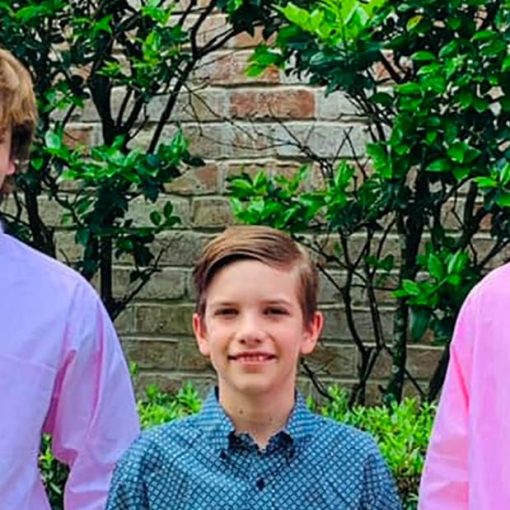 Collins, 66, was visiting the family’s weekend ranch in Leon County with four of his seven grandchildren — brothers Waylon, 18, Carson, […] 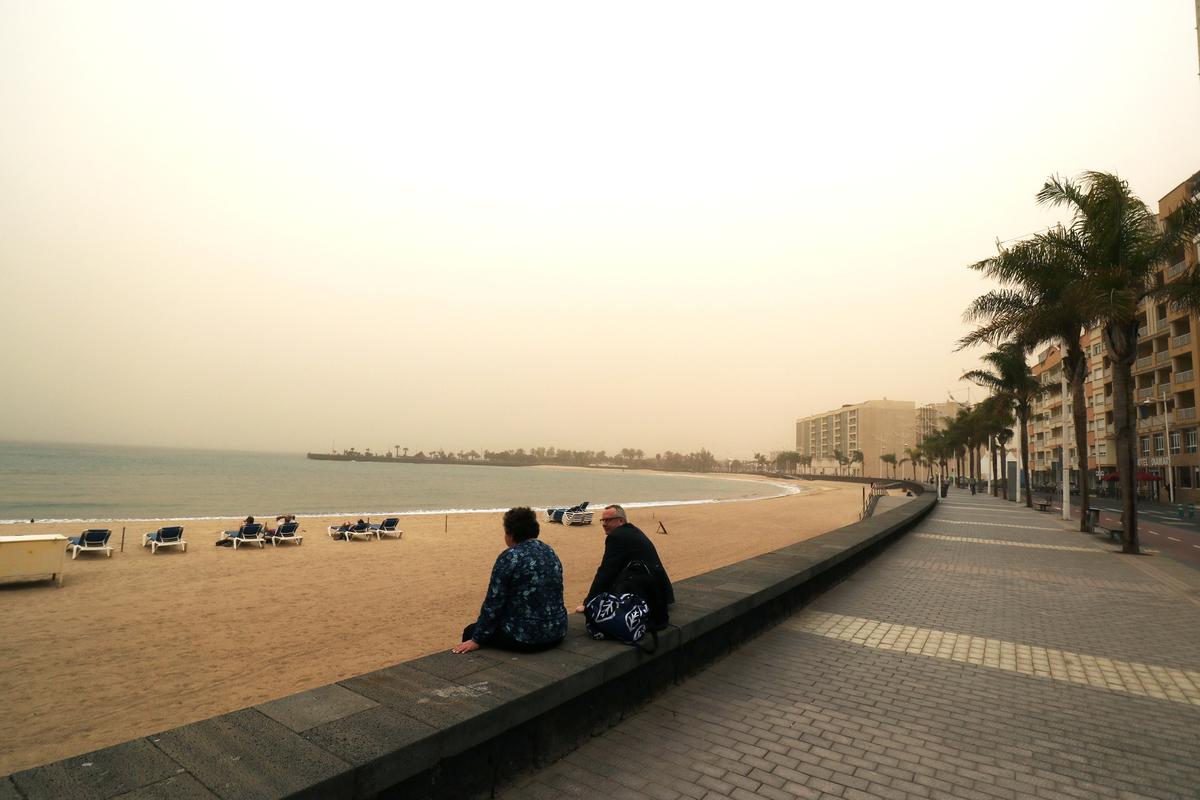 Gravel-voiced Jack Grealish insults Newcastle star Miguel Almiron, joking that Riyad Mahrez ‘had to be taken off’ for playing LIKE HIM, after […]