“This is a devastating blow for millions of people who will find themselves in a vast abortion desert,” Jennifer Welch, president and CEO of Planned Parenthood of Illinois, said Tuesday in a news conference. They will face a “daunting dilemma,” she said: “If they travel thousands of miles to Illinois to get the care they need, if they seek an illegal alternative or carry a pregnancy to term against their will.”

If Roe v. Wade is overturned, returning the question of abortion to the states, those like Illinois — which has codified protections for the right to an abortion — will be faced with treating patients from nearby states that ban it. The Supreme Court on Tuesday confirmed the authenticity of the draft opinion, stressing it is not the final decision, which is expected in June.
More than half of US states could ban abortion if Roe v. Wade is repealed, including 13 states with so-called “trigger bans” that would almost immediately outlaw abortions within their borders if the landmark case is upended. If that happens, people could be forced to travel out of their home states to reach the nearest clinic to secure the procedure, according to an analysis by the Guttmacher Institute, an abortion rights research organization.

“We’ve been preparing for this for years,” she said, pointing to the organization’s efforts to build new health centers near Wisconsin and Indiana, as well as infrastructure to provide care via telehealth and the mail for qualifying patients.

“We’re going to be ready to meet the moment,” Thornton-Greear said, “and tap into the resolve and be sure people get the care they need.”

Clinics in some states are already doing this work

Another state potentially facing the new reality is New Mexico, which is bordered by several states that have severely restricted or would likely ban abortion if the Supreme Court overturns Roe v. Wade. That includes Texas, which has a controversial law banning abortions at six weeks — before many women would know they’re pregnant — and that allows citizens to sue people who provide such services.
A similar law was signed Tuesday by GOP Gov. Kevin Stitt of Oklahoma, which borders New Mexico for a short distance along the westernmost edge of its panhandle. New Mexico’s neighbor to the west, Arizona, could also restrict abortion, per the Guttmacher Institute, as could Utah, directly to the northwest.

Asked if New Mexico would be ready for an influx of people seeking legal abortions, the Democratic governor said it’s “tough to know whether or not you’re prepared.”

But New Mexico is “going to stand as a place that protects and supports women wherever you are,” Gov. Michelle Lujan Grisham told CNN’s “The Lead” on Tuesday. “This is a state that’s not going to turn women or their families into second-class citizens or work to restrict their constitutional rights.”

New Mexico has already been doing that work, she added: “Women and their families have been coming to New Mexico for a long time because (other states) restrict access.”

To compare: In Illinois, of more than 46,000 abortions performed in 2020, more than 9,600 procedures served out-of-state residents, state Department of Public Health data show. Most of those — more than 6,500 — came from neighboring Missouri, which has just one abortion clinic.

If Roe v. Wade is overturned, Planned Parenthood of Illinois expects to see double to five times the number of out-of-state abortion patients who can’t access the care where they live, Thornton-Greear said.

“If you look at all the states around Illinois,” she said, “those states are all poised to lose access once the Supreme Court renders its decision.”

“So we’ve been focused, again, for years on building this physical infrastructure to meet this increased demand,” she said, adding, “We’re ready, and we’re getting more ready.”

In Colorado, where the Democratic governor last month signed a law codifying the right to an abortion, health care providers are preparing to serve more patients from neighboring states where the procedure likely would be banned if Roe v. Wade is repealed, CNN affiliate KCNC reported. That includes the Colorado Doula Project, a nonprofit that advocates for abortion rights.

“For every state that says no, we are holding the line,” one of the group’s board members, Confidence Omenai, told the station. “Roe v. Wade may fall, but we will not.”

Meantime, the owner of Mississippi’s only abortion clinic — the very clinic at the center of the Supreme Court’s draft opinion — is planning to open a new clinic roughly a thousand miles away.

Jackson Women’s Health Organization, aka the Pink House, had challenged Mississippi’s 15-week abortion ban. Anticipating a Supreme Court outcome akin to the draft opinion, its owner and president has been planning to expand to New Mexico, she told “CNN Tonight.”

“We have long thought that our time was limited and that Roe would be overturned,” Diane Derzis said Tuesday. “So, we have made plans.”

Her clinic in Jackson, Mississippi, has been treating out-of-state patients, namely from Texas, she said.

“Now multiply that by the numbers from the states who have yet to ban it,” Derzis said. “And that’s going to give you some idea of the nightmare this is going to become. Hundreds of thousands of women trying to get medical care.”

Mere hours after the leak of the Supreme Court’s draft opinion, the Santa Clara County, California, Board of Supervisors unanimously decided to commit $3 million to Planned Parenthood for the expansion of services ahead of an expected influx of out-of-state patients.

“The leaked Supreme Court opinion that would overturn Roe v. Wade has made real the fears of so many of us,” Santa Clara County Supervisor Cindy Chavez said of the draft opinion.

Planned Parenthood Mar Monte, in Northern California, since July has treated 80 patients who crossed state lines to get care, the organization’s president and CEO, Stacy Cross, said during a news conference Monday before Politico’s report on the leaked draft majority opinion published. Seventy percent of them, she said, were people of color, and 62% had an annual family income of less than $26,000.

The new money from the county will be used to expand the facility’s clinics by adding rooms to see patients, doubling telehealth efforts countywide and doubling the number of tests performed in the health center’s lab, Cross explained, “increasing access to patients who need it most.” 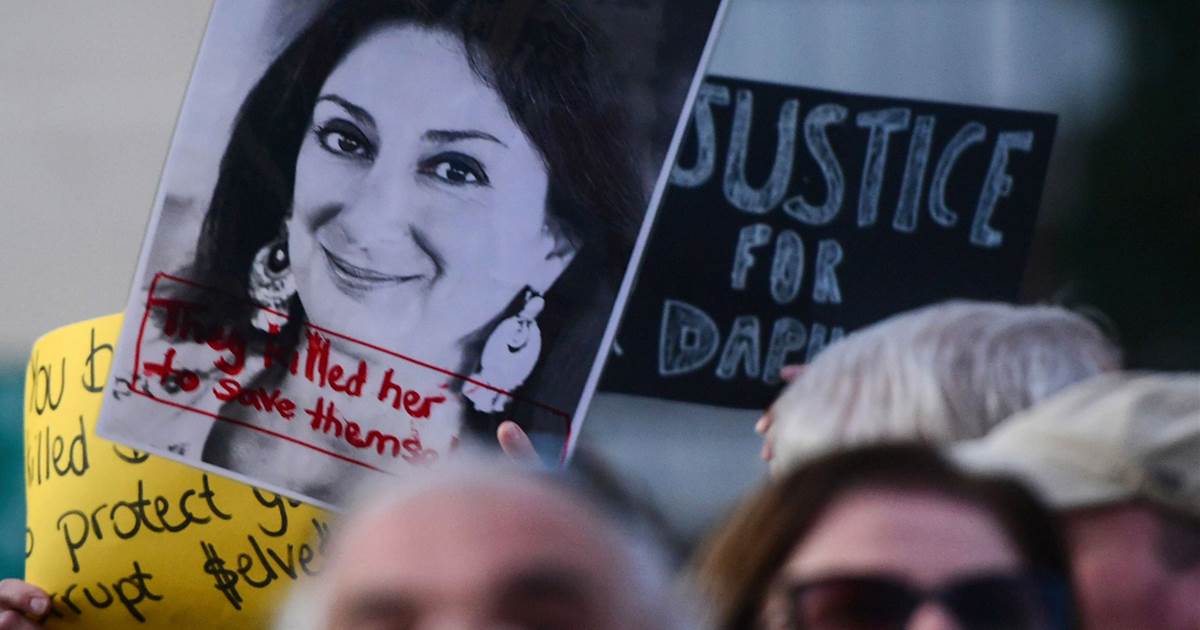 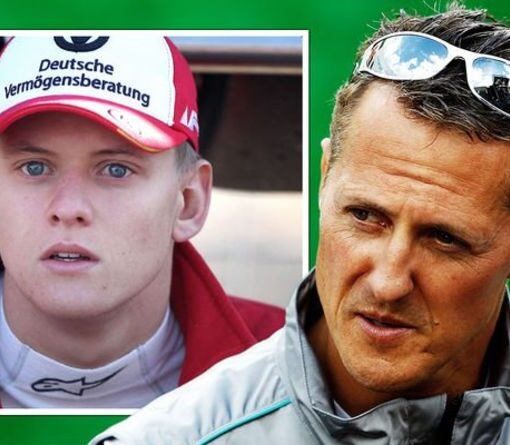 F1 legend Michael Schumacher, who retired from the sport in 2002 after winning a record seven world titles, suffered a serious head […] 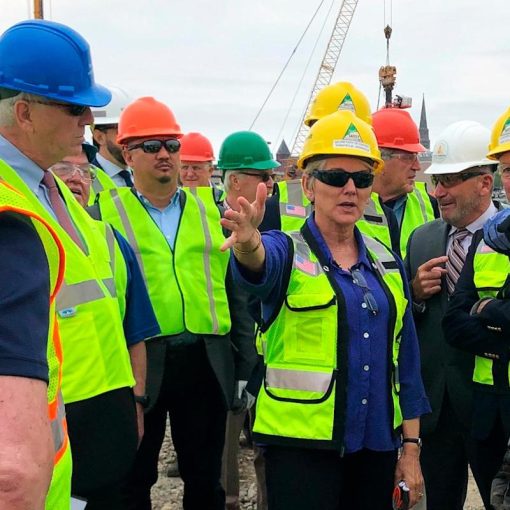 NEW LONDON, Conn. (AP) — The growing offshore wind industry is often touted as a boon for job creation, but who will […] 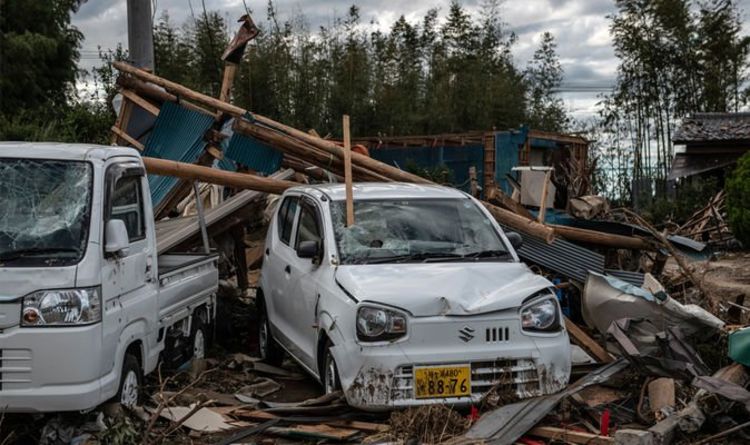 According to reports, the typhoon may have been the most powerful to hit Japan since 1958, when more than 1,200 people were […]